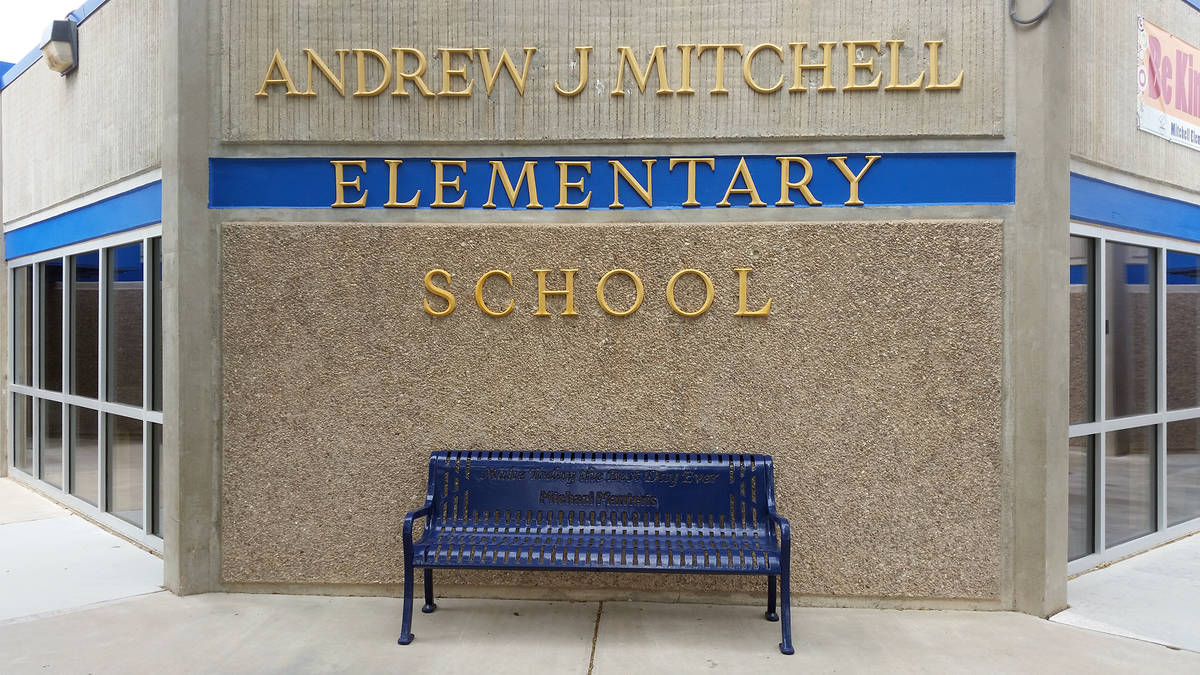 Students at Mitchell Elementary School will be allowed back on campus March 1, according to new guidance from the Clark County School District.

Some of Boulder City’s youngest students will be back on campus in less than a month.

Not having students on campus Wednesdays will allow for extensive cleaning, he said.

Mitchell has students in kindergarten through second grade. Even though they will be back on campus, Day said the school days won’t be the same as before the pandemic.

“Children eating in their classrooms, as opposed to eating in the lunchroom, and limited movement throughout the building are just a couple of aspects of school that will be different from what we are used to,” he said. “Students and staff will wear masks and social distancing protocols will be in place. It’s a big adjustment to make in the middle of the year, but I’m excited to have students back in the building. It’s definitely a step in the right direction, so all of these adjustments will be well worth it.”

Day said parents also have the option to have their children continue remote learning five days a week.

“The parents, staff and community at Mitchell have always worked so well together, and we will need to continue to have that kind of synergy in order to make this work,” he added. “While there may be a few bumps in the road as we get this new hybrid model off the ground, I am confident that we will succeed.”

King Elementary School serves students in third through fifth grade and Principal Jason Schrock said they have permission for students in all the grades to return to campus. However, he doesn’t have a date for when that will happen.

Schrock said he has a meeting scheduled today, Feb. 4, to discuss implementing a hybrid instruction model.

“We are also asking that our fourth and fifth grade families complete a hybrid survey that was released last week. This survey will help us determine the total number of fourth and fifth grade students who will return to campus and which students will continue to attend using a distance learning model. Our parents in third grade have already completed this survey and we are in the process of organizing cohorts for individual third grade classrooms,” he said.

Schrock also said the school’s office reopens to the public Feb. 22. In the meantime, parents with questions can reach out by telephone or email.

At a recent news briefing, Jara said the March 1 return date was necessary in order to prioritize COVID-19 vaccinations for the teachers and staff — such as food service workers and school bus drivers — needed to support the in-person component of the hybrid teaching model. Employees required for that duty were instructed by the district memo to report to work sites Feb. 22, a week before some students return.

He also said he remains hopeful older students will be able to return to the classroom before the end of the school year.

Nevada Gov. Steve Sisolak said he was glad to see CCSD announce plans to begin a return to in-person learning for preschool through third grade.

“I ask everyone to continue these efforts and develop future plans for more grades to return in a safe manner,” he said. “The state will continue to assist in any way possible. We have already worked to supply PPE (personal protective equipment) and access to testing. Additionally, the state laid out its clear goal of prioritizing the vaccination of educators as quickly as federal allocations allow.”

For now, middle and high students remain in distance learning with no return date in sight. This is despite permission granted in July by district trustees for schools in rural communities where COVID-19 transmission has remained low permission to bring students back under a hybrid plan. Additionally, in January, they voted to approve Jara’s recommendation that schools be allowed to bring individual or small groups of students back to campus on a voluntary basis.

In a joint message sent to parents this week, Garrett Middle School Principal Melanie Teemant and Boulder City High School Principal Amy Wagner wrote that faculty and staff are “reviewing guidelines, assessing building readiness, and evaluating a variety of factors to identify students who may benefit from being invited to campus.”

The letter stated that the focus of those visits could include instruction, as well as emotional support and academic screenings or interventions.

For parents, having students back on campus needs to happen sooner rather than later.

“Depression is running very high among the kids,” said Kerri Freeman, who has a son in high school.

Some have sought professional counseling to deal with the lack of interaction among their peers and others have lost interest in completing their educations.

She said many of her son’s friends have “hit a wall. … I know several kids who have dropped out.”

Freeman said that for many sitting in front of a computer isn’t as effective as being in the classroom.

She is part of a group of parents that is trying to see what can be done to get their kids back in school.

“Our main thing is the mental state of the kids,” she said.