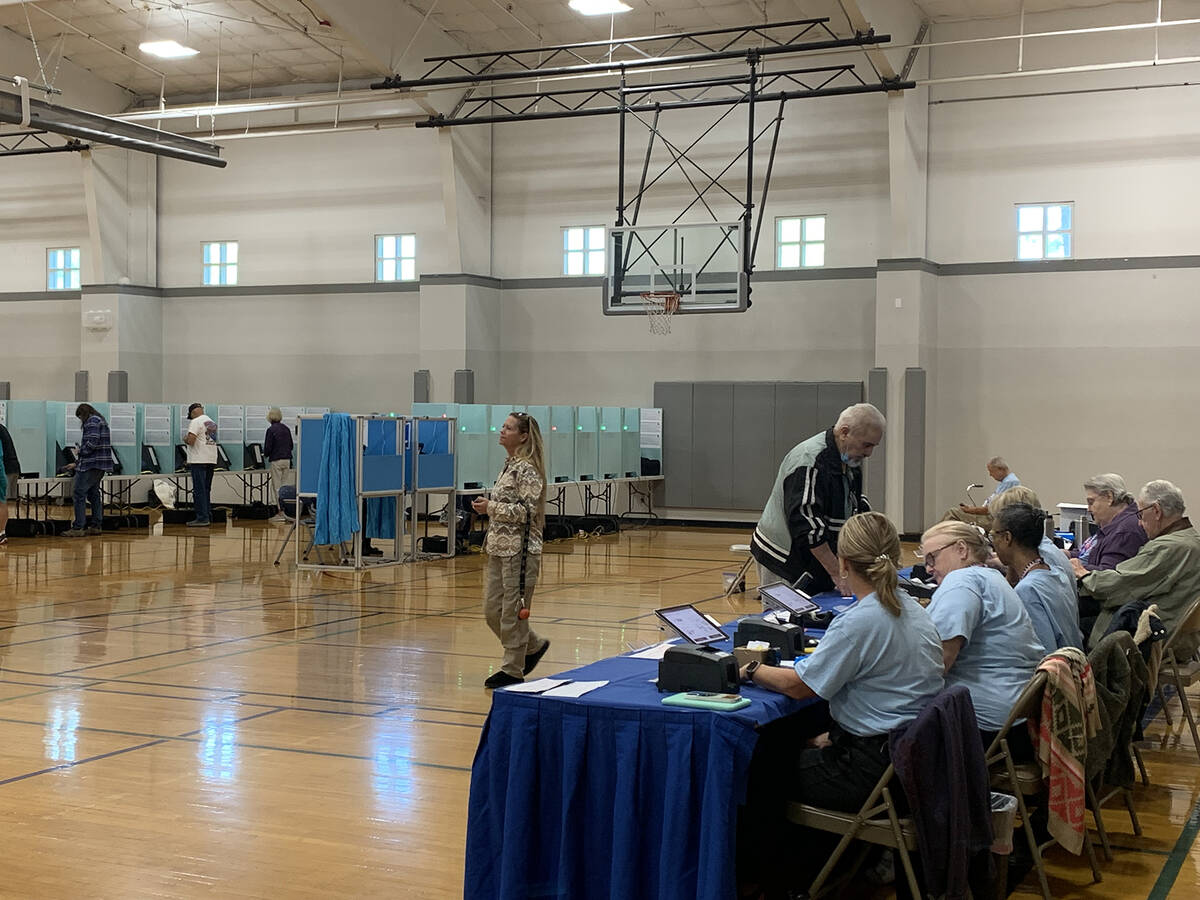 Wednesday’s results were not available by press time.

Early voting continues through Friday in Boulder City and throughout Clark County.

Incumbent James Howard Adams and Cokie Booth are vying for a seat on City Council.

There also are three local questions on the ballot.

The first question asks if the city should sell 16.3 acres of city-owned land specifically for development of a grocery store and related retail uses, with proceeds being used for capital improvement fund needs.

The second question asks if the city should spend as much as $7 million for public safety facility improvements, including building a new police station and training area at the fire station.

The third question asks if the city should allow clean-energy technologies within the Eldorado Valley.