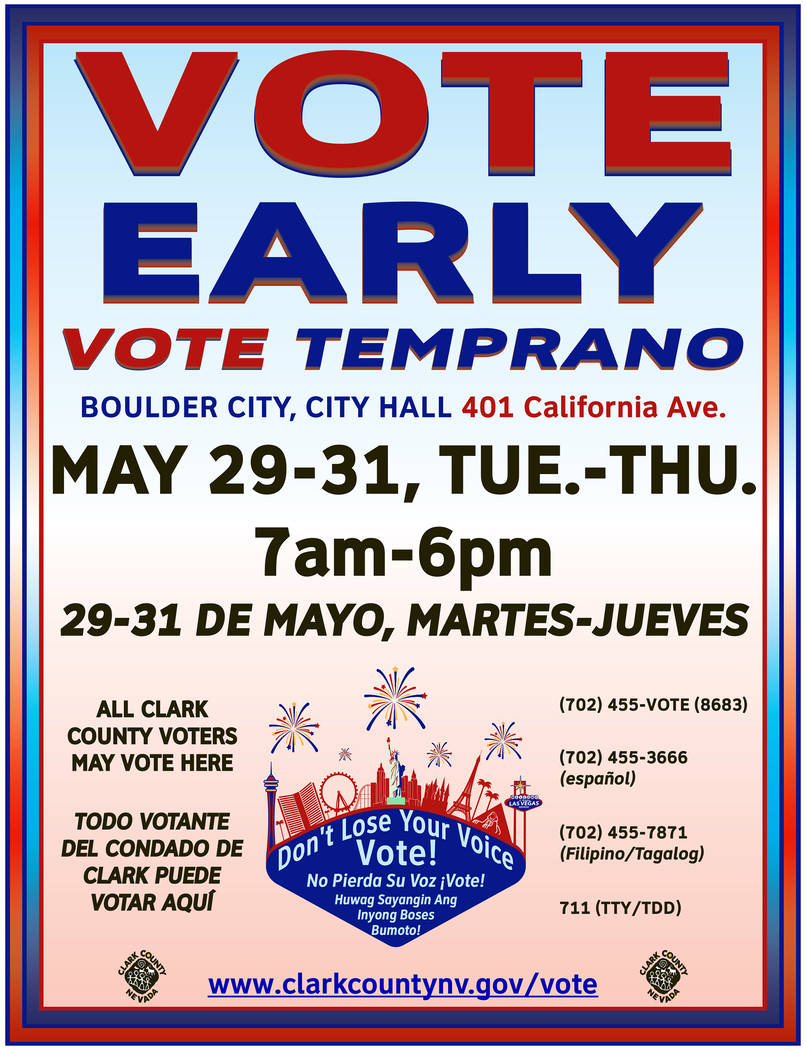 Early voting for Clark County’s primary election starts Saturday, May 26, and will continue through Friday, June 8.

Boulder City residents can cast their votes locally at City Hall, 401 California Ave., from 7 a.m.-6 p.m. Tuesday, May 29, to Thursday, May 31. They, and all other registered voters, can also vote early at any other polling center in Clark County.

The primary election takes place Tuesday, June 12 and will select the Democratic, Republican and nonpartisan candidates who will run in the general election in November.

At this election, local residents will be able to vote on federal, state and county positions representing Boulder City.

Additionally residents will be able to vote on other various state and county positions including the governor, secretary of state and attorney general.