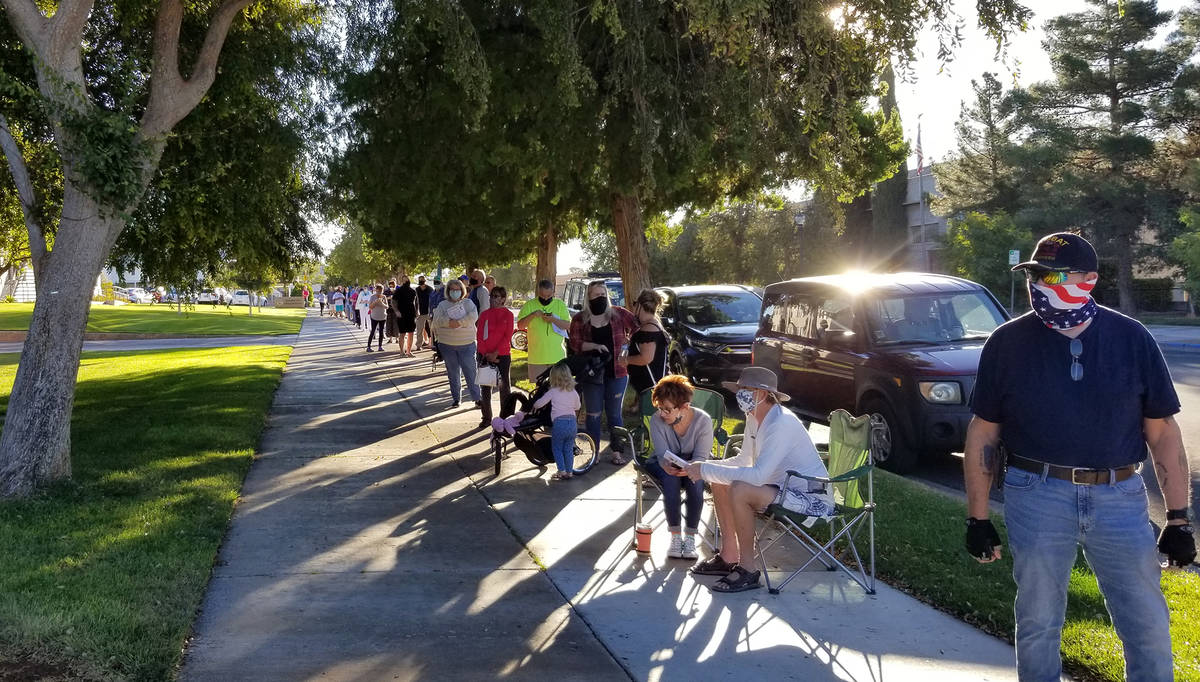 Celia Shortt Goodyear/Boulder City Review Residents lined up to cast their vote at City Hall on Saturday, Oct. 17, the first day of early voting. The line stretched to the Parks and Recreation building 10 minutes before the doors opened. 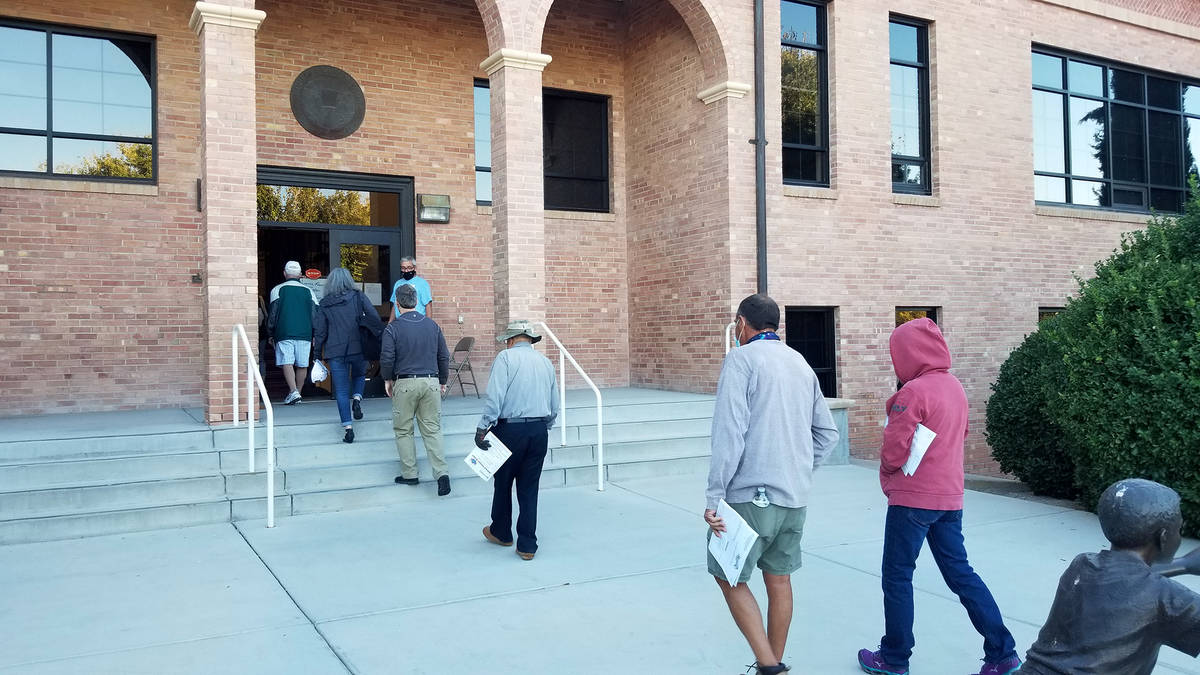 Tens of thousands of people in Clark County have already participated in early voting with more than 3,000 casting their votes in Boulder City.

Early voting took place at City Hall from Oct. 17-20. On the first day, the line of people waiting wound to the Parks and Recreation building at 900 Arizona St.

“Coming from a foreign country, I know how important it is to vote. … You should be involved in your local government,” said Jesus Velasquez.

He said it was “good” that so many people were there to vote and he was not scared about catching COVID-19.

“People are wearing masks and being socially distant,” he said.

Patti Patterson also said she wasn’t nervous about the virus.

“We just have to be responsible,” she said. “We can’t live in a bubble. We just need to be conscientious and responsible.”

Patterson said she came on the first day of early voting because she was “anxious” to exercise her privilege to vote.

“People are so anxious to vote,” she said. “It’s only going to get busier.”

She also said she was “amazed” at the number of people who were waiting in line.

“I’m touched and very, very impressed that we care not just for local but for the government as a whole,” she said.

Boulder City resident Char Johnson said she drove by City Hall several times Saturday to check on the length of the line to vote and decided to wait until Tuesday to cast her ballot.

“I figured it would get better as the days went on,” she said.

Though the line was shorter Tuesday, a steady stream of voters kept it stretched the length of City Hall around noon.

Johnson said that she felt it was important to vote in person because of problems she had heard and read about. “I wanted to make sure my vote counted.”

“There have been hard times in the U.S. We need to vote and get as many people as we can out here,” he said.

Daniel Topchi, who waited in line with his son Tuesday, said he always votes in person and felt no reason not to this election.

Early voting has ended in Boulder City, but people can still participate at other locations in Clark County through Oct. 30. If they don’t want to vote in person, they can also drop off their mail-in ballot at City Hall, 401 California Ave.

City Clerk Lorene Krumm said the election department drop box will be available in her office until Oct. 29. She said the ballots in it are picked up daily and taken to the Clark County Election Department under “lock and key.”

People can track the status of their mail-in ballot by signing up here: http://nevada.ballottrax.net/voter/.

On Election Day, the Boulder City vote centers will be at the recreation center, 900 Arizona St., and King Elementary School, 888 Adams Blvd. Both will be open from 7 a.m. to 7 p.m.

In the last presidential election in 2016, 48 percent of the total turnout voted early. After four days of voting, 110,307 people, had cast their ballots.