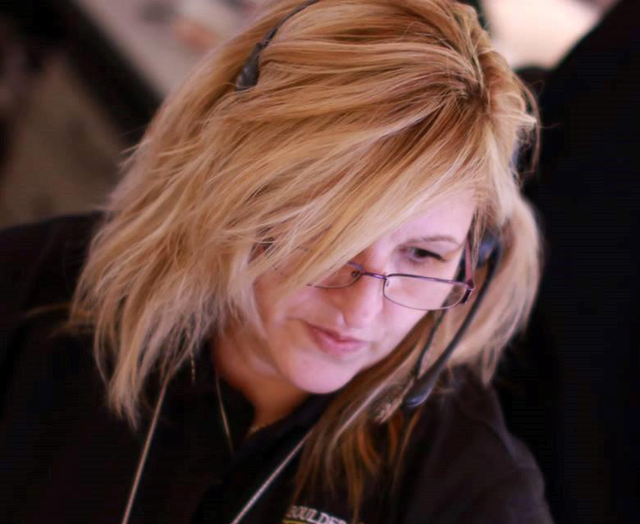 Here is more information on some of the basic functions of the Boulder City Police Department and what each provides the citizens we serve.

The dispatch division is most likely the division most of you will talk to first in the event of a crime or emergency. The dispatch center is open 24 hours a day, seven days a week. We have six full-time dispatchers and one part-time dispatcher (in training) to cover all these shifts.

Boulder City’s jurisdiction covers a large area. Our city limits go to the edge of the first parking lot approaching Railroad Pass from our city. Then, continue down U.S. Highway 95 to mile marker 32 past the solar fields toward Searchlight. The southern border is at mile marker 6 nearing the sign at the bottom of the hill leading into National Park Service jurisdiction.

The city has many miles of sage and sand between town and Nelson including the Western Area Power Association complex and turtle conservation area. Bootleg Canyon and various locations along old U.S. 95 to the right of U.S. 95 are also included.

We are responsible for police, fire and medical calls including 911 calls made in our area. We are also the after-hours contact for power, water and sewer issues. One power outage can cause pandemonium because of our level of staffing, so please listen to the recording on the nonemergency line (702-293- 9224, ext. 1) for updates.

With only one person typically in dispatch, it is difficult to make calls for crews to respond, put updates on the recording and field calls from hundreds of residents. Add that to the normal, everyday calls that come in, and it can be overwhelming. You may be put on hold for several minutes during these instances.

We will have specific questions during routine and regular calls, so be patient with our interrogations so we can get help heading your direction in the fastest and safest possible manner. We offer home drug-test kits for sale, in limited quantities, for $10 cash, and they can be purchased in person in the front lobby.

That’s just a brief view of the wonderful world of dispatch. Take care out there and we’ll explore more about your department next week.

Sept. 29 See person: The caller believes that the subject posting a warning about Yellowstone blowing up near the corner at Albertsons may secretly be intending harm to schools at 7:35 a.m. in the 800 block of Nevada Way.

Vandalism: The responsible party states someone damaged the property with a blowtorch at 8:39 p.m. in the 800 block of Avenue A.

Thought for the day: The elderly male warning folks via poster board about Yellowstone means just what he wrote. It’s a volcano, folks, and someday it’s likely to surprise us, schools and all.

Sept. 30. Suspicious: The intoxicated man decides that his bike ride has been long enough and when he falls down, he decides to just take a nap while he’s there at 12:21 a.m. in the 600 block of Avenue C.

Vehicle burglary: The interior of the car is rifled through, with items tossed about. Unknown what may have been taken out of the unlocked vehicle at 8:33 p.m. in the 500 block of Hopi Place.

Thought for the day: Numerous cars are hit every night, folks. Lock the doors or the consequences could be substantial.

Oct. 1. Suspicious: The large open area looks inviting to the residentially challenged individual as he parks his car and sets up his home away from home at 9:17 a.m. in the area of mile marker 47 on U.S. Highway 95.

Hit and run: The victim chases down the subject driving away from the accident scene and prevents him from leaving until we can arrive at 5:06 p.m. in the area of Industrial Road and U.S. Highway 93.

Thought for the day: Keep your safety in mind, folks. Get a good description and a plate, 911 on hands-free until we can arrive is best.

Oct. 2. Suspicious: The intoxicated man found urinating on the sidewalk was escorted home with sober friends and a stern warning at 2:13 a.m. in the area of Avenue B and Nevada Way.

Suspicious: The reporting party states there is a woman nearby yelling and throwing everything out of her vehicle onto the ground at 5:14 a.m. in the 900 block of Nevada Way.

Thought for the day: The woman insists there are mice in her car and she will find them if it’s the last thing she does.

Oct. 3. Lost property: A man comes into the lobby to report his wallet missing and states he can be reached at the bar if anyone finds it. At 10:10 a.m. in the 1000 block of Arizona Street.

Assist: The all-terrain vehicle riders discover a man in a Mercedes who didn’t make it overly far on his four-wheel drive adventure during the middle of the night at 10:52 a.m. in the area of the 2300 block of Buchanan Boulevard.

Thought for the day: The elderly man was lucky to be discovered. This is not the place for a handicapped driver and a luxury car.

Parking: The officer discovers a man who has decided that it’s just too expensive to pay rent and utilities and has moved himself, his boat, his trailers and all belongings to the desert at 2:09 p.m. in the area of Wells and Industrial roads.

Thought for the day: The new digs prove to be a bit more expensive than the subject planned on and he rapidly arranges to relocate.

Oct. 5. Assist: The caller has been house-sitting and states that a man and woman moved their belongings into the backyard and are enjoying a nap in the park across the street at 2:05 p.m. in the 200 block of Navajo Drive.

Animal: The caller reports that the herd of sheep was getting close to the highway and now a subject has moved too close, causing a stampede onto the roadway at 2:12 p.m. in the 100 block of Ville Drive.

Thought for the day: It’s just another example that there’s no situation that can’t be made worse with a little effort.

Call of the week: Suspicious: The caller gives a detailed description of the suspicious 5- and 6-year-olds trying to give away lemonade on a hot day to their neighbors, who appear hot and tired at 12:54 p.m. Oct. 1 in the 1300 block of Elsa Way. Seriously?