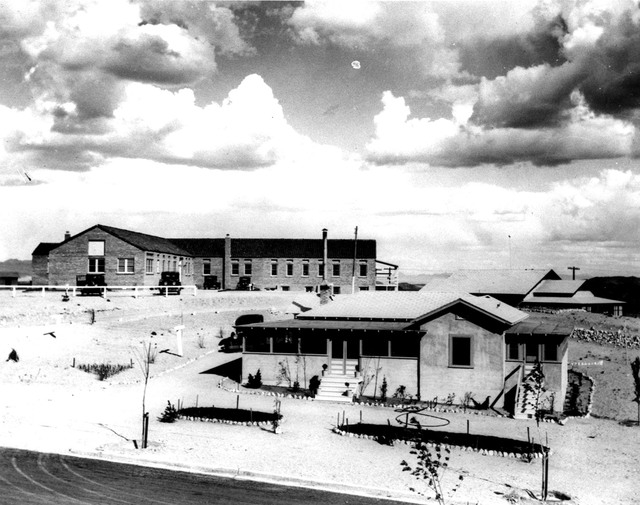 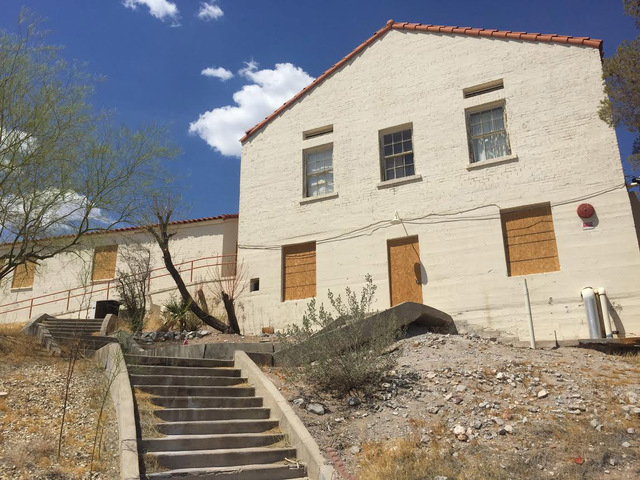 The old hospital building on Park Place inside the Boulder City historic district is expected to be demolished after a local developer put in a bid for the 83-year old property.

The building, which hasn’t served as a hospital since the 1970s, is covered in chipped white paint, littered with broken televisions and trash, and looks nothing like it did when it opened in 1932.

Christina Frausto of the town’s Historic Preservation Committee, said the hospital was one of the few buildings in town not built by the federal government. Six Cos. built the hospital in 1932 for Hoover Dam workers and their families, she said.

Once escrow closes on the property, which is expected on Aug. 1, Boulder City resident and Planning Commission member Randy Schams will begin developing homes on the lot. Schams put in a proposal to demolish the current buildings at 701 Park Place and 700 Arizona St. during the committee’s June 24 meeting.

“It has always been in private hands. It’s never been part of a Boulder City government or the federal government,” Frausto said.

Frausto said the property hit the market in the early 2000s, and I Am Free Inc., a religious organization, took it over in 2012. I Am Free tried to establish a church inside the building, but its request was denied, city records show.

I Am Free later defaulted on the property, and the building that once served as the city’s first hospital quickly became a hangout for vagrants and squatters. Vandalism also became a problem, and the city was forced to board up the doors and windows to prevent any further damage. LGS Holdings eventually acquired the building in 2014 before selling it to Schams.

Schams said he plans to follow city regulations for demolishing the property and redeveloping the land. He wants to incorporate historical facets into the new development, but he’s focused on closing escrow first.

Community Development Director Brok Armantrout said the city’s 1930 master plan map shows the old hospital’s location as the site for a hotel. The view atop the berm where the hospital sits has a prestigious view of Lake Mead.

“It’s pretty much demolished on the inside, but I’ve always looked at it and thought it would be a great little site,” Schams said.

Although the neighborhood is historically designated, Frausto said it doesn’t prevent an owner from razing a house or building. She said when the Historic Preservation Committee was formed, residents were afraid that the city would impose restrictions on how they could decorate their homes’ exteriors.

“The residents were very paranoid that the city would tell them what they could and couldn’t do. It’s designated, but you can still do whatever you want,” she said.

Boulder City’s historic district was nominated to join the National Register of Historic Places in 1983.

Armantrout said the property’s demolition and redevelopment will go before the planning commission before being discussed at a future City Council meeting, at where the public can voice its opinion.