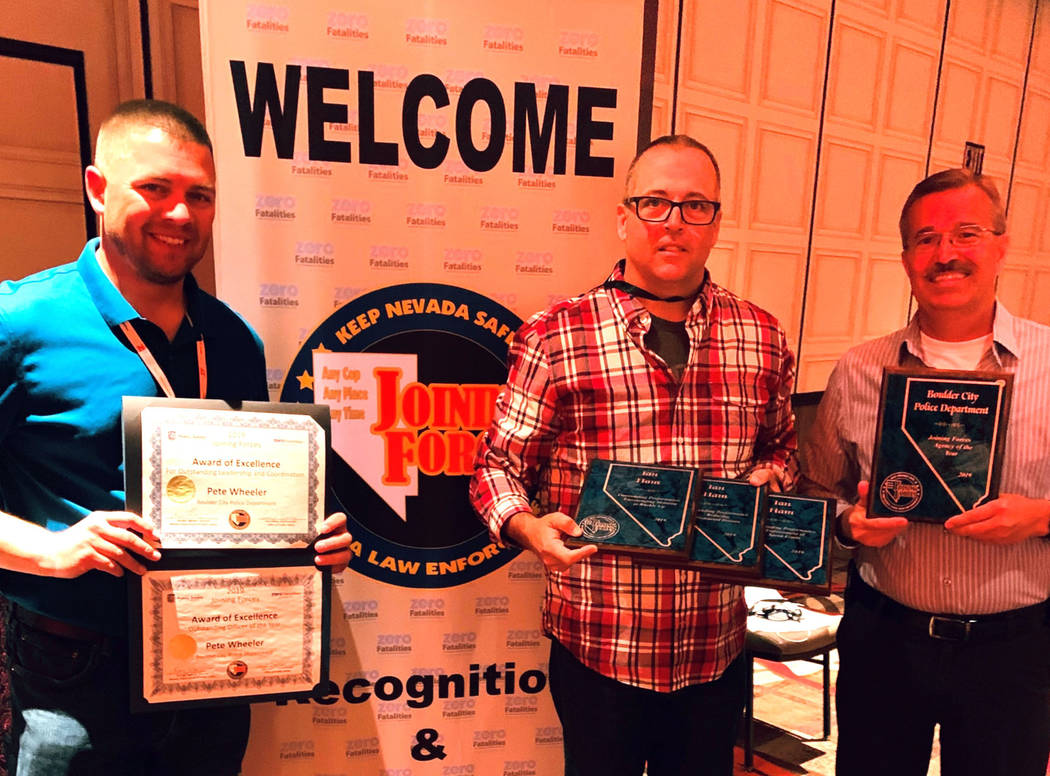 (Boulder City) The Boulder City Police Department and several of its officers are recognized on Oct. 17 by the Nevada Department of Public Safety for their work with the Joining Forces organization, from left, officer Pete Wheeler, officer Ian Ham and Sgt. John Glenn

The Boulder City Police Department and two of its officers were recently recognized by the Nevada Department of Public Safety.

Last week, the city announced the police department had been named the 2019 Nevada Joining Forces Agency of the Year at the Oct. 17 annual Joining Forces recognition awards ceremony. Officers Pete Wheeler and Ian Ham were also recognized for their work with the organization.

Joining Forces aims to increase safety on Nevada’s roads by increasing enforcement and awareness of traffic laws with campaigns focusing on impaired driving, distracted driving, seat belt use, speed and pedestrian safety. The Boulder City Police Department participates in several of its activities throughout the year.

Wheeler coordinates the events in Boulder City and serves as the main point of contact as well as the face of the program. Additionally, he is responsible for submitting the required documents after each event.

Officer Ham was recognized for “outstanding achievement and excellence” with the “Click it or Ticket” program that aims to enforce speed limits and reduce distracted driving.

Earlier this year, the police department received a $46,600 grant from the Office of Traffic Safety at the Nevada Department of Public Safety to participate in Joining Forces events through Sept. 30, 2020.