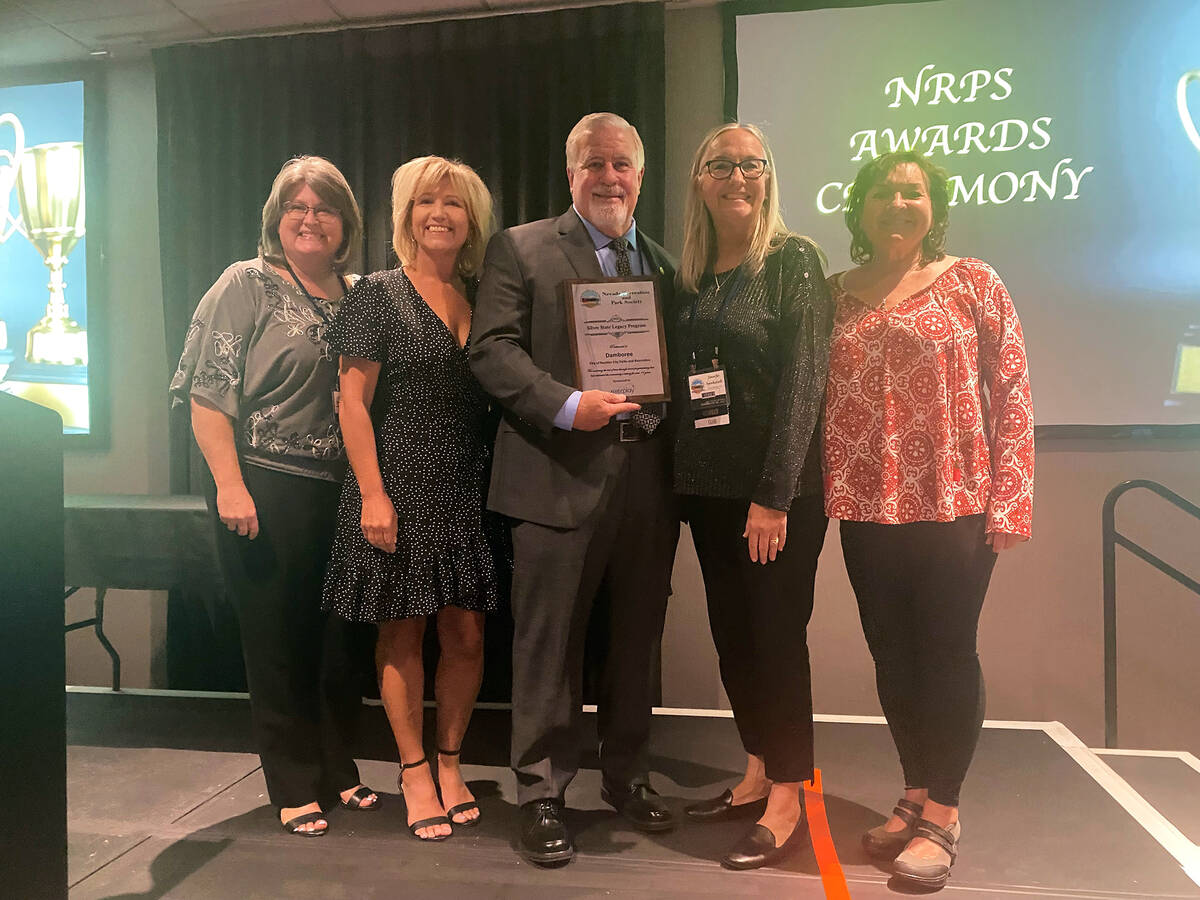 The nonprofit organization presented Parks and Recreation Director Roger Hall and his staff with the Silver State Legacy Program Award on Tuesday, Oct. 19, for the annual Damboree celebration.

“We are honored to accept this award, which is truly a team effort,” said Hall. “So much of the success we have as a community comes from amazing partnerships and collaboration with organizations and volunteers. The Damboree Committee is dedicated to honoring the history of Boulder City and our great nation every year, teaming up with city staff to host 15,000-20,000 people for an amazing parade and fantastic fireworks show.”

This award is presented to programs and events in Nevada that have “endured the test of time and become iconic to attendees and participants.” It is the group’s highest accolade that is given out.

The Damboree has been held in the city on July 4 for more than 70 years. According to the city, it was originally hosted by American Legion Post 31 and later by the Jaycees and Elks Lodge. The Damboree Committee was created in 1995 and works with the city to organize the event.

According to the city, Recreation Coordinator Jennifer Spinkelink sent in the application to be considered for the award based on the partnership between local volunteers from the Damboree Committee, Boulder City Parks and Recreation staff, and the city.

The Nevada Recreation and Park Society is dedicated to the advancement of the recreation, parks and leisure professions throughout the state.