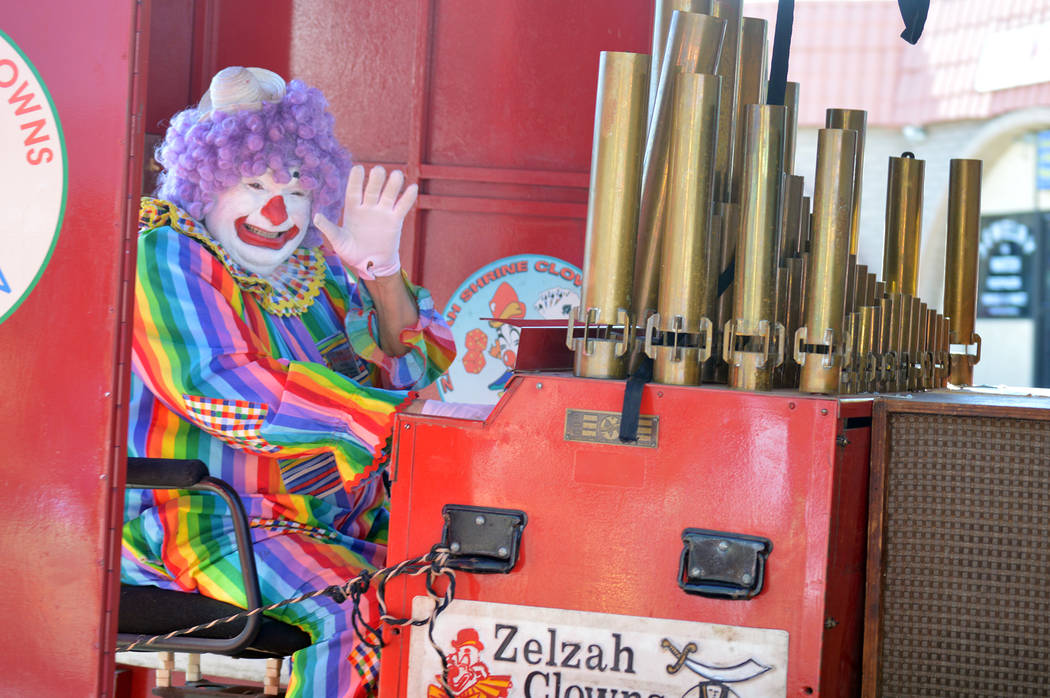 File A clown with Zelzah Shriners waves as she rides down Nevada Way during the 2017 Fourth of July parade. This year's is begins at 9 a.m. Wednesday, July 4. 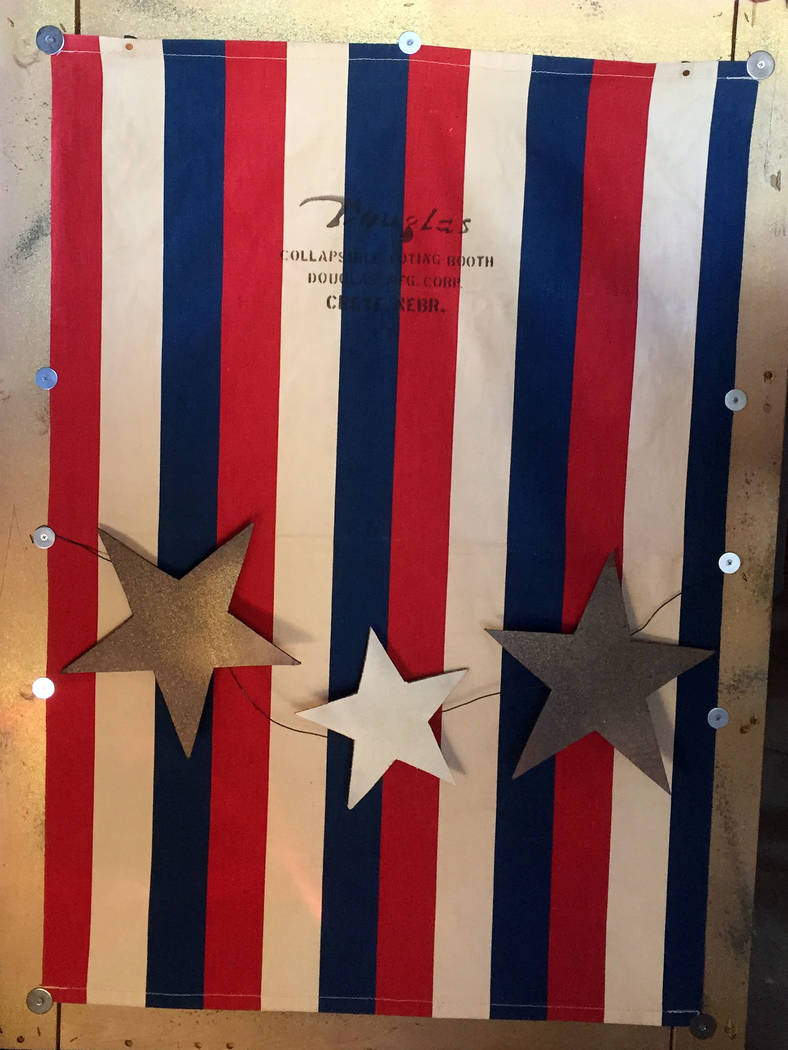 Patty Sullivan This patriotic pallet was created by Patty Sullivan and incorporates part of an old voting booth that was found under the bleaches in the gym at the recreation department.

Patty Sullivan This year's Fourth of July parade will feature these patriotic pallets.

Boulder City’s 70th annual Damboree is set to celebrate the Fourth of July in its usual festive way for residents and guests.

This year’s celebration will include a full day of activities throughout town.

“Every year we start with the pancake breakfast,” said Roger Hall, parks and recreation director.

The free breakfast starts at 7 a.m. Wednesday, July 4, in Bicentennial Park. It is hosted by the Rotary Club of Boulder City.

Hall said that it will go to 9 a.m. when the Boulder City Veterans Flying Group will do a flyover to start the parade downtown.

The parade begins on Colorado Street, goes down Nevada Way to Fifth Street and ends at Broadbent Park at the corner of Avenue B and Sixth Street.

The parade’s water play starts at Avenue A and continues on Avenue B to the end of the parade at Sixth Street. No water play is allowed at any other location on the parade route, and no water balloons are allowed.

The theme of this year’s Damboree is “America the Beautiful — Destination Boulder City.”

“We know that there is a lot of beauty around here,” said Patty Sullivan, who recently retired from the Parks and Recreation Department.

Sullivan said the line from “America the Beautiful” that says “purple mountain majesty” really resonates with the beauty around Boulder City and they wanted to recognize that.

Some of this year’s floats will again feature the patriotic pallets, including new ones that were created using pieces from old polling booths that were found under the bleachers at the gym in the recreation building.

Following the parade, Damboree festivities, including midway booths, games, food and drinks, will take place at Broadbent Park from 10 a.m. to 4 p.m. Damboree ceremonies start at 11 a.m. and will feature the presentation of parade awards, followed by entertainment.

At noon, there will be the coin toss at the Boulder City Pool. Participants must pay the pool admission fee of $2 for youths to age 17.

There also will be games sponsored by the Boulder City Parks and Recreation Department.

“We are expecting a big crowd,” Hall said.

For everyone’s safety, there are no fireworks, drones or firearms allowed in any of the parks on the Fourth of July.

At 4 p.m., the Damboree festivities will move to Veterans’ Memorial Park. Admission is $10 per vehicle and those planning to attend are encouraged to arrive early. Starting at 5 p.m., there will be music with DJ Mike Pacini. Fireworks are at 9 p.m., followed by more music. There will also be food, soft drinks, beer and ice cream available for purchase.