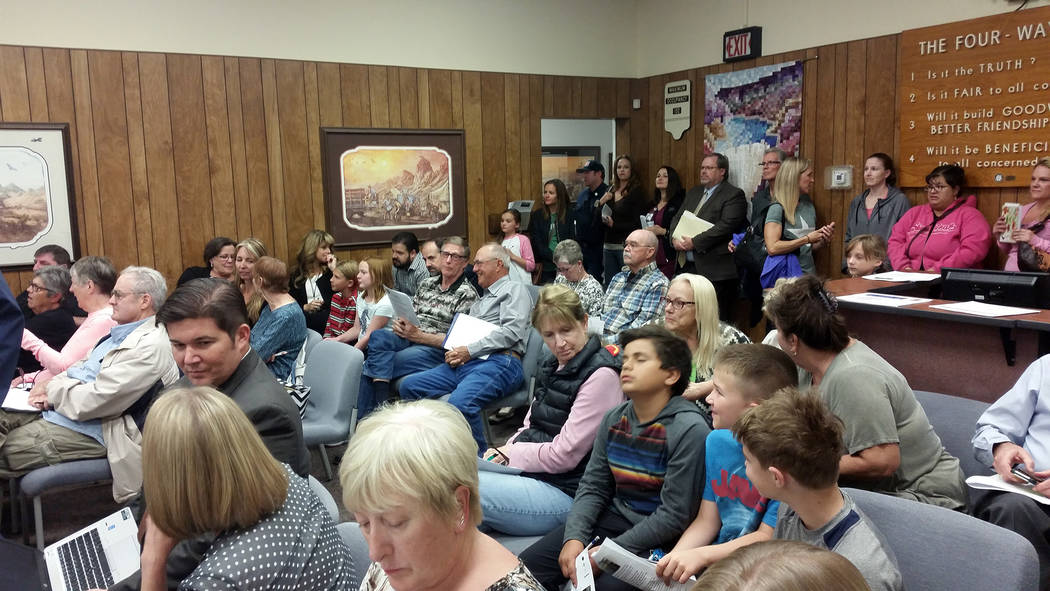 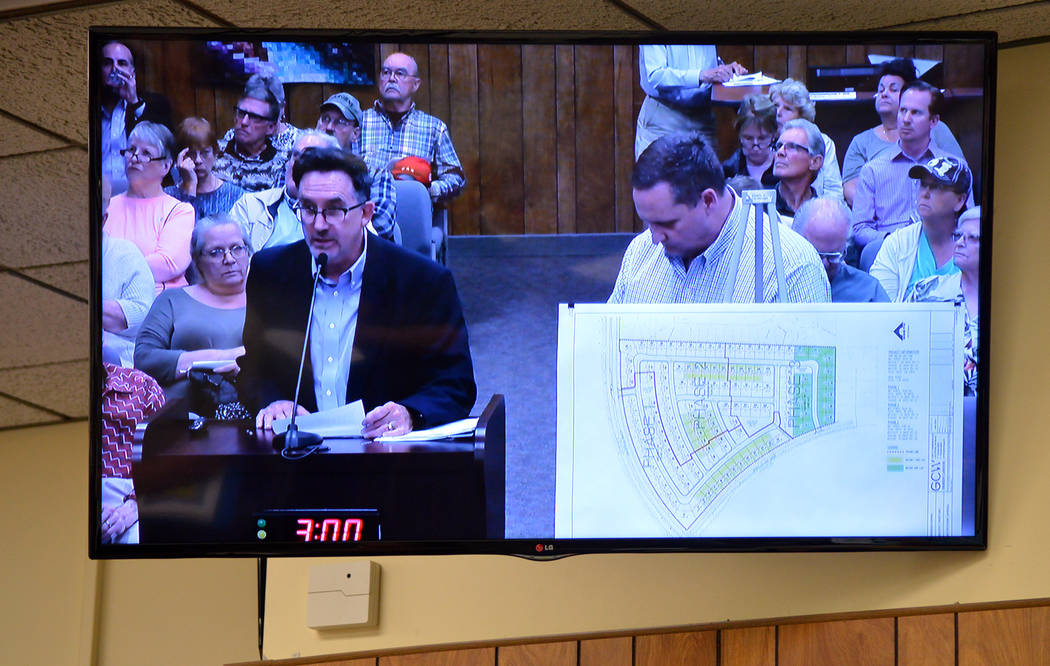 Wayne Laska principal of StoryBook Homes said that his company had been “forthcoming and honest” with the council in that they needed variances to make the project work with the strict city codes and price of the land.

“We feel that these variances are reasonable and that similar variances, if not more, would be required by any builder considering the development to make it perform financially,” he told the council. “These variances or those similar have been approved by the city in the past. I would also like to add that we have included 10,000-square-foot lots along the south border line to mirror the existing development and are not seeking variances for those.”

In their justification letter to the council, Michael Gray, vice president of land acquisition and forward planning for StoryBook Homes, said that in terms of the smaller interior lots widths, those would only apply to 30 of the 129 homes planned for the subdivision.

“I know you will hear from the audience that we don’t want that type of development in our community … but they are in the minority,” Laska said. “What they are really saying is they want no growth. To deny this request is to go against the authority of your citizens who wanted this property developed and in a controlled and responsible way that benefits all of the citizens, not just the few. And to deny this is to have the minority overrule the majority.”

The council members agreed with the Planning Commission’s decision to deny the requests because they did not meet the five requirements for a variance.

“We have specific criteria that are supposed to be met and all five of those criteria must be met in order for a variance to be given,” he said. “It’s not that you get a couple of them. You have to get all of them,” said Councilman Kiernan McManus.

He also addressed Laska’s comments about the citizens not wanting any growth in Boulder City.

“The comments that I’ve heard … is not that people want no growth here, that there is some small minority of people that insist nothing happen,” he said. “What people are insisting is we have a quality of life here that’s based on the codes that were decided years ago on reasonable standards.”

Councilman Warren Harhay said he was not opposed variances but they must meet the standards set forth in the code and they should be rare.

“Variances are requested and given often in development in the Las Vegas Valley,” said Councilman Rich Shuman.

He added that Laska’s request is not a bad one but it would be “extremely rare” for him to vote to overturn a decision made by the Planning Commission.

“This really isn’t the place to fight out a variance request,” he said.

Mayor Rod Woodbury agreed with Shuman that variances were there for a reason and that they are an important part of the project.

“I think we need to look at how to make this work with StoryBook Homes or any developer,” he said.

Laska was also requesting the council allow the planned subdivision to have private streets rather than public ones. Initially he said that he planned for the streets to have a sidewalk on one side rather than both and the street would be 41 feet wide.

Councilwoman Peggy Leavitt said that she had reached out to people in the community and those with relevant experience to see what they thought about the private streets.

“With respect to everyone I talked to, no one supported a sidewalk on one side,” she said. “I don’t think our community is receptive to this at all.”

Shuman agreed that there should be sidewalks on both sides of the street.

During the public hearing for the requests, residents spoke against the variances due to concerns about the safety of narrower streets, setting a precedent with allowing changes to the city code for developers, and granting a variance when it does not meet the requirements for one.

Despite those disagreements, several residents believed that some negotiation could be made to make the project work.

Resident Jody Jeppsen suggested the city allow them to have side setbacks but make them keep the houses 15 feet apart.

Bret Runion, owner of local real estate company Desert Sun Realty, said that he thought the appraisal of the property was “generous.”

“If these variances are denied, consider other options,” he said to the council.

He added that if another appraisal is done the amount could come back lower.

Resident and local real estate agent Nate Lasoff said that he didn’t think StoryBook met any of the criteria for a variance but in the “spirit of negotiation” they might be able to find some common ground.

Laska told the council he would drop the two variance requests if he could have privates streets for the subdivision. He said that they could be 45 feet wide with sidewalks on both sides.

“This is not the right place to negotiate, and I feel like that’s all we’ve done … But you can see there is an appetite to make this work,” Shuman said.

After much discussion at the four-hour meeting, council chose not to vote on the exception request for the private streets.

“They however, provided feedback to the developer that echoed the concerns raised by the Planning Commission that included providing sidewalks on both side of the street and making sure that the pavement width was sufficient to provide for parking on both sides and provide sufficient access for emergency vehicles,” said Community Development Director Michael Mays after the meeting. In response, StoryBook offered to provide a 45-foot-wide right-of-way private street that would address those concerns. They are going to re-evaluate the subdivision plan.”

He added that the developer will then informally indicate to the city how it plans to proceed.

■ Exceptional and extraordinary circumstances or conditions applicable to the property or to its intended use that do no apply generally to the other property or classes of uses in the same vicinity and zone;

■ It is necessary for the preservation and enjoyment of a substantial property right, possessed by other property in the same vicinity or zone, but which is denied to the property in question;

■ The granting of such variance will not be materially detrimental to the public welfare or injurious to the property or improvements in such vicinity and zone in which the property is located;

■ The granting of such variance will not adversely affect, or be contrary to, the comprehensive plan;