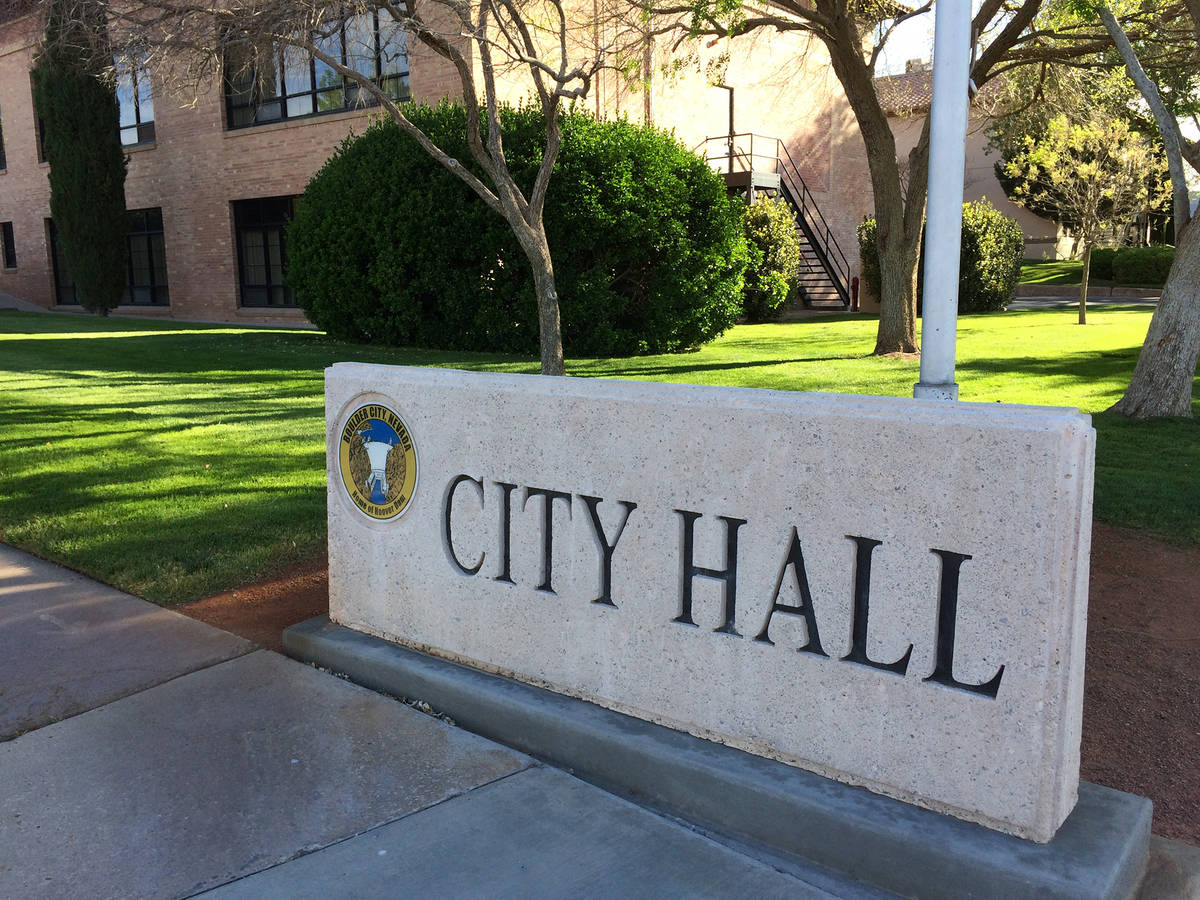 City Council and staff members will gather at 7 p.m. Tuesday for their first meeting in more than a month. They will observe social distancing practices; residents may attend by viewing a live stream on the city's website.

City Council plans to hold its first meeting in more than a month Tuesday, April 14, albeit in a slightly less than traditional manner.

Council and city staff members will gather at 7 p.m. in the council chambers, but sit at least 6 feet apart to comply with social distancing guidelines. The meeting itself will be closed to the public, as City Hall and other municipal buildings remain closed to the public through April 30, but it will be streamed live on the city’s website at www.bcnv.org/191/City-Council-Meeting-Live-Stream-Video.

Comments and questions about the agenda can be submitted during the meeting or in advance.

According to Lisa LaPlante, communications director, the preferred method is to submit comments via an online public comment form available at http://www.bcnv.org/council.

Residents also may call before the meeting and leave a message at 702-293-9210 or call the council chamber’s conference line at 702-589-9629 during the meeting’s public comment session.

All comments will be included in the meeting’s public record.

“The work of the city is critical to moving us forward beyond this pandemic,” said Mayor Kiernan McManus. “Prioritizing safety has been the primary objective of staff since the pandemic started. This streaming solution — paired with opportunities to comment online or over the phone — should work well for our residents.”

For those who do not have access to a computer, the Elaine K. Smith Building, 700 Wyoming St., will be open to the first nine people who arrive. Those attending also will be required to sit 6 feet apart and can only comment by using their cellphones to call in to the meeting.

City Clerk Lorene Krumm said her office has been working with the IT department to develop a way to continue to hold council meetings.

The council last met March 10 and all city-related meetings were canceled March 17 after a state of emergency was declared and Gov. Steve Sisolak issued a directive regarding public gatherings and encouraging people to stay at home.

“Our goal is to avoid some of the issues other communities have experienced, such as applications crashing during meetings, asking users to download programs and dealing with hackers,” Krumm said. “We looked at several options and determined a solution that utilizes existing equipment and should be easy for everyone to use.”

On the agenda for Tuesday’s meeting are several bill introductions as well as ratification of the recent state of emergency declaration. There will also be updates on the city’s strategic plan and capital projects.

Additionally, there is an item for staff to seek appraisals for three small parcels of land in the Eldorado Valley west of Boulder Solar Power 1 to use for energy-related development for Silver Peak Solar.

Council will also discuss a resolution to ratify standards at the Boulder City Municipal Airport for handling and storing aviation fuel.

In addition to resuming meetings, the city will submit its tentative 2021 fiscal year budget to the state Wednesday, April 15. The final budget will be approved by council in May.