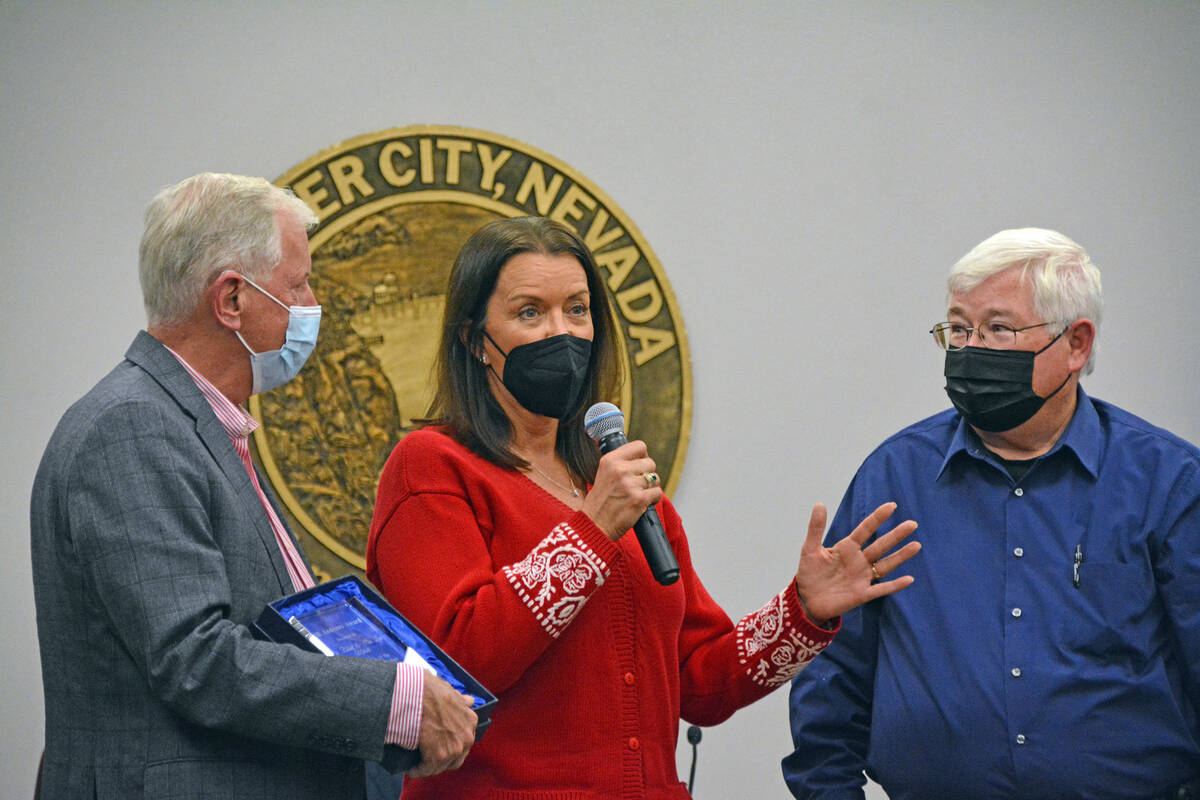 City Council approved moving forward with its five-year capital improvement plan that includes approximately $23 million in projects for the next fiscal year.

The plan includes projects to improve security at the animal shelter and upgrades to the police station to fix operating deficiencies and installing covered parking for the department’s vehicles.

“I’d just like to thank staff,” said Councilman James Howard Adams. “A lot of work and time has been put into this. I appreciate the process.”

Councilwoman Claudia Bridges asked if the city would get money from the Southern Nevada Water Authority for removing turf.

“It depends on how we do it,” said Public Works Director Keegan Littrell. “They have their stipulations on how you remove it and what you are going to replace it with. I’ve been in close contact with that group in SNWA. … We’ll show them what we’re proposing and they’ll work with us to make sure we get that rebate.”

Additionally, with the approximately $23 million in projects, all the ending fund balances will be in the black.

Mayor Kiernan McManus thanked staff for researching that information and including it in the report.

“I think it’s important that we understand as we looked at those fund balances, many of them get depleted very quickly. … When we propose projects that need to be looked at,” he said.

One thing the capital improvement plan for fiscal year 2023 did not include was a second fire station.

Littrell said that project was being moved to fiscal year 2024.

“We had some concerns with the upcoming O & M (operations and maintenance) budget and felt we’d be a little more comfortable by moving that out one year,” he said. “After we discuss the O & M, if (we) come to find out we do have the funding there, we can discuss moving that back or leaving it where it is.”

The entire five-year capital improvement plan goes through the 2027 fiscal year and includes almost $90 million in projects for that time period.

Final approval will come in May 2022 during the annual budget process.

Also at Tuesday’s meeting, council unanimously voted to correct some language in the approved request for proposal with Toll Brothers for the purchase of Tract 350. McManus said it included a sales price, but the land could not be sold until an appraisal is done. He suggested removing the price from the previously approved resolution “to remove any misconception that it constituted a sale.”

City Attorney Brittany Walker said this resolution does not reconsider the approved agreement with Toll Brothers. Rather, it just removes the monetary amount from the resolution.