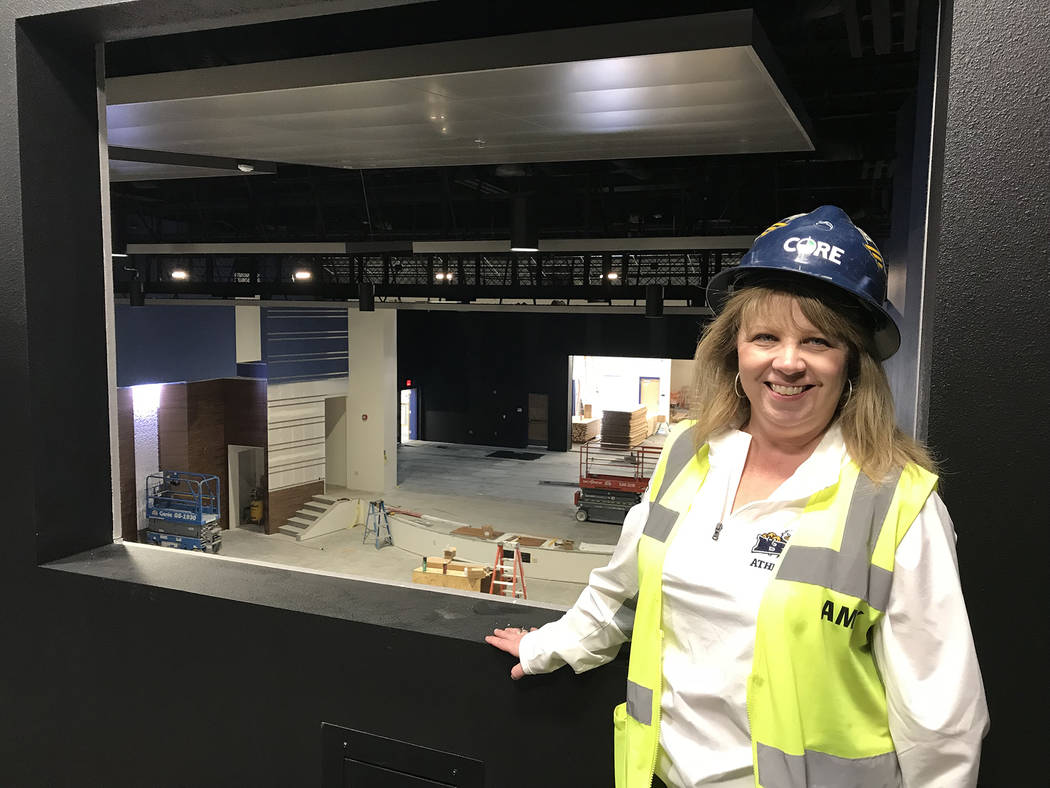 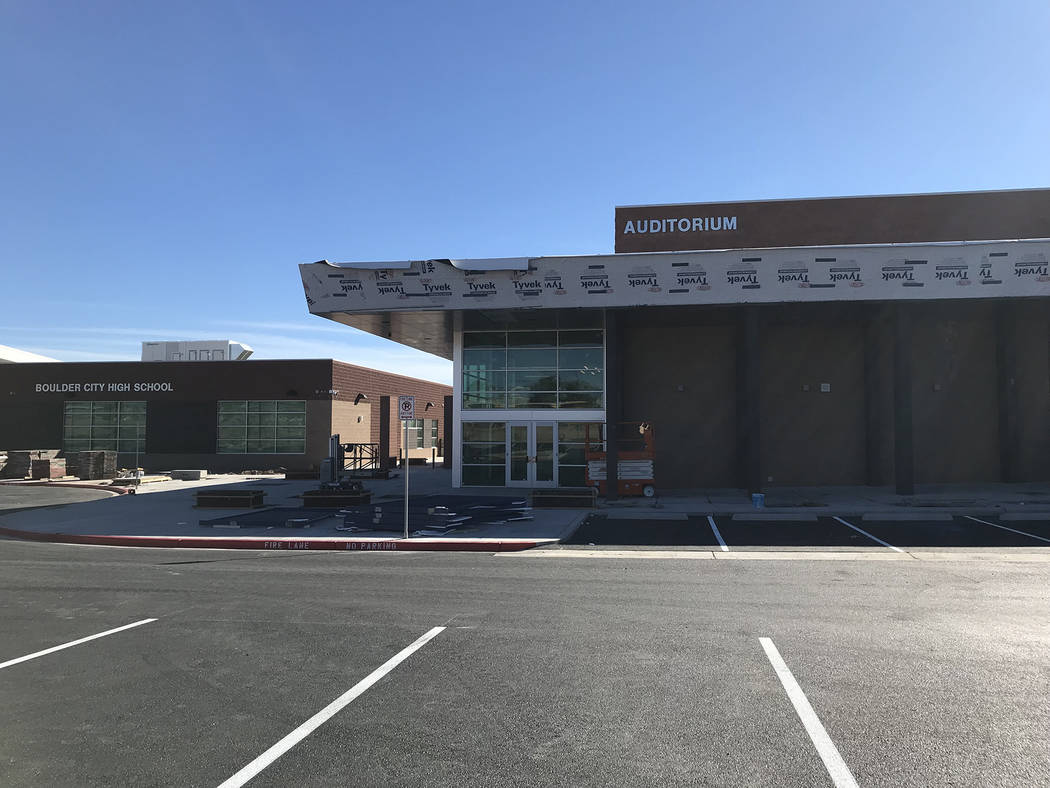 Hali Bernstein Saylor/Boulder City Review A new parking lot will provide easy access to the front of the administration building and fine arts complex, including a new theater/auditorium, at Boulder City High School, as seen on Friday as crews work to complete construction. 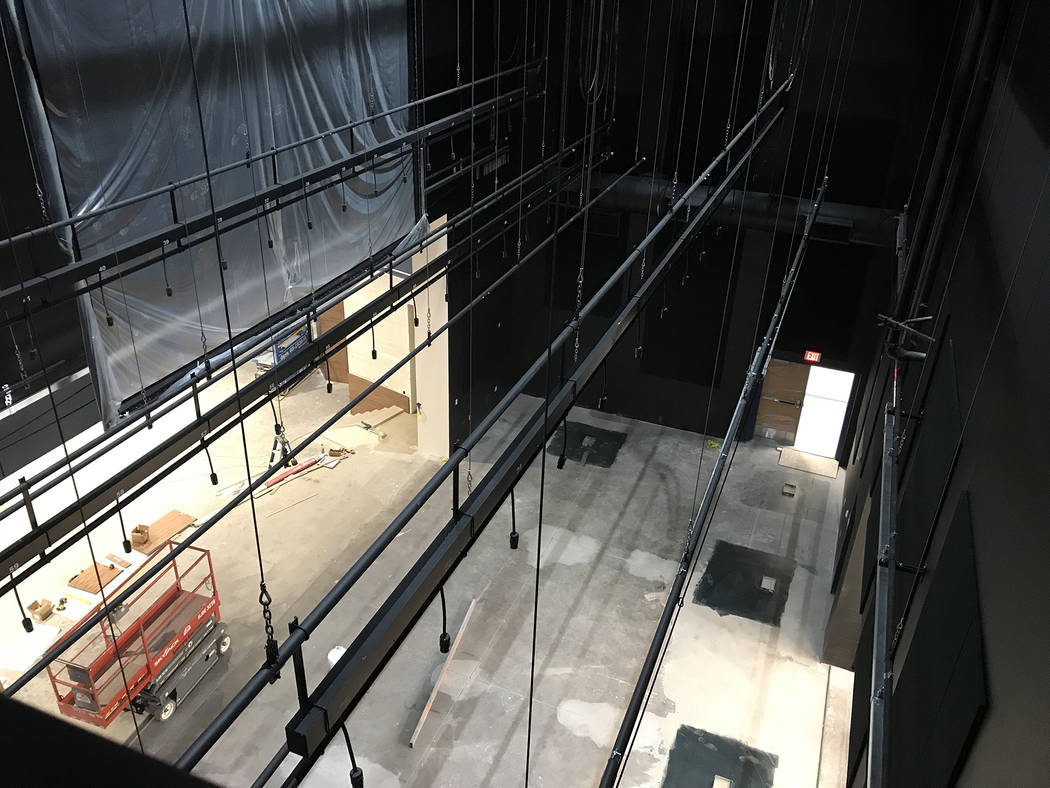 Hali Bernstein Saylor/Boulder City Review Looking down from the catwalk in the new theater at Boulder City High School the rigging needed to hang curtains and backdrops can be seen Friday. 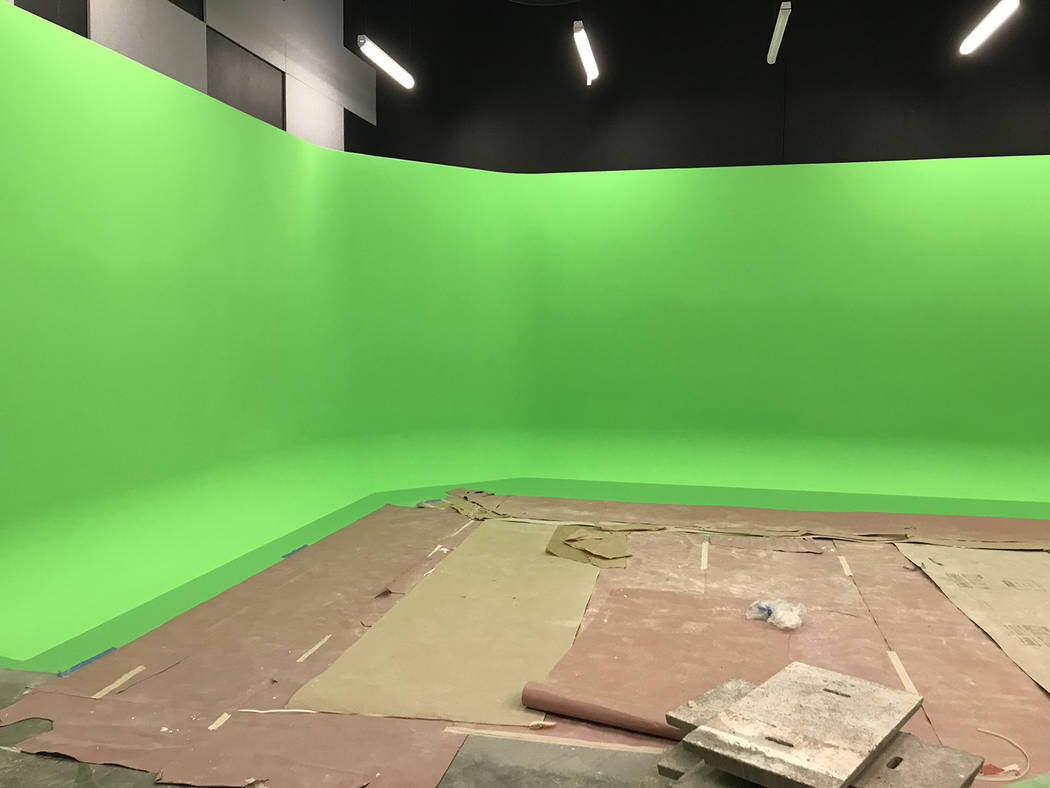 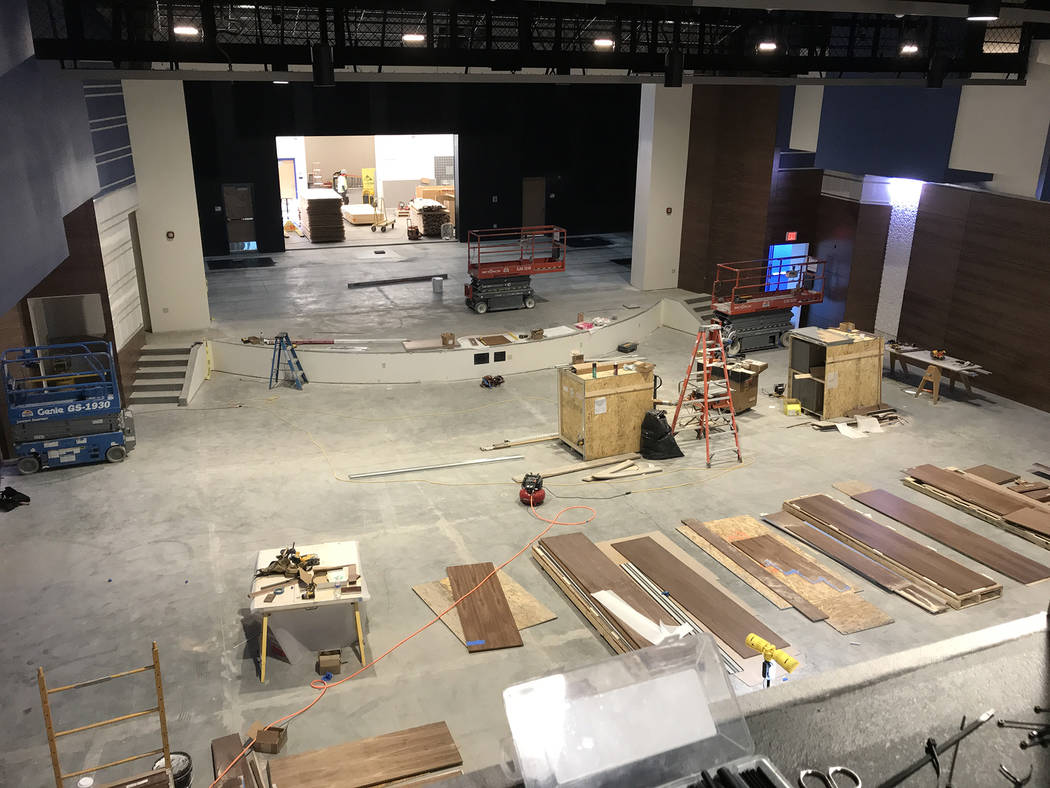 Hali Bernstein Saylor/Boulder City Review Paneling sits on the floor of the new theater at Boulder City High School on Friday as crews prepare to put finishing touches on the building. 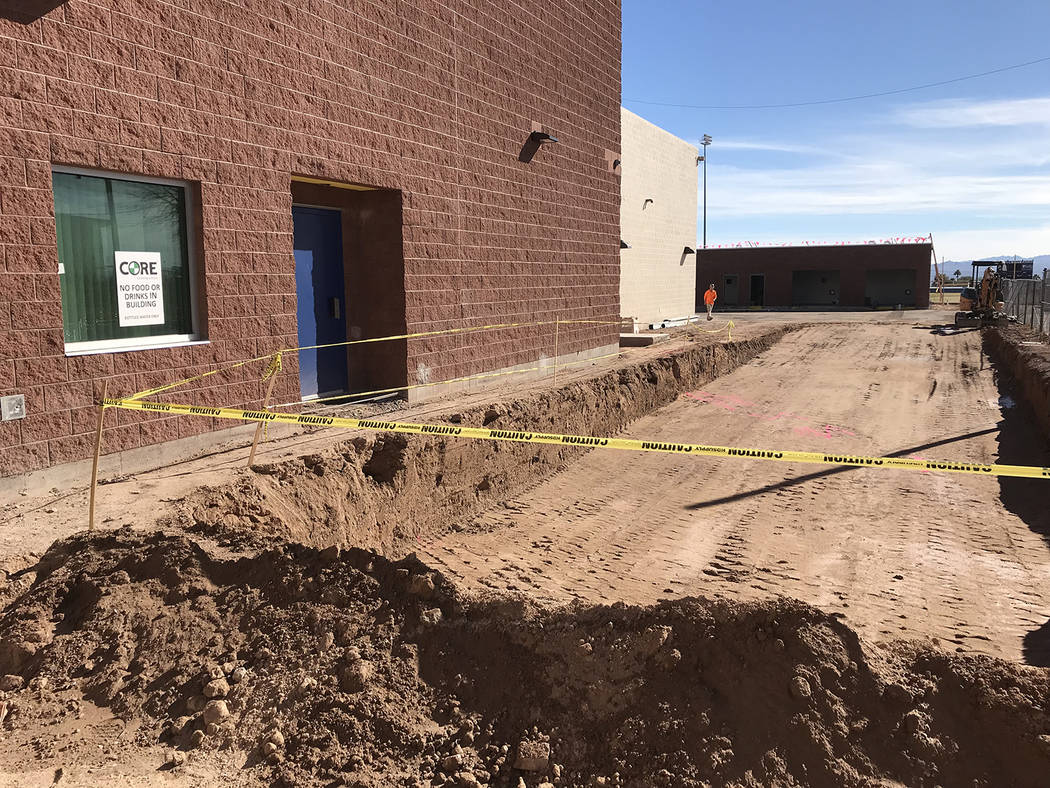 Hali Bernstein Saylor/Boulder City Review A new loading dock is part of the third phase of renovations at Boulder City High School. It is at the back of the new theater arts facility. On Friday it awaits to be paved.

The finish line is near for Boulder City High School as Phase Three of its construction project is almost complete.

Phase Three costs approximately $15 million and encompasses 21,830 square feet of new space for the campus, including a fine arts building and theater. The facility is expected to be substantially complete Wednesday, Feb. 14.

“It’s been under construction since I’ve been principal,” said Amy Wagner. “I’m very excited that we won’t be in construction. I can see the end coming.”

Wagner came to Boulder City about seven years ago as assistant principal and became principal four years ago. Phase Two of the four-part renovation project, the main school building, was approved shortly after.

“I will always have a hard hat in my office as a permanent reminder,” she said.

The new theater will include state-of-the-art lighting and sound systems, as well as a loading dock, theater space and a 454-seat auditorium. Along with the fine arts building, the new construction will provide a photography studio, a video studio and a classroom space for choral and strings offerings.

“I’m excited about the new theater and the productions we’ll be able to bring to Boulder City,” Wagner said. “I’m amazed and thankful at the opportunities we’ll have.”

One of those productions is “Shrek: The Musical,” which the school will debut May 9-12. It will use all the new elements of the theater.

The winter sports awards will be in the theater March 1, and the Boulder City Movie Awards will be held there March 22.

“It’s taken us 20 years to get to this point, but I think I speak for most of us when I say that we are pleased with the results and thankful to have this great new facility,” said Boulder City Mayor Rod Woodbury about the high school during his State of the City address Feb. 1.

Wagner said she is also excited to be able to use the front door of the school, which will help keep the campus more secure, and to be able to drive by the high school and see the “beautiful campus” no longer sitting behind a fence.

After substantial completion, school staff will be trained on the new equipment and systems in the building by the different trades that installed them. Furniture for the classrooms — choir risers, tables, desks, chairs and broadcast equipment — will be installed at the end of February.

In addition to those buildings, Phase Three includes a flagpole plaza at the front of the school near the intersection of California Street and a new parking lot on the north side of the school.

Phase Four has already started. It includes sports fields and side improvements. The football field will be replaced, and the new one will feature an organic cork infield. There will also be a new press box, visitor bleachers and concession stands, as well as tennis courts and a soccer field.

The new tennis courts will double the capacity of the school’s current ones and will have LED lighting. The regulation-size soccer field will have new sod and greater drainage capacity.

Wagner said some work on the press box and scoreboard has begun, but the work on the actual football field will not start until after graduation.

“This graduation will be the last on that football field,” she said.

Phase Four, with a cost of $2.5 million, is slated for completion in October.

The construction costs for both phases are being paid with money from bonds approved by voters in 1998.

Originally, BCHS was one of five schools selected for phased replacements of their facilities in 2003 as part of the Clark County School District’s 1998 capital improvement plan. After the first phase was built in 2004-2005, the remainder of the project was put on hold, and funds were reprioritized and reallocated until 2015.