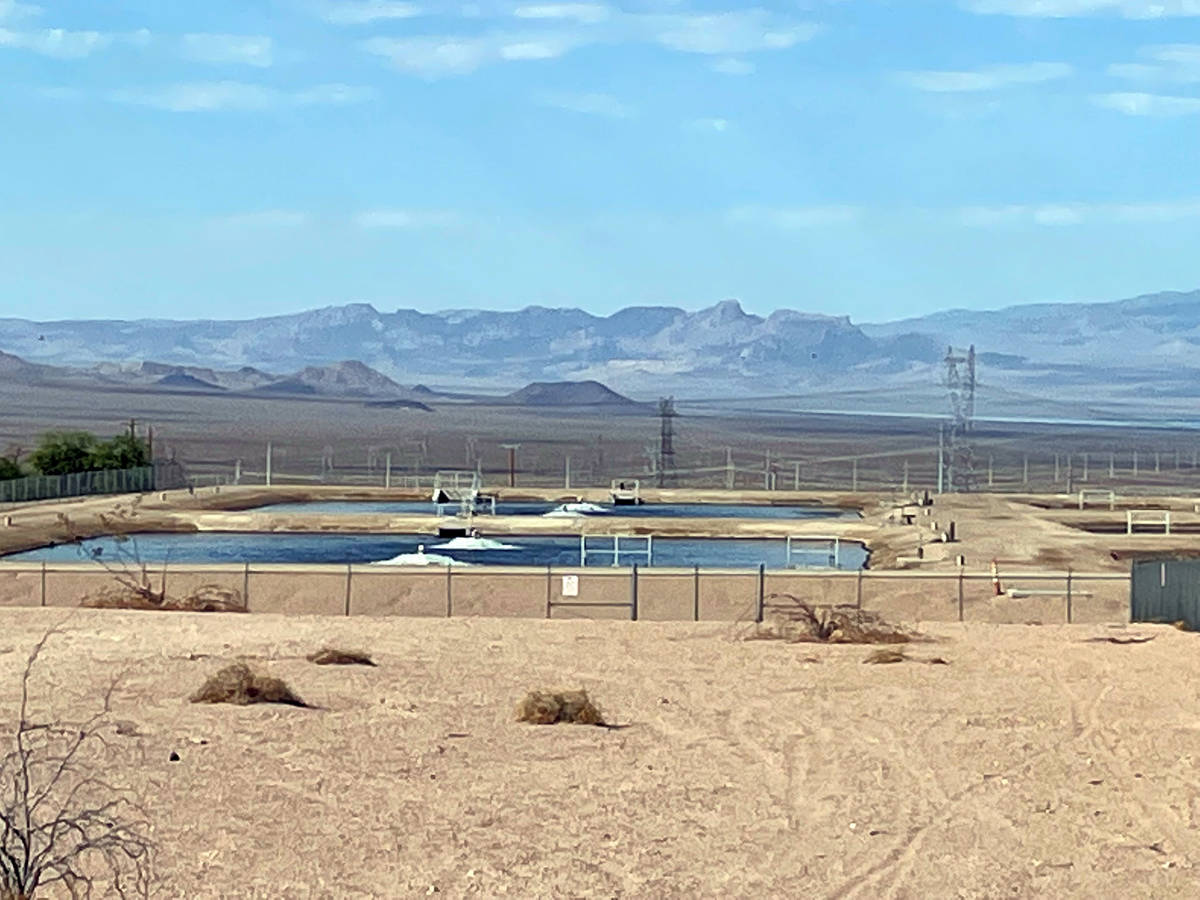 Boulder City Boulder City's wastewater treatment plant could be getting $1 million in federal funding to replace equipment to ensure it continues running smoothly.

On July 1, the Interior, Environment and Related Agencies funding bill was advanced to the U.S. House of Representatives by the full Appropriations Committee. The bill includes $1 million to upgrade the outdated systems at the Boulder City Wastewater Treatment Plant and to ensure health and safety for the disposal measures.

“The original wastewater treatment plant was built in 1965 with modifications in 1995,” said City Engineer Jim Keane. “The ponds were upgraded in 2006 and the headworks upgraded in 2009.”

At the plant, the water is treated so it can be disposed of safely. Once it has been treated, some of it is sold for dust control to solar fields and the quarry.

“The rest is sent to evaporation ponds,” said Utilities Director Dennis Porter. “We are currently looking at additional ways to safely repurpose the wastewater.”

The equipment at the plant is operating 24 hours a day, seven days a week.

“The 12-year old bar screen and grit removal system is reaching a critical point and needs to be replaced,” said Communications Manager Lisa LaPlante. “Failure of this equipment could create a number of health and safety issues. … If the appropriation is approved, the funds would help cover the costs of equipment and installation.”

The entire project is estimated to cost $1.4 million, according to Public Works Director Keegan Littrell.

“We currently have $400,000 budgeted in the city’s capital improvement plan,” he said.

The bill with this funding is set to go next to the U.S. House of Representatives for approval. Rep. Susie Lee, who represents Boulder City, is a member of the bill’s subcommittee and voted for the bill.

“As a member of the subcommittee with jurisdiction over this interior funding bill, I am proud to have helped secure funds that will address the devastating impacts of climate change Nevadans are witnessing today,” she said in a press release. “This bill includes funds for Nevada conservation efforts, updating wastewater facilities in Boulder City and increasing water resilience research and programs.”

If the bill is approved, staff would order the equipment as soon as the city receives the funds.

“We are hopeful that the order, delivery and installation will take about 12 months,” said LaPlante.

McManus said he also hopes that the plant will eventually be able to treat the wastewater more than it is now.

“The city is currently selling treated wastewater for dust control at the solar project currently under construction,” he said. “The water is already treated well enough to allow for this use. I believe we can improve the plant to allow the city to consistently use the water for irrigation purposes in the city rather than drawing additional water from Lake Mead. However, that type of project is not included in the $1 million funding Rep. Lee has secured for Boulder City at this time. This current project will require some funding by the city as well, but will allow us to work on other projects in the coming year.”

These improvements would not impact the city’s water usage.