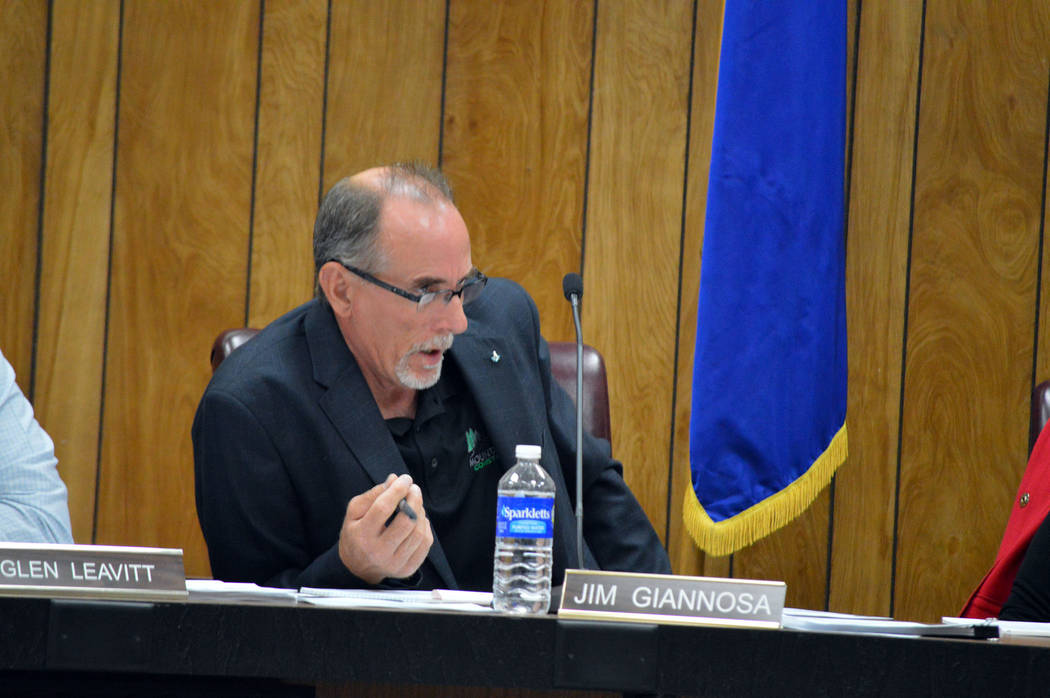 Boulder City’s Planning Commission opened the possibility to exploring options for marijuana industry-related businesses and research in the city during its meeting April 19.

By denying an amendment to add recreational marijuana dispensaries to the existing city code, the commission gave the City Council the ability to discover revenue-generating opportunities related to the industry.

Commissioner Jim Giannosa asked Danielewicz if the city had ever done a study on the amount of revenue from the sale of cannabis and if the state only distributed money from those sales to the cities that allowed dispensaries.

Danielewicz said the city had not done a study like that but the state may have, and in terms of the state’s distribution of funds, the city attorney would be the person to provide an answer.

“I know. I can get on NRS (Nevada Revised Statutes ) and find the law,” Giannosa said. “I’m more concerned about the ramifications of approving this or denying it, and those seem to be important questions. Those are important questions to me anyway.”

One example of revenue could be license fees; Giannosa said those have never been discussed.

“We (are) just clean, green Boulder City, blow this under the carpet. Let’s get it on,” he added. “I’m OK with that, but I sure would like to know that if the state is collecting $300 million worth of taxes, and we don’t participate, and we don’t get our 3 percent on that. That might be an argument or discussion to have and hear from people and how they feel about it.”

Other commissioners and residents agreed that more discussion was needed, especially with nonretail aspects of the marijuana industry.

Mary Venable said the industrial growth of it, including research, could be a good low-impact development to bring more revenue to the city without affecting the quality of life too much.

James Adams agreed with not wanting to have dispensaries in town, but he also thought the city could be missing out on other beneficial parts of the industry.

“It just seems a little bit overboard for us to just completely say, ‘Nope, none of it’ when … it’s an industry we’re just trying to cut it off, I guess, because we’re afraid of it,” he said. “I’m not really sure why … If we don’t want a dispensary, we should at least consider allowing other types of research, lab, something like that could actually benefit the city.”

Another resident wanted it banned entirely.

Sharon Newby cited her experience with the medical marijuana industry in Oregon and said she was worried about the ramifications with the type of people who work in grow facilities and its banking practices.

“These people are itinerant, and the process you go through to get these people are they have a medical marijuana card, so you can grow five (plants) for each person … at least that’s the way it is in Oregon,” she said. “I’m assuming it will be similar here.”

“They have nowhere to put their money, so think of stacks of money that they take in every day,” she added. “What do they do with it? It’s all cash. Banks, Boulder Dam Credit Union is not going to open an account for them. There’s no banking way to do it yet because federally it is against the law.”

Chairman Glen Leavitt agreed with not closing off everything with the marijuana industry in town, despite originally being against medical marijuana.

“I think that’s the easiest to get from A to Z … I’m still not in favor of a dispensary,” he added. “I don’t want a dispensary within Boulder City limits. That’s my personal thought … By setting up a recommendation of denial, it opens up an avenue for discussion, which I am for.”

“This is just simply a recommendation to the City Council … My opinion is I don’t think we need to sell that kind of stuff in Boulder City, and they can go to Henderson,” she said.

Matuska said originally he was for medical marijuana dispensaries in town, but he has changed his mind after seeing how drug use has grown in other cities that utilize it for their local economy, specifically Needles, California.

He said that they’ve built their economy around medical marijuana and only sell to residents at the city’s 10 stores. Drug use at the high school also has increased.

“We need to consider very carefully if a few dollars is worth the changes that could happen,” he added.

Despite the concerns, commissioners voted four to three in favor of denying the recommendation in order to create a dialogue about the other elements of the marijuana industry. The recommendation also included a comprehensive feasibility study to address retail versus other revenue sources, as well as analyzing several case studies.

Commissioners Steve Walton, Matuska and Booth voted against it.