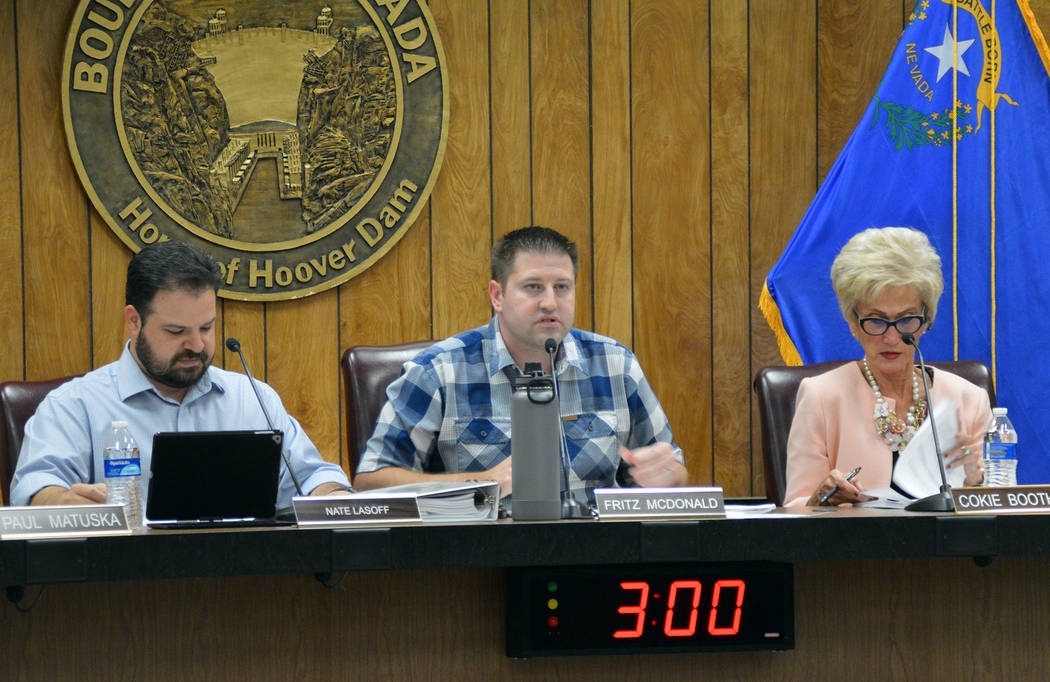 Resolution 1180 would change the land designation of 1,986 acres of land in the Eldorado Valley Transfer Area from open lands to open lands-conservation. This request started in February 2017 when the city approved a lease agreement for Copper Mountain Solar 5. Part of that agreement was to adjust the boundaries of the Boulder City Conservation Easement to exclude the land for the solar project. To compensate for the loss, this portion of land would be added to it.

Another two amendments would change the land-use designation and rezone 143.4 acres west of U.S. Highway 95 from open lands to manufacturing-energy for solar projects. The parcel is part of the land leased to Skylar Townsite LLC. It was formerly Townsite SW and was previously leased to Korean Western Power Co. It would also be rezoned from government open space and study to energy resource.

The recommendations will be forwarded to the City Council for consideration.

Also at the meeting, Planning Commissioner Steve Walton was excused from his duties with the board during his tenure as interim fire chief.

Chairman Fritz McDonald thanked Walton for his service to the commission.

“It’s been an absolute pleasure to work with Steve,” he said.