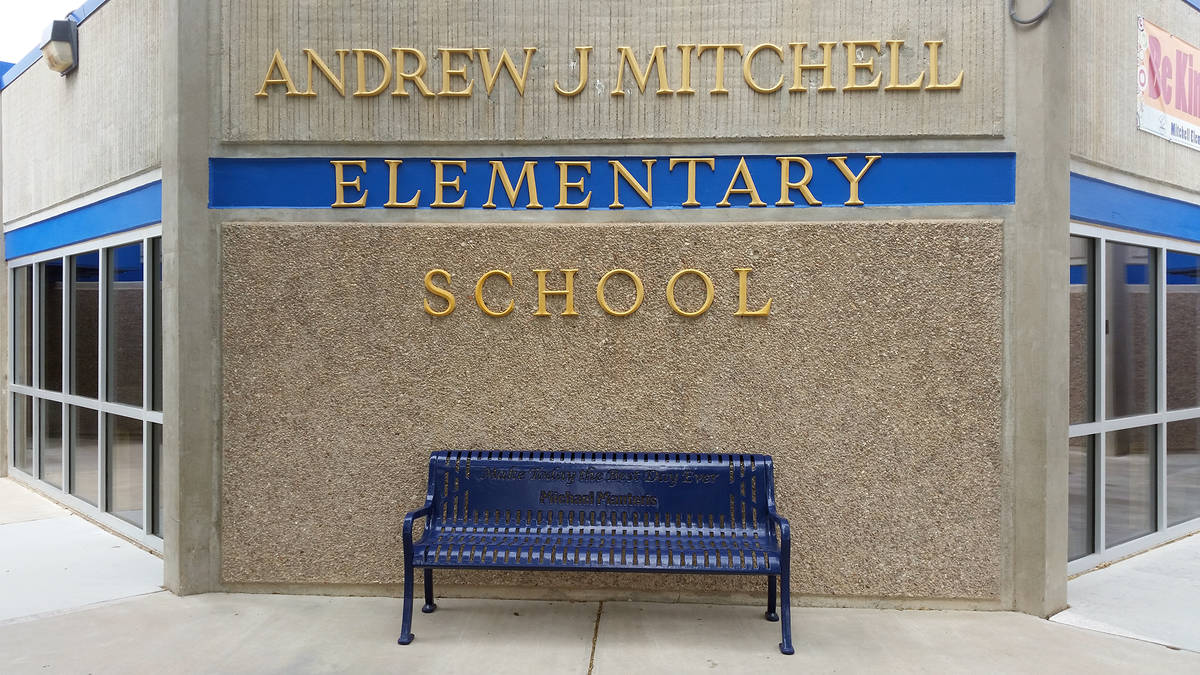 Mitchell Elementary School Principal Ben Day said he does not know when the recently announced air purification systems will be installed on campus.

New air purification systems that neutralize the coronavirus are coming to Clark County School District nurses’ offices and isolation rooms as part of the district’s efforts to ready campuses for reopening.

Bipolar ionization systems will be installed in the ducts of about 850 rooms in the district that may hold students who are displaying symptoms of COVID-19 at a total cost of $1.7 million.

The systems work by emitting positive and negative ions that attach to pathogens in the air such as SARS-CoV-2 and effectively disable them by removing a hydrogen molecule, said Matt Lisiewski of mechanical equipment company Norman S. Wright. The virus then can’t multiply and won’t be reintroduced to the air.

“It’s cost-effective, proven and deployed in the White House, Air Force One and other federal buildings,” Lisiewski said.

While ions are present in everyday air, the devices boost the number exponentially. At a media event Thursday, a control room at Roundy Elementary School in Las Vegas was shown to have around 1,000 ions in the air, while a room with the purification system installed had 36,000.

Another upshot of the systems is that the ions make particles bigger, Lisiewski said, meaning a standard air filter will capture more of them.

District facilities chief Jeff Wagner said the district is installing MERV 13 air filters — a fine-particulate air filter used in hospitals — in all campus heating, ventilation and air-conditioning systems that can handle them. Older HVAC systems are getting the highest-graded filter possible, he said, like MERV 8 filters.

Installation began two weeks ago and is expected to be complete in December, he said

Jeff Wagner emphasized that the ionization systems are meant to act in tandem with all the other mitigation efforts the district is putting in place, such as social distancing and limiting classroom capacity, enforcing mask wearing and changing out air filters.

On the facilities side, he said the district is also prioritizing replacing carpets, which also have an impact on air quality.

There is no time line on returning CCSD students to schools, but a vote on a plan to do so is expected at the Nov. 12 school board meeting.

“When the time comes, we’re going to start slow,” said Superintendent Jesus Jara. “We’re never going to cut corners on safety, but we have to address the academic loss and the mental health.”