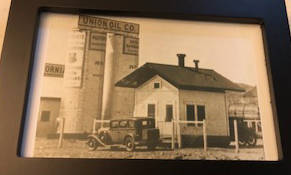 (Gregory Gordon) A small houselike building constructed by Union Oil Co. in 1931 is one of four that remains on the 1300 block of Boulder City Parkway. 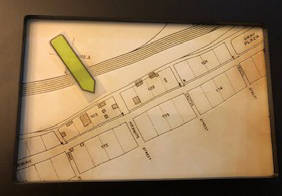 (Gregory Gordon) This map shows the location of the Union and Standard oil buildings adjacent to Union Pacific’s railroad tracks. The remaining four buildings are among the oldest in Boulder City. 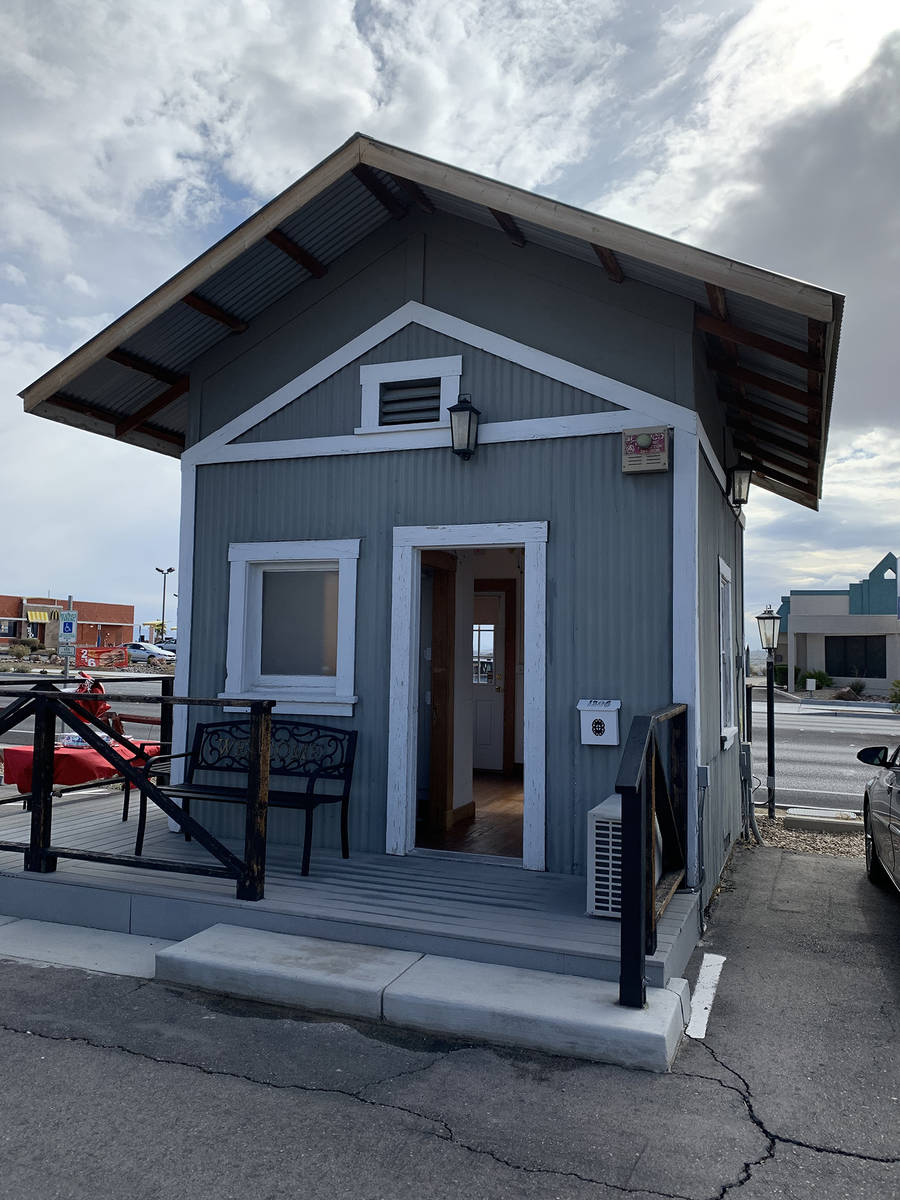 (Hali Bernstein Saylor/Boulder City Review) This houselike office is one of four buildings constructed in 1931 by Union Oil Co. of Nevada and Standard Oil Co. of California to support vehicles used to build Hoover Dam. It is the most originally intact of the buildings in the 1300 block of Boulder City Parkway. 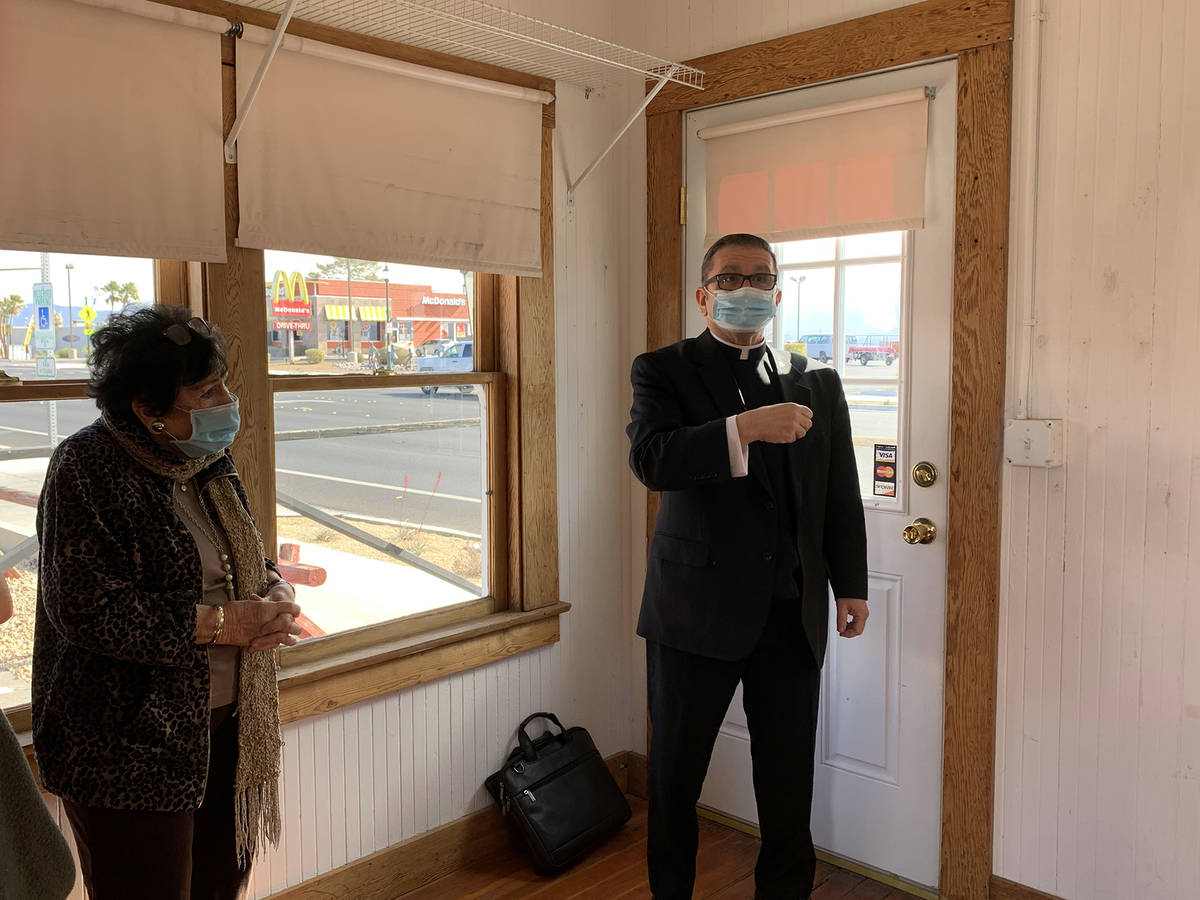 (Hali Bernstein Saylor/Boulder City Review) Carole Gordon, property owner, and her son, Monsignor Gregory Gordon, shared some history Friday, Feb. 12, 2021, of the houselike office in the 1300 block of Boulder City Parkway and three other structures that were constructed by Union Oil Co. of Nevada and Standard Oil Co. of California in 1931 to support vehicles used in the building of Hoover Dam. 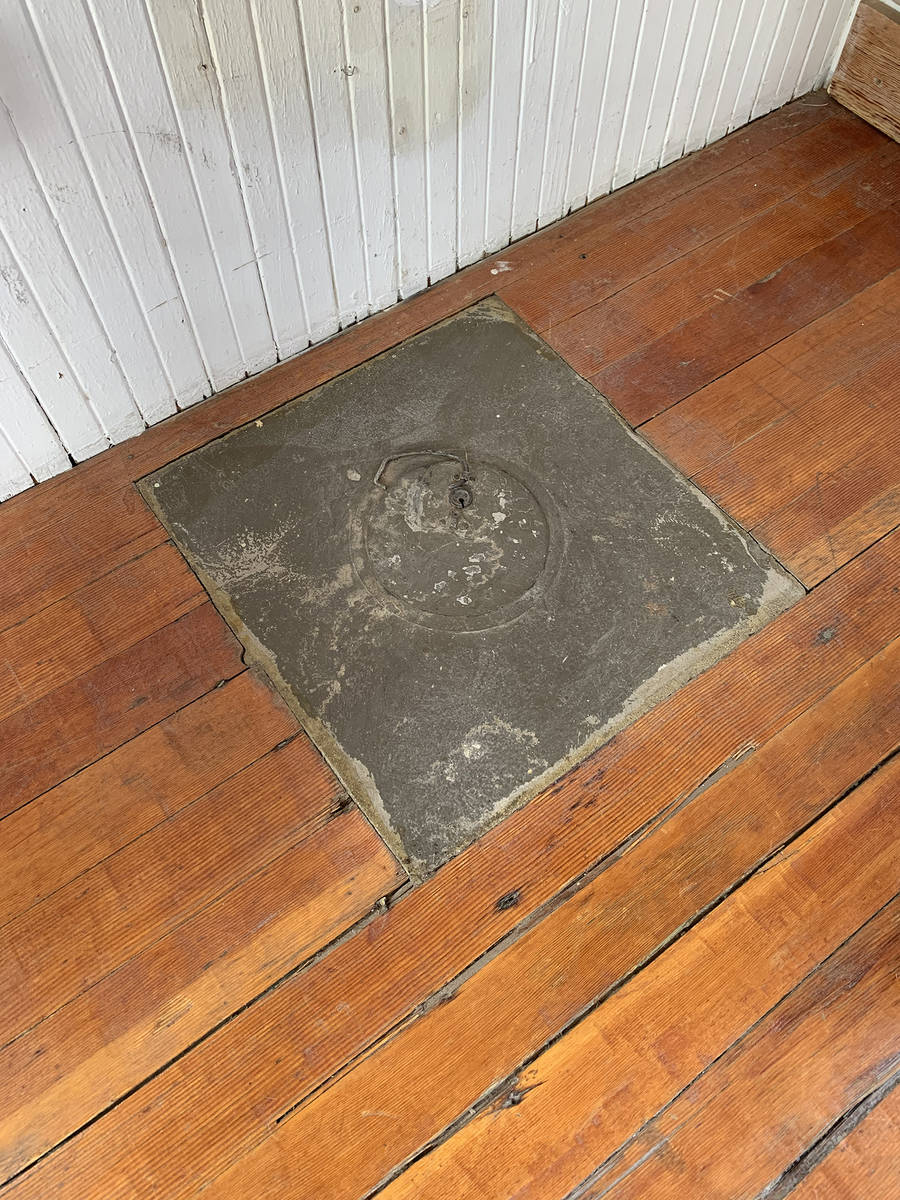 (Hali Bernstein Saylor/Boulder City Review) A small safe was embedded into the floor of the office at the site of the former Union Oil Co. of Nevada and Standard Oil Co. of California facility in Boulder City. The houselike office is the most intact of the four 1931 buildings on the site in the 1300 block of Boulder City Parkway.

Carole Gordon and members of her family marked the occasion by showcasing four buildings that were constructed adjacent to the Union Pacific railroad tracks to support the fledgling city.

Standing in the 1300 block of Boulder City Parkway, the structures, owned by Gordon, were built by the Union Oil Co. of Nevada and Standard Oil Co. of California to supply fuel for construction vehicles as well as the airport, which was across the street. Remaining on site are a houselike office and three warehouse structures.

“Boulder City was placed on the map February 1, when the Union Pacific System completed its 22.71 miles of branch line connecting with the main line south of Las Vegas, Nevada, … ,” wrote Joel L. Priest Jr. in the March 1931 issue of “The Union Pacific Magazine.”

The railroad line was considered a first step for the construction of Hoover Dam, as it provided a way for supplies and materials to be transported to the site.

Randy Hees, director of the Nevada State Railroad Museum, said the buildings were adjacent to a spur off the main railroad tracks.

“They are important as they supported the city,” he said.

“They are historically significant to Boulder City.”

Hall-Patton said the community “can consider itself very lucky” because so many buildings from the 1930s remain standing.

While all of the buildings have been modified — two house Tom Devlin’s Monster Museum and one houses a store — the small office is the closest to original, Hall-Patton said.

According to Monsignor Gregory Gordon, Carole Gordon’s son, part of the original tin roof was damaged in a storm and had to be repaired but the interior beadboard ceiling and walls are original.

Carole Gordon said a small safe in the floor remains intact, and the bathroom door and door knob also are original.

Gregory Gordon said the four buildings are all that remain of the 15 built on the site.

“I like to say this marked the start of Boulder City,” he told a small group gathered to learn more about the buildings. “This is our history.”

Three historic buildings that once were in Boulder City, including the original Union Pacific depot and Grand Canyon Airlines ticketing office, are now at the county museum in Henderson.

Hees said that at one point there were seven sets of tracks behind the historic buildings and they were part of a transfer area. Three lines were owned by Union Pacific and four were owned by the government, he added.

In addition to describing the first buildings in town, the magazine article also detailed the 10-mile stretch of railroad tracks that will travel “around the mountain grades and through four tunnels leading to the top and bottom of the granite walls of Black Canyon which will harbor Hoover dam.”

Today, part of that stretch makes up the Historic Railroad Tunnel Trail in Lake Mead National Recreation Area. Hikers can pass through the tunnels as they walk along the former railroad grade that offers panoramic views of Lake Mead.