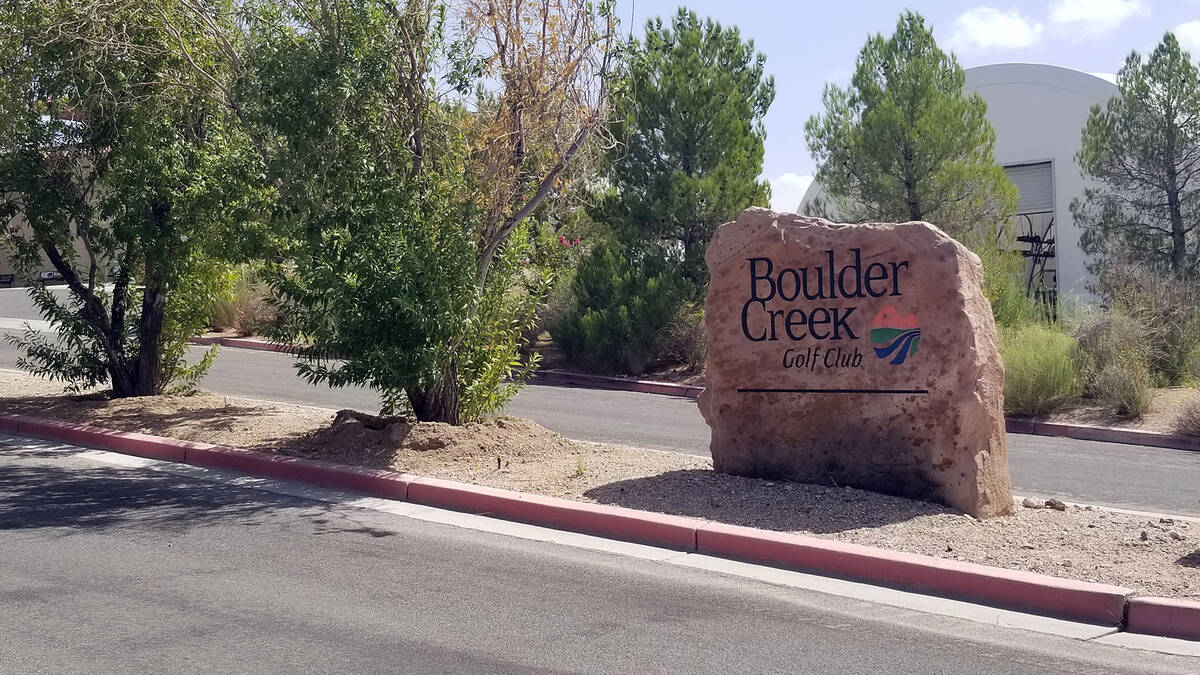 At its Tuesday, meeting, City Council approved a $1,199,459 contract with the E-Z-Go Division of Textron Inc. for 130 new golf carts as well as GPS units and accessories for them. The approved amount in the budget was for approximately $1.4 million.

“By using the NRS (Nevada Revised Statutes), we saved about $219,000 in this project,” said Paul Sikora, the city’s purchasing manager.

Sikora said NRS 332.195 allows the city to join the contracts of other governmental agencies in or out of Nevada. Region 4 Education Service Center in Texas had recently completed a contract with E-Z-Go. Sikora and City Attorney Brittany Walker were able to use it to draft the new agreement to save the city money.

“At the end of year five, we would then own them (the golf carts) outright,” said Sikora.

The revenue from Boulder Creek Golf Club’s cart rental fees will go back into the general fund.

“Are we in the black or in the red, projection-wise?” asked Mayor Kiernan McManus.

Sikora said the city is expected to be in the black after 19 months of the lease.

The typical life expectancy of a golf cart is five to seven years, according to Parks and Recreation Director Roger Hall. He said Boulder Creek’s current golf cart fleet is eight years old and has rapidly deteriorated in the past year and a half because of the increased number of golf rounds at the course and the one golfer per cart mandate due to the pandemic.

Council approved the lease agreement with a 5-0 vote.

Fire Chief Will Gray said according to the National Fire Protection Administration a chief officer “shall be noticed and respond” to all four-alarm assignments. Those calls are usually structure fires, a mass casualty event or a major wreck on the highway.

Gray said most fire departments have a duty chief to fill that role, but Boulder City does not.

“What happens is, I’m the duty chief because I live here. … Because of the way it works, for the last 18 months, I’ve been on call,” he said.

Gray said Deputy Chief Greg Chesser can respond during business days when needed, but he does not live in town and can’t make it to the scene in the recommended eight-minute response time.

To fill this need, Gray said they came up with the reserve battalion chief position and would reach out to retired qualified fire personnel in town to fill it.

“If a call happened, they would respond to the fire station, pick up one of our extra vehicles and respond like they normally would to the call … That person would be on scene,” he said. “They would be the supervisor and chief officer. They would let our seven people go inside and do what they do and then make sure they’re safe and clear and leave.”

Gray said when he is out of town the reserve battalion chief would be on call during the weekend and Chesser would handle the calls during the week. He estimated the reserve chief would work three to four shifts a month and it would have an annual cost of $11,000. The funds for it are available in the fire department’s budget.

Council approved the new position in a 5-0 vote.