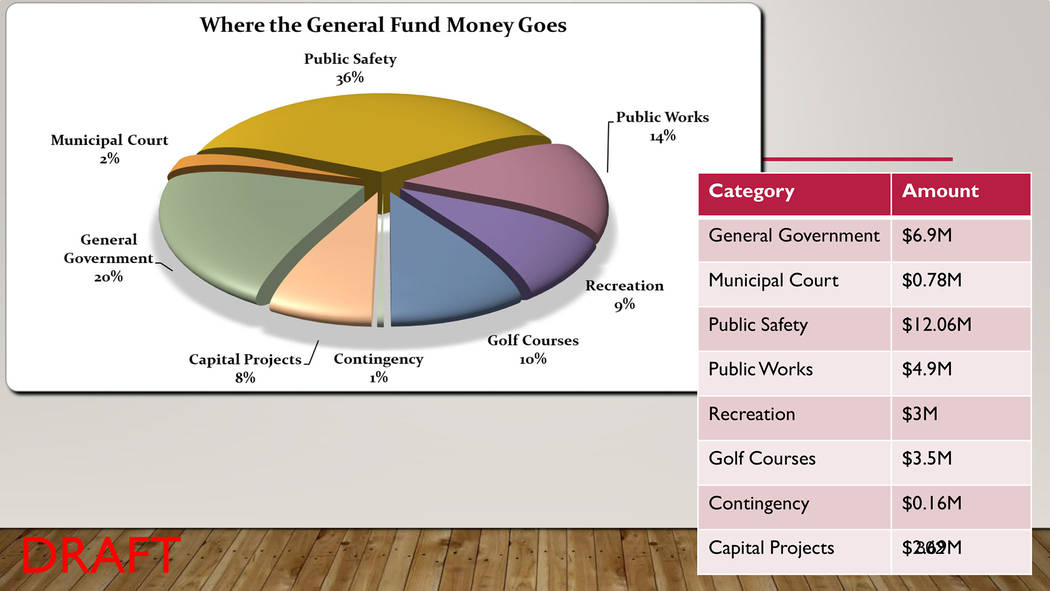 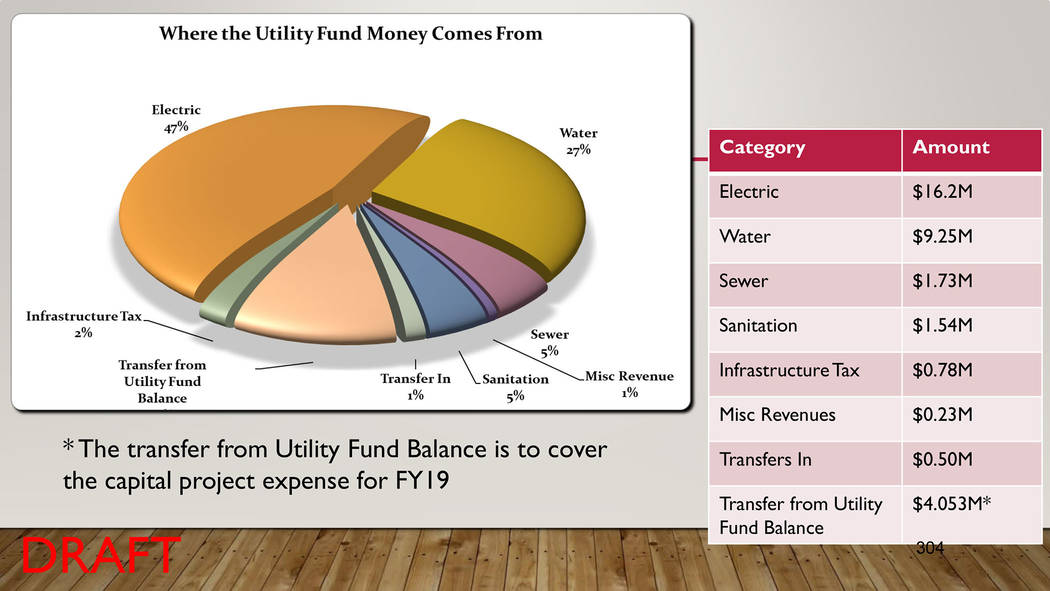 Boulder City will be able to hire 15 new full-time employees under its tentative budget for the 2018-2019 fiscal year.

All of the funds are in “positive territory,” according to Noyola.

He said that he and staff made changes they believed would “put the city in a much better position to add capacity and be able to do some of the critical needs” as well as improving service.

Administrative Officer Bryce Boldt said that 13 of the positions are new ones, and the other two are from expanding part-time jobs.

Councilwoman Peggy Leavitt said that seeing a budget like this was a new experience as the council was in a position for so long where it was constrained in hiring new staff.

“We’ve been doing more with less for many years,” she said.

With the three new positions in the finance department, Leavitt said the city’s contracts, real estate and purchases will be able to be monitored more closely.

“We’re adding some positions to city staff that I think are going to be very important to be able to do some things we’ve not been able to do in the past, and I’m also very happy to see that,” said Councilman Kiernan McManus.

Mayor Rod Woodbury agreed with the additions and said they would help achieve the council’s vision for the city. He also said they would allow the city to do more studies internally rather than hiring outside firms.

“I applaud the plan,” he said. “I applaud that you were able to find different sources … you were creative in that.”

Woodbury also said he thought the budget would save the citizens money in the long run and that he was comfortable with what had been presented.

The new communications manager position has a proposed cost of $146,918, and resident James Adams asked what that would mean for the city’s existing contract with 10e Media.

“I’m just curious as to is this going to be in place of 10e Media or are they going to be doing the same thing? … I would be curious to see where these positions would differ and where we can get better communication for the city,” he said.

The budget also includes $25,000 for the drug court program in Municipal Court.

The utility fund reduction comes from reducing the budget for the design of the water line to the Eldorado Valley from $3 million to $1 million and reducing the 69kV transmission loop from $5 million to $2 million, which would virtually eliminate the option of placing any power lines underground.

“We thought that was a better number for that project,” Finance Director Diane Pelletier said about the transmission lines.

This tentative budget has been submitted to the state, per NRS 354.596.

Council did not take any action on the budget at the meeting. Final approval is scheduled for the May 22 meeting. The council has to adopt the budget by June 1.