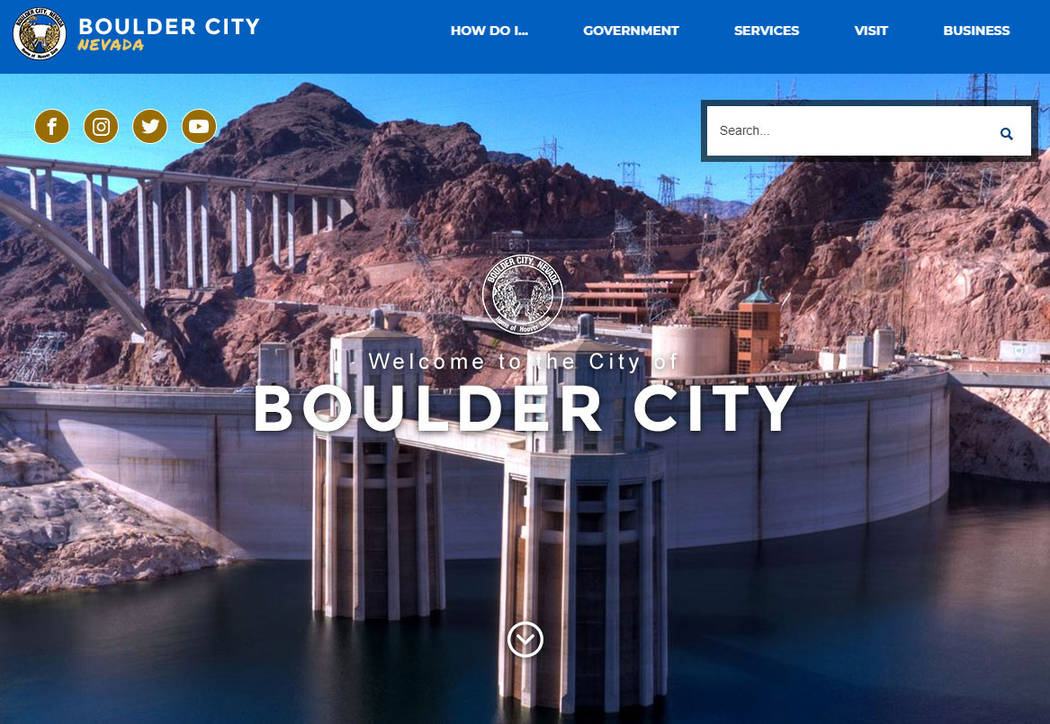 (Boulder City) The city's redesigned website is now live and is easier for residents to use.

Boulder City’s website has a new design that makes it easier for people to use.

“We worked very hard to incorporate what our residents told us they wanted from their city’s website,” said Al Noyola, city manager. “Our goal was to make it easier to navigate the site and enhance the communications between Boulder City residents and their local government without breaking the bank.”

The new look was unveiled Monday, July 29,featuring “a cleaner, sleeker look” and rotating cover pictures, and came at no extra cost to the city.

According to Communications Manager Lisa LaPlante, the redesign was included in the city’s contract with CivicPlus, which was approved in December 2014. The initial cost was $28,690 to design it and then $4,134 a year to maintain it.

LaPlante said the city was eligible to receive a free redesign after 48 consecutive months of the contract.

“The contract with CivicPlus allowed for a redesign at no additional cost if we waited until January 2019,” she said. “I spoke with residents about their concerns and pulled together a team of staff members to make navigation more simple and the optics more visually appealing.”

The redesign also includes Audioeye, a new feature that allows community members with visual impairments to navigate the website by prompting a voice that speaks to them. According to the city, the service costs an additional $3,400 annually.

Also, the city’s social media channels are prominent on the homepage.