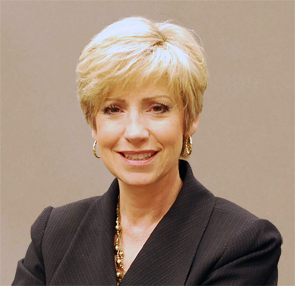 Courtesy photo Lisa Foster, who owns Foster Consulting in Reno, Nevada, signed a $29,000 contract with Boulder City officials to lobby the state legislature on the city’s behalf. She has been working on behalf of the city since 2006.

Tucked away in the consent agenda for its Dec. 13 City Council meeting was a business-as-usual vote to rehire Foster and her lobbying firm, Foster Consulting, which is based in Reno, Nevada.

The council agreed to pay Foster $29,000 for a seven-month contract making it the sixth year that she has represented Boulder City in regular and special state legislative sessions.

Foster’s contract spans from Dec. 1 to June 30, 2017. Terms of the agreement were not available because of a confidentiality agreement.

Before starting her own consulting firm Foster served as the deputy chief of staff for former Gov. Kenny Guinn.

Foster said that small cities like Boulder City hire her because state legislation could drastically affect the lives of local residents.

“Every year there are hundreds of bills that could impact Boulder City from collective bargaining to tax structures and I am here to make sure that the city knows what is going on in Carson City and let people know what kind of bills Boulder City would like to see passed,” she said.

During legislative sessions Foster sends multipage reports to Boulder City officials that show what laws were on the table, which ones passed and which ones did not pass. Additionally, she keeps officials updated on potential legislation and how it could affect the city.

“She is incredibly knowledgeable about state law and the ways it could help or hurt us,” said City Clerk Lorene Krumm. “She sends me weekly updates during sessions that tell me exactly what the bill is and she asks for our input about a certain bill. She really keeps us in the loop.”

At the end of each legislative session, Foster also compiles an in-depth analysis of the year, according to a consulting report given to Krumm.

Boulder City Manager Dave Fraser said that Foster is a proven commodity for the city.

“The reason why Lisa is so important is because she helps legislatures understand the 1,200 bills that get proposed every year,” Fraser said. “By having someone like Lisa we are able to get our concerns to state lawmakers and hopefully pass laws that benefit Boulder City.”

Foster said that small-town lobbying is a necessity for many cities because the state has much more control than local governments.

Nevada is not a “home rule state,” meaning that local governments can make some decisions regarding their own laws and setting their tax rates, but they are still regulated by the state for certain issues.

“So many laws that pass or fail every year can effect a city in so many ways,” Foster said. “Things like setting up a tax structure are not in the hands of local governments so they need someone like me to look out for their interests.”

Foster currently tracking bill drafts that could be up for a vote during the 2017 legislative session. The first session of 2017 is on Feb. 6.