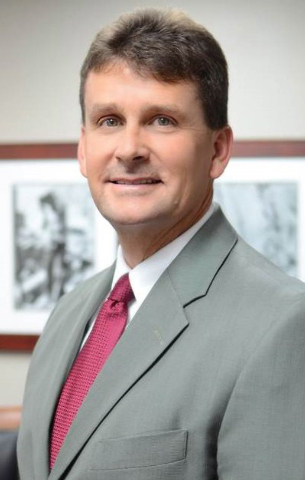 Boulder City Councilman Rod Woodbury has announced his intention to run for mayor in 2015.

“I think it is an opportune time,” Woodbury said. “Obviously Mayor Tobler is leaving due to term limits and somebody needs to fill that void. Those are big shoes to fill, but I’m the right person.”

“Rodney is community minded and has been a good addition to the council. I certainly think he will be a good mayor,” Tobler said. “I think he has the vision of where the city should go, which I like.”

Filing for the 2015 municipal election begins Jan. 27 and continues through Feb. 5. The primary will be April 7.

His term expires in June, when he would take office if elected mayor.

“I think he’ll be a great mayor and I certainly support him,” said Councilwoman Peggy Leavitt, who joined the council at the same time as Woodbury. “This is a critical time for our city and it helps to have some experience on the council.”

Woodbury said he sees the effects of Interstate 11, drones and solar leases as some of the biggest issues facing the city in the coming years.

“We have already started down that road a little bit, especially with businesses,” he said referring to the construction of the bypass.

“I want our business district to remain healthy and strong. We have been planning for the future, preparing with the right signage and appropriate business along the I-11 corridor. We want to take advantage of the opportunity for revenue for the city, as well as make sure the (existing) businesses are prepared as well.”

Woodbury said he believes the unmanned aerial vehicles that will be based at the airport will provide good business opportunities. He also said the city has negotiated for smaller, less intrusive drones, which are a better fit for the municipal airport.

“I know some people are a little careful and skeptical about that process and what it will entail, but they are definitely coming. We need to plan appropriately for that as well and see that everyone’s concerns are taken care of.”

With regard to solar leases, Woodbury said that although they “haven’t panned out as quickly as we hoped they would in terms of revenue,” they have still guaranteed the city $10 million in revenue, which is crucial to the city’s financial health.

Going forward, he said he wants to help solar businesses as much as possible, even with developing potential sites.

Tobler agreed that these will be the primary issues facing the city. He said he believes Woodbury and the others on the council will “do a good job” in preserving Boulder City’s small-town lifestyle while keeping it sustainable.

Woodbury said he already has played a key role in helping secure the city’s financial future, getting the budget down and replacing crucial infrastructure such as aging electrical systems. He said the recent passage of Questions 1 and 2 in the November election will allow the city to move forward with projects that were delayed because of the recession.

He also was instrumental in getting approval from the Southern Nevada Health District to expand the city’s landfill horizontally, extending its lifetime, along with helping initiate single-stream recycling.

Woodbury said he has played a key role, along with Leavitt, in bringing some civility back to the council and building bridges. That spirit of cooperation has enabled them to work effectively to benefit the city.

He serves on the city’s audit review committee and several regional committees, as well as being appointed to two consecutive terms as chairman of the Southern Nevada Health District.

“I grew up in Boulder City and I love this town. This is more than just a community to me; it’s a family,” he said.

Woodbury graduated from Boulder City High School in 1985 and earned a bachelor’s degree from Brigham Young University in 1992. After a brief career as a public school teacher and high school basketball coach, he enrolled in BYU’s Law School, where he earned his degree in 1999.

He is the founder and president of Woodbury Law and also serves as a Boy Scout leader, youth mentor and on the Boulder City Museum and Historical Association’s board of directors.

Woodbury and his wife, Leslie, have seven children — five boys and two girls — ranging in age from 7 to 21.

He continues a family legacy of public service in Nevada. His father, Bruce Woodbury, was Clark County’s longest serving commissioner and his sister, Melissa Woodbury, is a four-term assemblywoman.

“Serving the citizens has been my honor. Now I hope to step up and lead the city into the future,” Woodbury said.