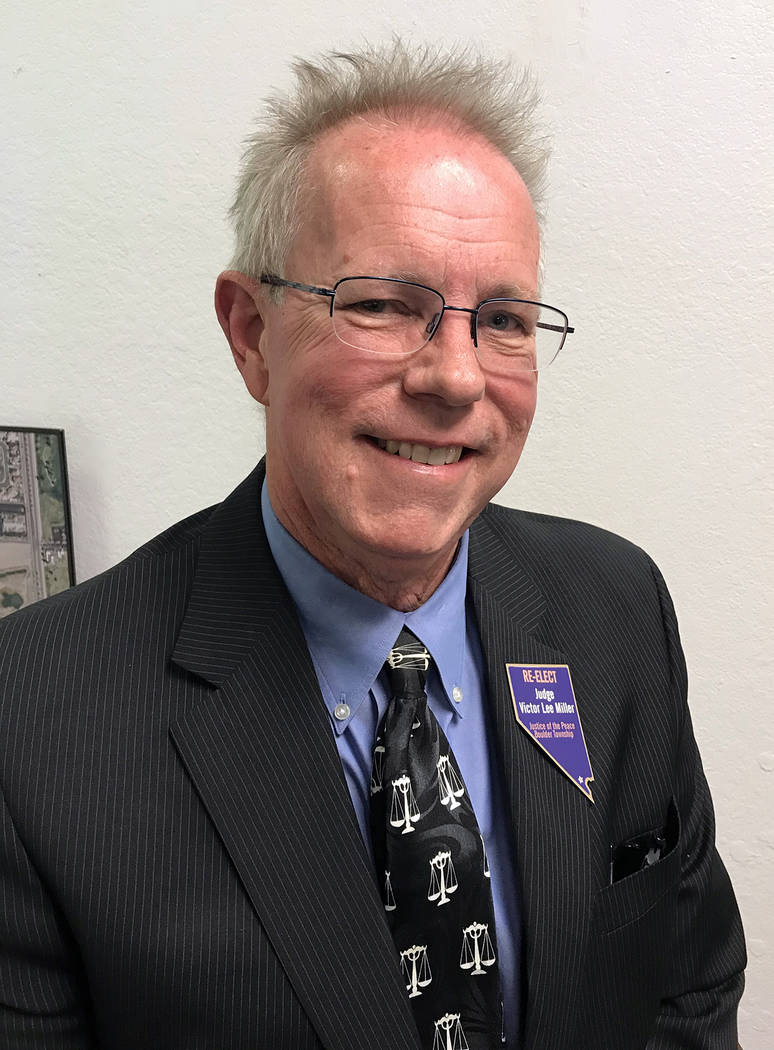 Boulder City and the Clark County Commission have yet to reach a written agreement for the town’s municipal court judge as required by a new county policy.

The policy, which started Monday, Jan. 7, requires that city councils have a written agreement, rather than just an informal one, with the county before they can appoint an elected county judge to also preside over municipal courts.

Judge Victor Miller was recently re-elected as Boulder City’s justice of the peace as well as having a contract to be the city’s municipal court judge.

Through those positions, he receives pay, benefits and pension contributions from both the city and county. The city pays Miller approximately $93,500 year and the county pays him almost $76,000 for his annual salary as well as an additional $15,000 for longevity pay.

According to Boulder City Communications Manager Lisa LaPlante, the city recently sent a draft memorandum of understanding to the county and is optimistic that an agreement will be reached soon regarding the cost saving opportunities between the justice and municipal court operations.

In November, Clark County Commissioner Jim Gibson said the details to be worked out were how much each government will pay for costs related to court staff, equipment and maintenance.

“The county’s policy was passed while under contract with Judge Miller and we need to abide by that contract,” LaPlante said. “At the same time, we are working to maintain our relationship with the county by reaching an MOU (memorandum of understanding).”

The county realized in 2017 it had long been out of step with a 1983 Nevada law that requires commissioners to grant permission before an elected judge also takes on an appointed city role. Commissioners had not done so for either Ryan Toone in Mesquite or Miller in Boulder City.

Instead of immediately remedying the problem, commissioners passed a policy last December requiring written agreements to be in place by the time the judges begin their new terms in 2019. Drafts of the agreement were supposed to be ready in April 2018.

The Clark County Commission approved a deal in December with the city of Mesquite to allow an elected county judge to preside over the city’s municipal court.