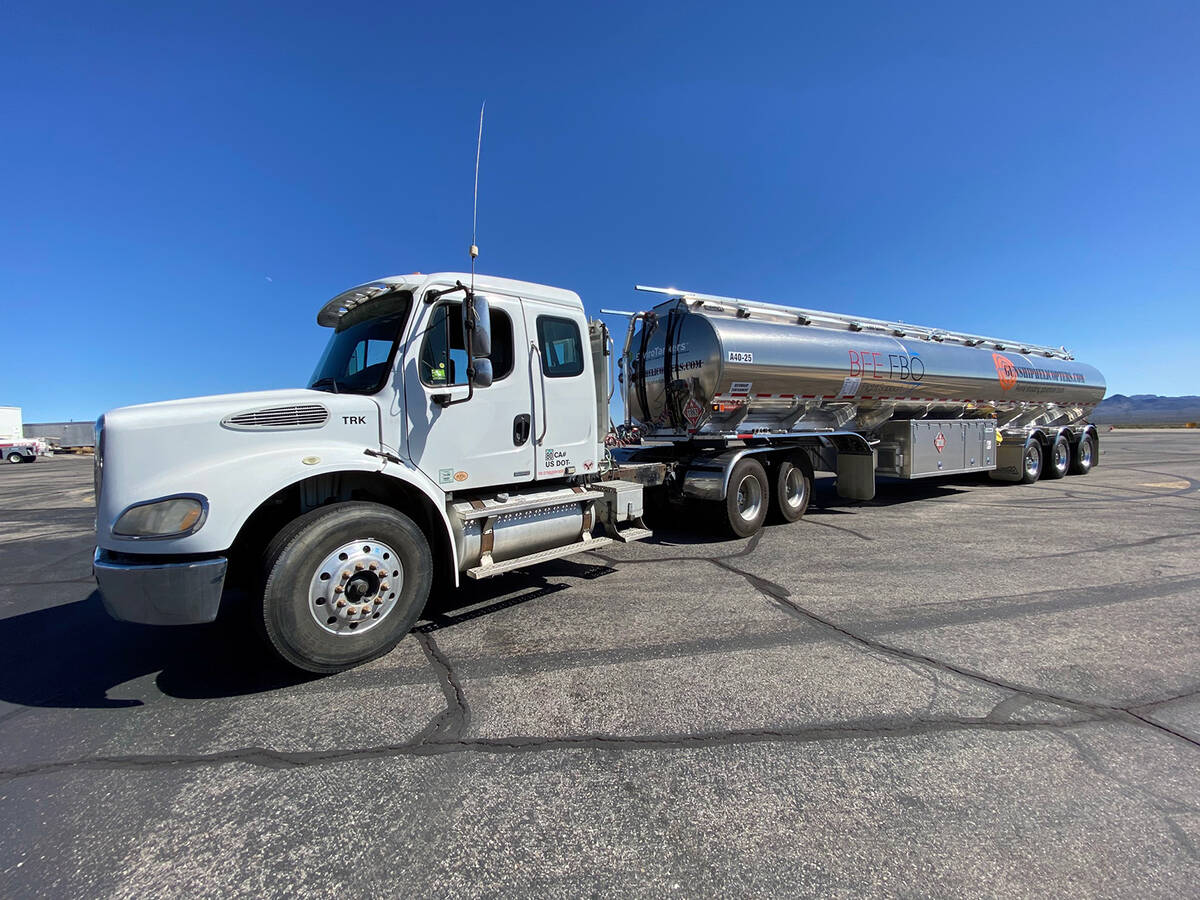 (Photo courtesy Robert Fahnestock) The city has settled a lawsuit with BFE LLC regarding the use of 10,000-gallon mobile tankers at the Boulder City Municipal Airport for zero dollars after the Nevada Supreme Court overturned a preliminary injunction that allowed them to be used for fuel storage. According to the city, using the tankers for storage violates the International Fire Code.

The settlement came after the June repeal of a 2020 preliminary injunction that allowed BFE to dispense fuel from two 10,000-gallon mobile refueling trailers. It was approved by City Council during its Oct. 11 meeting as an item on the consent agenda.

BFE filed a motion for a preliminary injunction in February 2020 to allow use of the tankers to store jet fuel at the airport after he was cited for violating the International Fire Code and told to remove them from the airport, according to Nevada Supreme Court documents and Robert Fahnestock, owner of BFE.

In its decision, the Supreme Court said that the District Court based its decision on a mistaken application of the International Fire Code regarding temporary storage functions.

According to court documents about the case, the Boulder City Fire Department stated it seemed that BFE was trying to avoid using the airport’s fuel-storage facility, which it had used for years, by relying on its new tanker to store and then dispense fuel to its smaller vehicles.

“This practice of using a large tank vehicle to keep fuel and dispense it to other smaller tank vehicles is different from using it to transport fuel to aircraft and directly refuel aircraft. And this difference in use undermines BFE’s likelihood of success on the merits of its claim that (Boulder City Fire Department) was arbitrary and capricious in determining that BFE intended to use its tank vehicle as a storage tank,” the court wrote.

It also said the District Court went beyond maintaining the status quo when it issued the preliminary injunction because BFE had not used the new tank vehicle before, and that the public’s interest was not considered with what “appeared to be a violation of the fire code with serious potential public safety consequences.”

Fahnestock said his company purchased the refueling equipment to compete with the city. He said it was the same “type of equipment and number of gallons” that the city had listed on its request for quotation/proposal in 2019.

Once the injunction was filed, he said his company served customers at the airport for four months while “exhausting every resource trying to work out a common-sense deal.”

In 2021, the city passed new fuel standards at the airport that allowed the tanker vehicles to be “legal and safe to use,” he said.

After spending $150,000 in legal fees, Fahnestock said he asked the judge to drop the case.

The city and BFE ultimately decided to settle the matter for no money to avoid any further costs.

“The city is pleased to have this matter resolved,” said City Attorney Brittany Walker in an email.

Fahnestock added that he moved his operations to St. George, Utah, and has sold all of his properties in the city, except for his house, which is currently for sale.