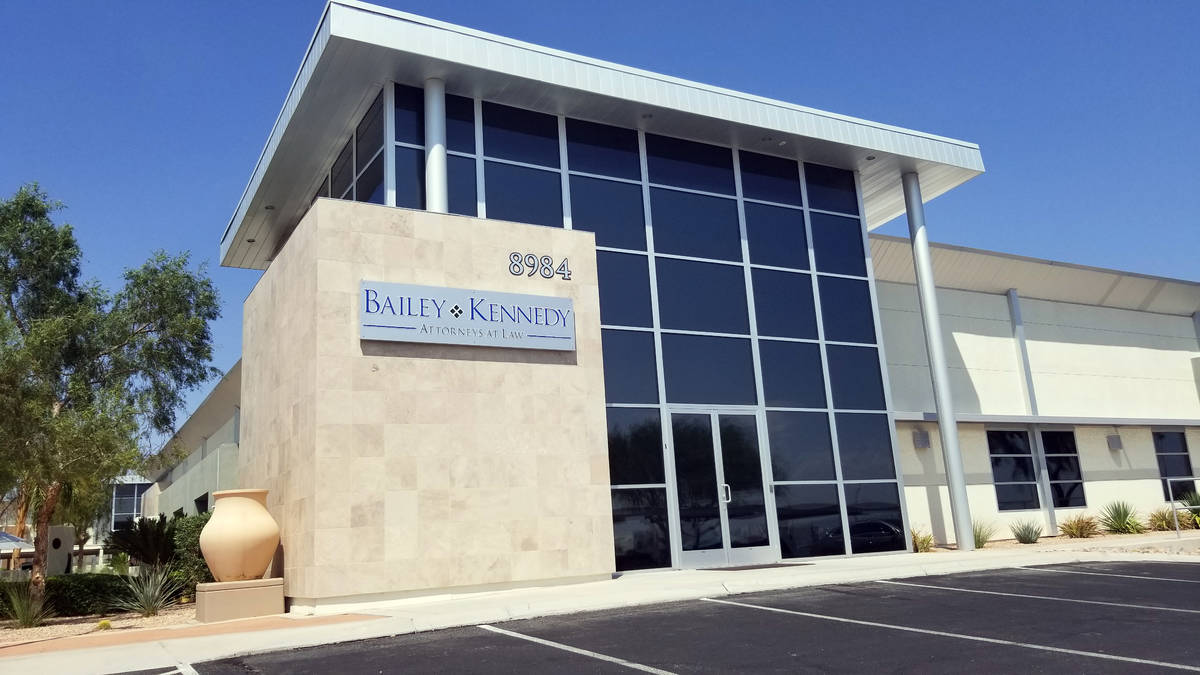 Celia Shortt Goodyear/Boulder City Review Bailey Kennedy law firm has filed its opposition to a complaint filed against the city by City Attorney Steve Morris and City Manager Al Noyola. The firm is representing the city and is asking for a temporary restraining order to be lifted.

Attorneys for Boulder City are asking a judge to remove a temporary restraining order that will allow City Council to hold a meeting to discuss terminating the employment contracts of the city manager and city attorney.

In the city’s opposition to a request for a preliminary injunction filed in Nevada’s Eighth District Court on Aug. 19, attorney Dennis L. Kennedy wrote that Boulder City’s rules of procedure for City Council meetings allow a single council member to “request one or more items be placed on an agenda for a public meeting” and that the contracts allow the members to be fired at any time except six months before or after a council election.

Mayor Kiernan McManus had called for an Aug. 6 special meeting, where Councilwoman Tracy Folda was requesting four items be put on the agenda. They were to discuss terminating the employment contracts of City Attorney Steve Morris and City Manager Al Noyola due to their character and alleged misconduct and possibly appointing their replacements.

Morris and Noyola filed a complaint Aug. 3 in District Court asking for an injunction that prohibits the council from considering the items about their employment contracts and accuses it of violating the state’s open meeting law in how it notified them.

They also claim the meeting was in retaliation because they substantiated a series of allegations against McManus, who has been accused by various city employees of “religious discrimination, harassment, bullying and creating a hostile work environment.”

Judge Jim Crockett approved a temporary restraining order before the Aug. 6 meeting that prohibited any action until after a hearing in District Court.

Kennedy wrote in his opposition that Noyola and Morris “have mustered a fantastical Catch-22 paradox in which the City Council can never proceed to consider agenda items since the only way to do so is at a public meeting for which advance notice is given… .”

He also discussed Morris’ and Noyola’s retaliation claims, writing they were “perhaps colorful and intended to generate favorable publicity” for them as well as being “white noise intended to distract” the court and they should be a confidential matter investigated by the Nevada Equal Rights Commission.

Kennedy wrote that Morris and Noyola are city officials who act on behalf of the city, and when they accepted “their positions, they understood that under Nevada law, their character and alleged misconduct could be brought before the City Council at a public meeting.”

According to their contracts, Morris and Noyola are at-will employees and subject to firing at any time “with or without cause, for any reasons or no reason” by City Council.

Kennedy wrote that the next council election will take place in April 2021 and the delaying the special meeting to discuss firing Morris and Noyola could “result in Boulder City being forced to retain officials who may have engaged in misconduct (if affirmed and decided by a majority of the City Council) for an extended period of time.”

The District Court hearing is scheduled for 9 a.m. Sept. 17.

The city was required to submit this opposition to the court by Tuesday, Aug. 25, and Morris and Noyola must submit their reply by 5 p.m. Sept. 8.