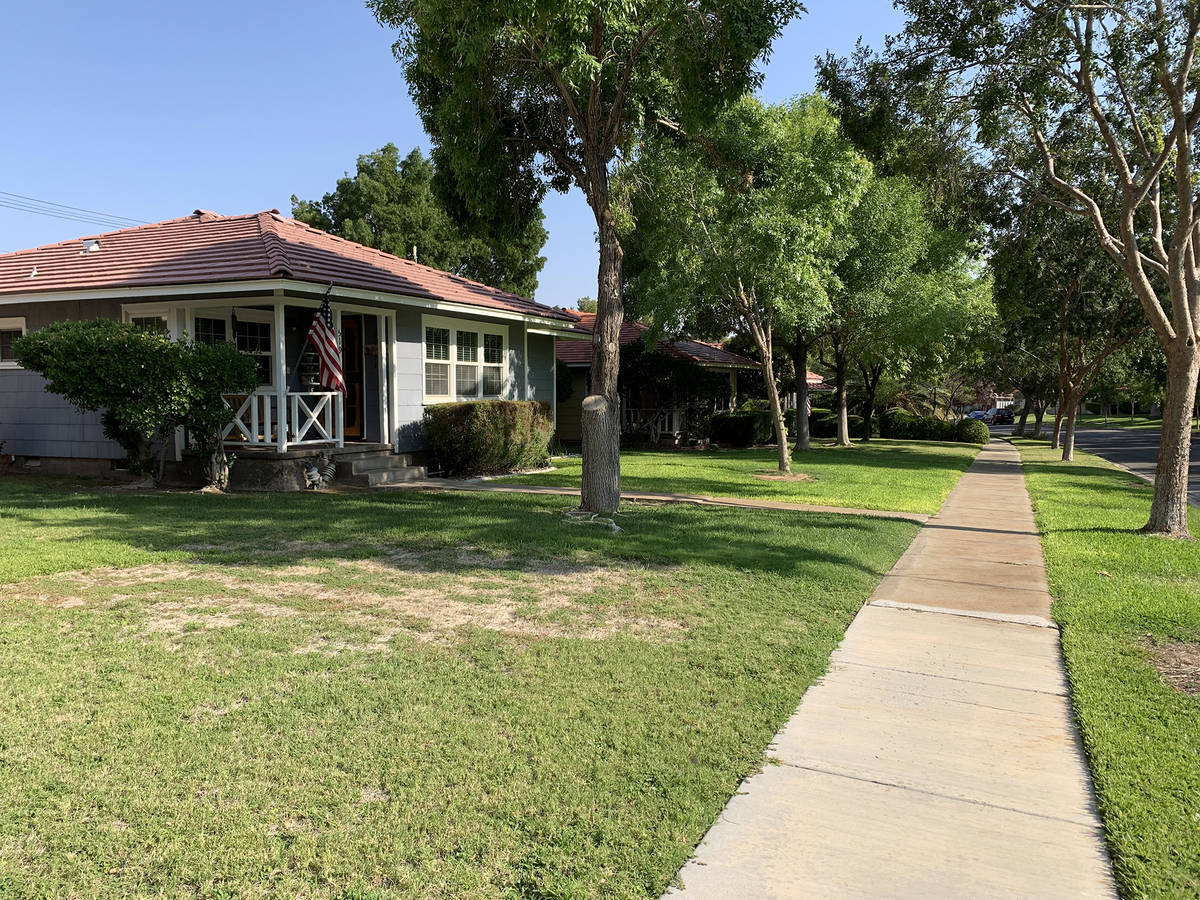 Hali Bernstein Saylor/Boulder City Review Boulder City has a new historic preservation plan that will help it maintain its historic resources like these homes on Cherry Street.

Council approved it in a 3-2 vote at its Tuesday, Aug. 24, meeting. Councilwoman Sherri Jorgensen and Councilman Matt Fox voted against it.

“I do think it’s really important moving forward with this. … This is something that was determined when we created our strategic plan,” said Councilman James Howard Adams. “Historic preservation was something that was put on there. That was done through public engagement. The public made that a priority, that historic preservation be something. In order for us to move forward, we need an action plan.”

Jorgensen said she was concerned about approving it now because a lot of the process, including the community outreach, took place during the pandemic.

“I just feel it would behoove us to ask for more input from them (historic property owners),” she said. “At least give them the opportunity if we’re going to ask them with their private property to live up to these standards that we’re going to create.”

Mayor Kiernan McManus said the city had been doing surveys like this for years and he recommended people look back at those and what else has been done.

In early 2020, the city hired Nevada Preservation Foundation to prepare a historic preservation plan for the community.

“The plan is designed to build and support a sustainable historic preservation ethic,” she said. “It does a great job of outlining a path forward that supports the community’s overwhelming desire to invest in preserving Boulder City’s unique historic resources.”

One of the plan’s goals is to update the structure, powers and duties of the Historic Preservation Committee by giving it the power to approve, conditionally approve or deny an application for altering or demolishing a historic resource. It would also be able to do the same for new construction in the historic district.

That approval or denial would be based on preservation standards that have yet to be set. The committee membership requirements would also be updated to include commissioners with a professional background.

“I’m thoroughly opposed to giving them (the Historic Preservation Committee) the authority to deny you a building permit,” said Larry Turner during public comment. “It’s a citizens’ committee.”

Grant Turner also said he was concerned about how this would affect the rights of private property owners.

“It leaves open the possibility that an applicant could meet all the requirements for eligibility and still be denied … . I think a lot of us really pushed for historic preservation but giving anybody control over what private property owners can do with their own property is really opening the city up to tremendous liability,” he said.

Even though those proposed changes are part of the approved historic preservation plan, they are not valid yet.

Mays said those changes would come through future text amendments.

That process would include numerous opportunities for public input, according to Mays.