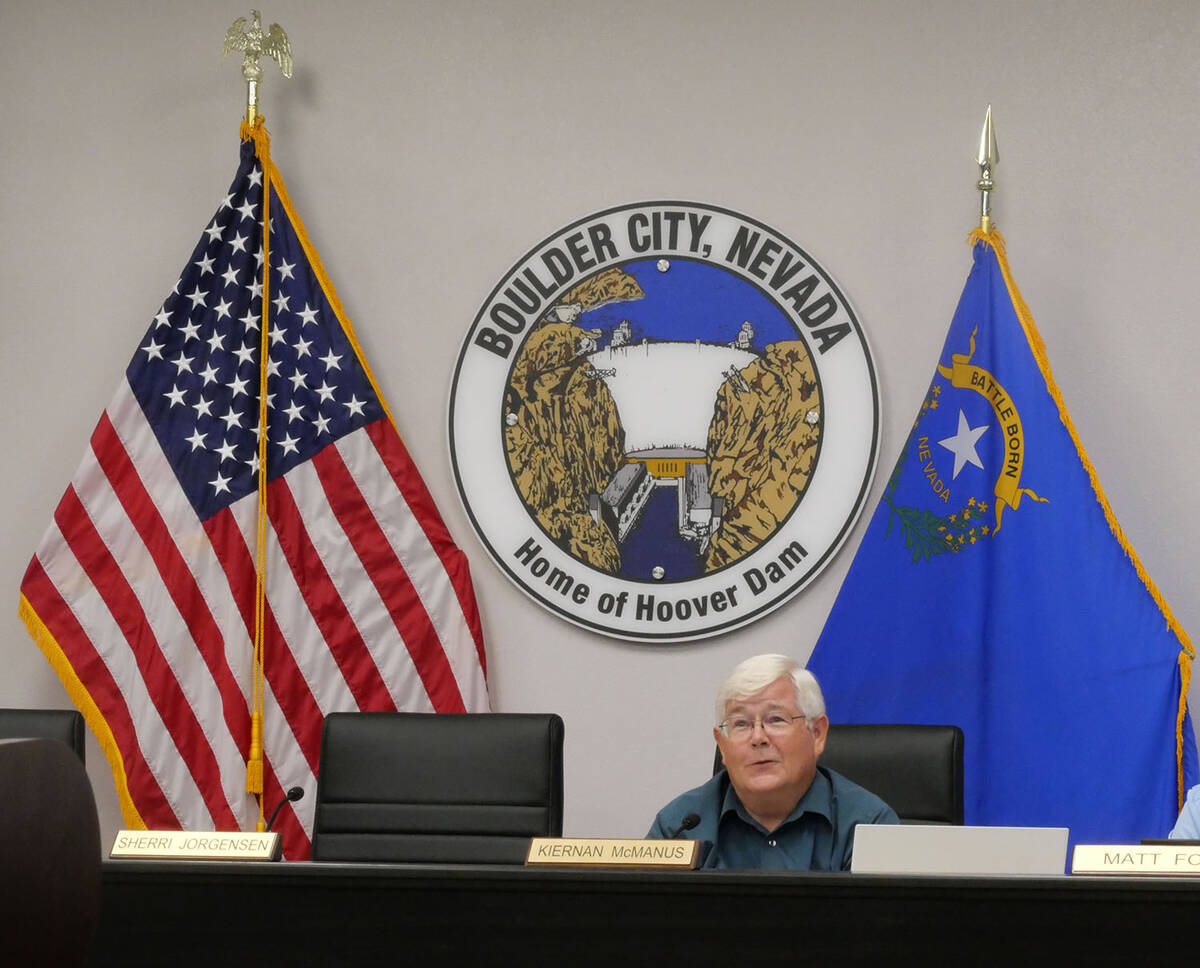 The railroad museum will use the land at the northwestern corner of Boulder City Parkway and U.S. Highway 93, which was leased to the state for 99 years at no cost, to expand. Additional parking, passenger loading centers and a welcome plaza for guests of the museum are planned.

“I think this project is exceptional for Boulder City. We often see the city provide land for different projects. The expansion of the Southern Nevada Railroad Museum, I think, is going to be tremendous for this city,” said Mayor Kiernan McManus.

According to museum Director Christopher MacMahon, the centerpiece of the new welcome area will be the Davenport locomotive, which is one of the last surviving trains used to help construct Hoover Dam.

Fire Chief Will Gray highlighted the ongoing efforts for a business community CPR and automated external defibrillator program and Fire Station 122, a substation that council approved to fund in July.

The tentative location for a second fire station, which will greatly reduce response times for emergencies in the city, is at the southeast corner of Quartzite Road and Nevada Way. The station will be built to resemble a typical home in the area with two large garages for fire vehicles.

Gray mentioned that he has been in contact with the city engineer, reviewing design options.

“We’re hoping to be able to get this back to council by the end of the year to look at the plans and form an approval on the design,” he said.

McManus expressed his concerns about funding additional staff for the new fire station.

“A definite plan is really needed so that budgets can be done and residents can have the proper reasoning and expectations. These things should not be left up in the air,” he said.

Gray informed the mayor that the fire department’s staffing budget can be found on its website. City Manager Taylour Tedder jumped in to mention how staffing for the new substation would be provided by existing staff.

“The two or three positions mentioned in his (Gray’s) presentation are actually existing positions that would move from the current station to the new station,” Tedder said. “Right now we have no plans for additional personnel.”

The fire department also is working on providing as many as 43 automated external defibrillators, which will be paid for by the city, to local businesses to try to save lives. Additionally, the fire department will be offering free CPR and AED classes for businesses and residents.

“If we can get this up and running effectively, we will be one of the only fire departments or cities in the country doing this. This will save lives. It might take a year or two, but this will save lives,” said Gray, reminding council members that 19 percent of cardiac arrests occur in public.