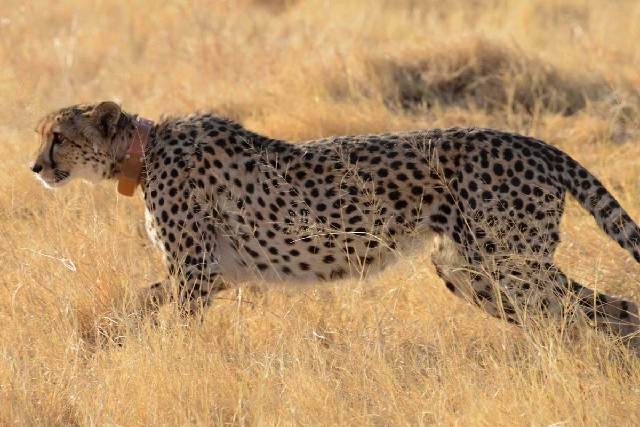 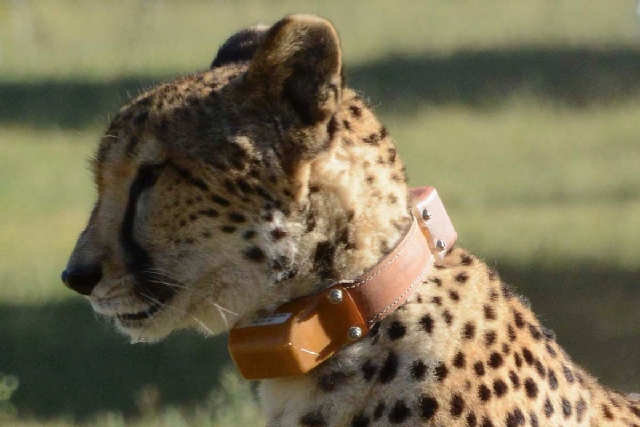 WASHINGTON — Everyone knows cheetahs are blazingly fast. Now new research illustrates how their acceleration and nimble zigzagging leave other animals in the dust and scientists in awe.

Researchers first determined that cheetahs can run twice as fast as Olympian Usain Bolt on a straightaway. Then they measured the energy a cheetah muscle produces compared to body size and calculated the same for Bolt, the sprinter. They found the cheetah had four times the crucial kick power of the Olympian.

That power to rapidly accelerate — not just speed alone — is the key to the cheetah’s hunting success, said study lead author, Alan Wilson. He’s professor of locomotive biomechanics at the Royal Veterinary College at the University of London.

“Capturing prey seems to come down to maneuvering,” he said. “It’s all the zigzagging, ducking and diving.”

Wilson and colleagues put specialized GPS tracking collars on five of these animals in Botswana, Africa.

They clocked cheetahs topping out at 58 mph — slightly less than the 65 mph measured for a cheetah once in 1965. Wilson said most hunts were done at more moderate speeds of 30 mph, but with amazing starts, stops and turns.

The way cheetahs pivoted and turned while sprinting was amazing, he said. A cheetah can bank at a 50-degree angle in a high-speed turn, while a motorcycle can do maybe 45 degrees, Wilson said.

“If you are trying to catch something, the faster you go, the harder it is to turn,” he said.

David Carrier, a University of Utah biology professor who wasn’t part of the study, said one of the amazing things about the research is that it focuses on an ability of cheetahs that many people overlook. They are too fixated on the sheer speed of this fastest animal on the planet, he said.

“Technically this is a big step forward,” he said. “These guys have completely changed the standard for how we monitor locomotive performance in the field.”

Seth Borenstein be followed at http://twitter.com/borenbears