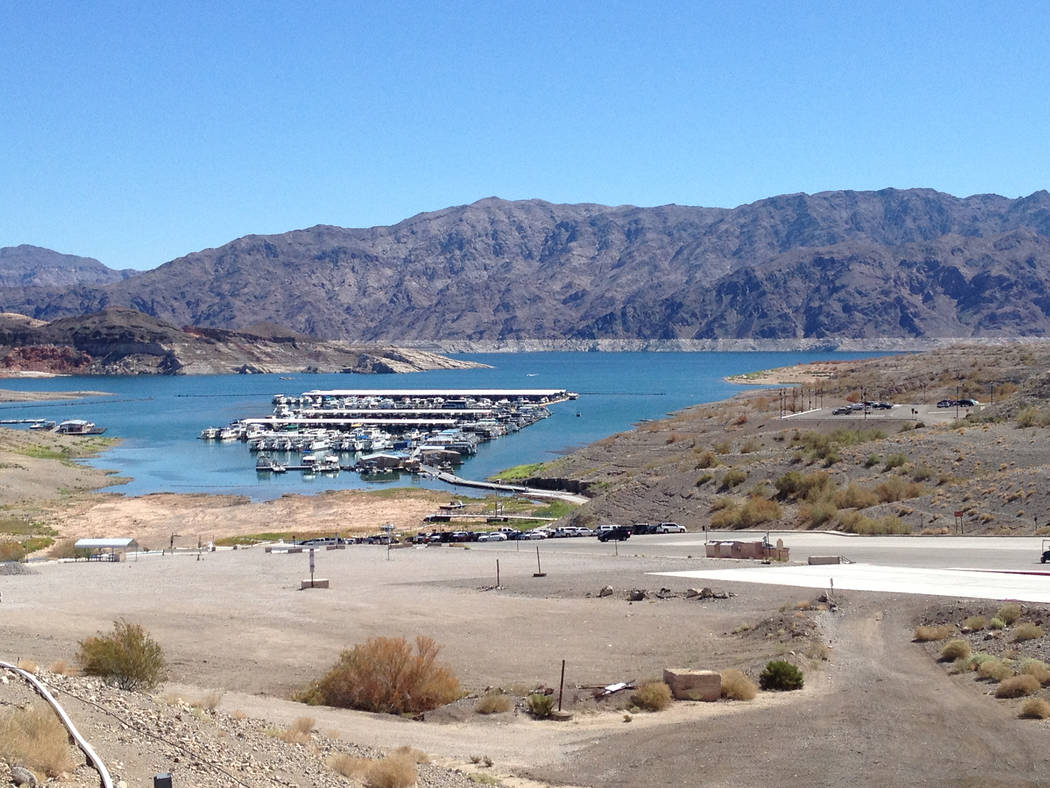 The marina at Callville Bay is undergoing a renovation to accommodate lower water levels and a floating fuel farm.

The marina in Lake Mead’s Callville Bay will be without power for the rest of the month to accommodate a renovation for low water levels.

“Due to the extended drought in the watershed that supplies Lake Mead, we have been planning for lower water levels as a contingency should the levels continue to drop,” said Rod Taylor, vice president of Forever Resorts, which operates the resort, marina and boat launch area at Callville Bay. “For that we need to relocate what we call Marina 3 into the main marina’s head walk. This will allow easier access and maintenance of that access.”

Taylor said that as the water level recedes, it makes the bay and area around Marina 3 narrower, so it has to be brought in alignment with the rest of the marina.

“We have been working on the plan for three years,” he added. “We are hoping this part won’t take more than a couple of weeks. Weather is a factor when you go to move the marina.”

The company has been working with NV Energy to relocate all the electrical feeds to the marina. Currently, there is no electricity at them. It is expected to be off until March 28.

“Working in concert with that, our crew is placing new anchors before we actually move Marina 3 into place,” he said. “Once the anchor system is in place, we will move the marina and connect it to the main marina’s head walk, anchor it in place and re-energize (the marina).”

In addition to the move, Forever Resorts will be installing a floating fuel farm.

Taylor did not say when that would be completed, but the total cost for both projects is almost $1 million.

Callville Bay is within the northwestern part of the national recreation area.