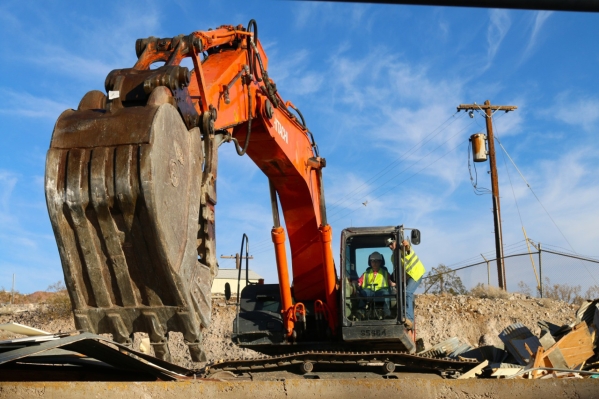 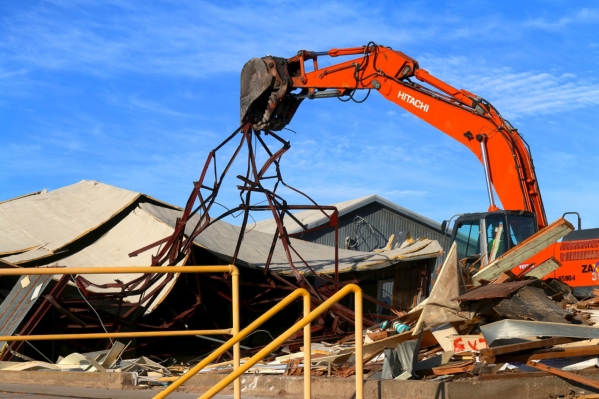 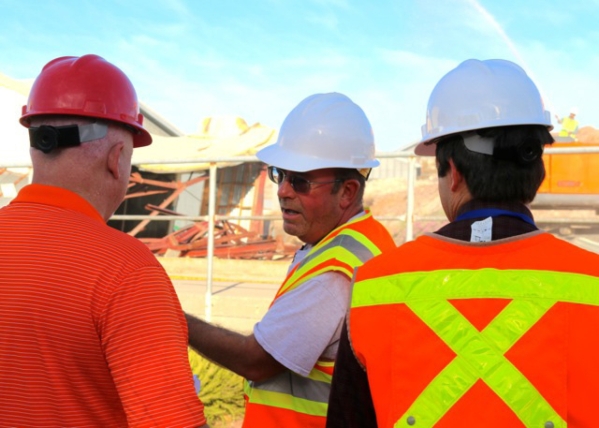 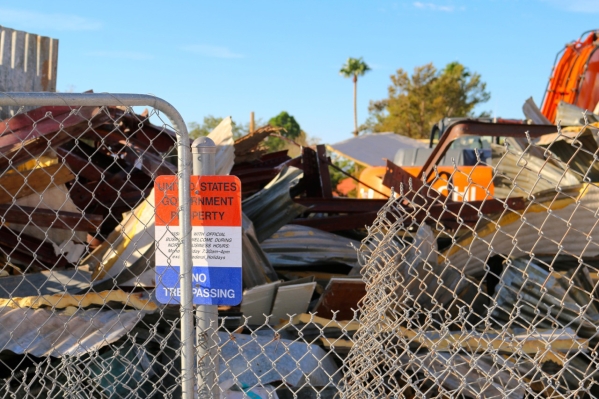 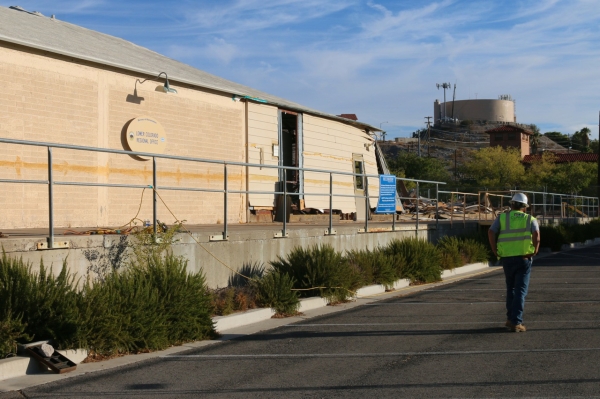 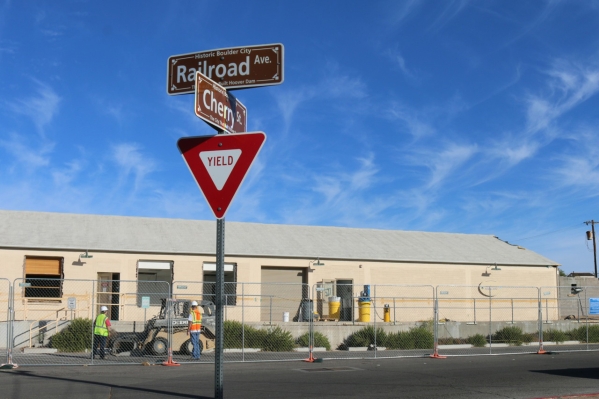 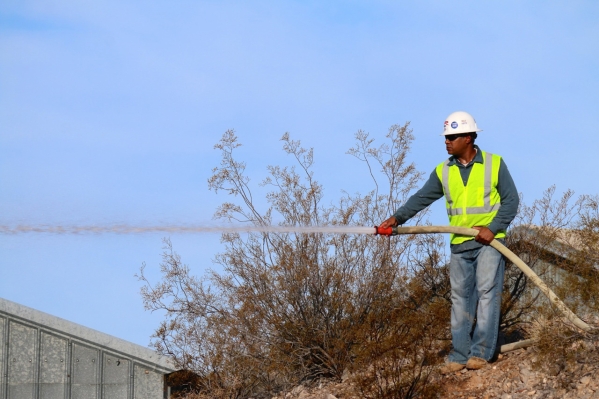 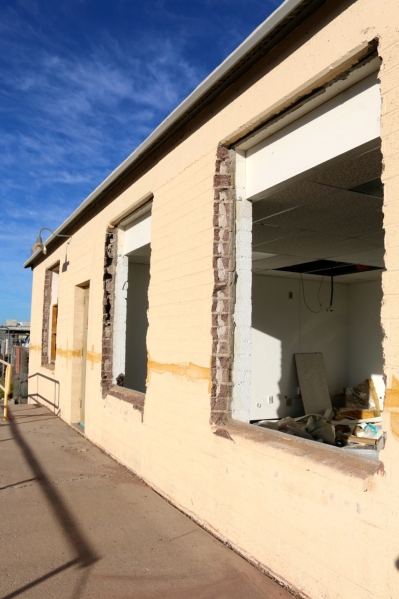 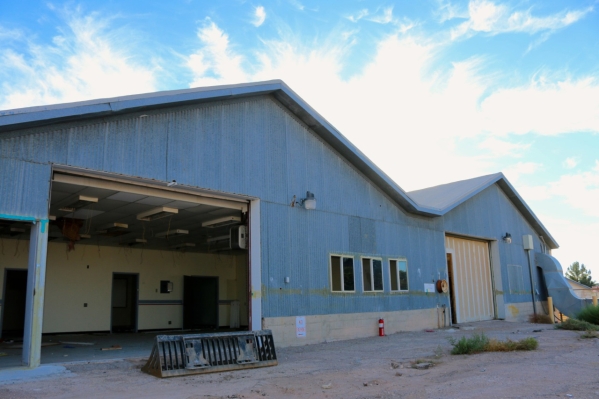 Heavy equipment began taking down one of the old buildings at the Railroad Avenue complex of the Bureau of Reclamation this week.

One of the oldest buildings in Boulder City quietly became an assortment of steel, sheet metal and concrete — and maybe some old memories for those who had worked there.

Building 400, over the years, has served a variety of purposes, most recently as a storage facility, and will now become just more recycled material as the equipment operators perform the final phase of taking the old building down.

No one was there to see it fall except for a few construction workers and reporters.

“We just don’t need to use it any more,” said Leonard Schilling, chief of the Lower Colorado Region’s engineering services office.

Construction of the structures at the Railroad Avenue complex began in 1931 when the eastern portion of the building was built, with the rest of the complex completed in the 1950s. Several renovations were made periodically until 2008.

Over the years, the complex has been used as a welding shop, equal employment opportunity office and Boulder Canyon operations center, the last time staff worked in the buildings, according to Doug Hendrix of the Bureau’s public affairs office.

The main portion of the building, facing Railroad Avenue, was originally identified in August 1984 as a contributing property to the Boulder City Historic District.

However, in 1992 talks between the Nevada State Historic Preservation Office and Bureau of Reclamation determined that the building had been altered so extensively over the years, especially when it was converted to office spaces, that it no longer conveyed its original appearance and did not contribute to the Boulder City Historic District. As a result, it was determined that the building lacked historic integrity and appearance and was no longer eligible for National Register of Historic Places.

The building was closed and it was decided that since all personnel had been moved to other offices on the Date Street campus the building should be razed.

A letter informing nearby residents of the intention to tear down the building was sent out in 2012 and because of delays a second letter was sent out in March. Since no complaints or concerns were voiced by the public, the demolition was ordered to proceed, according to a statement released by the Bureau.

Signs were posted at the site informing the public of the actions and will remain there as long as the project goes on.

Work to raze the building began Aug. 18 to remove any asbestos material; that lasted about five weeks.

Kevin Key, an engineer with the contract administration office for the Bureau of Reclamation, said “the drywall, fireproofing material and related products associated with asbestos were minimal and were taken out in one four-yard dumpster. None of the abatement action created any cause for concern nor placed the public in any danger.”

During the demolition water will be constantly sprayed on the material being handled to alleviate any dust or spreading of residue from the work performed.

There will be a certain amount of truck traffic associated with the project as materials are transported for recycling, but the impact to local traffic is expected to be minimal, according to the Bureau’s statement.

The project is scheduled to be completed this month.

It will cost the Bureau about $500,000 to demolish the building; however, those costs will be recouped through annual savings from maintenance and upkeep costs, and will beautify the area when the land is returned to its natural state, officials said.

No future use of the property has been determined.