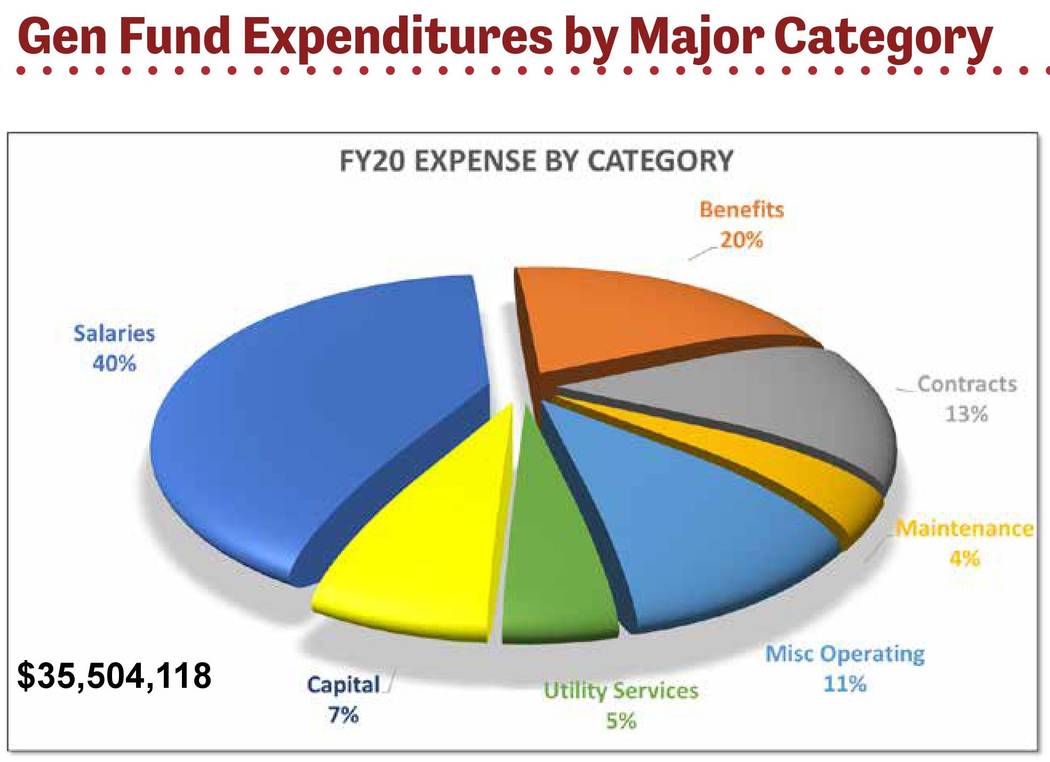 Boulder City’s budget for next year has been approved despite a dissenting vote from one City Council member.

Additionally, the approved budget includes 13 new full-time employees as well as a $50,000 increase in insurance premiums from the city’s insurance carrier, Nevada Public Agency Insurance Pool/Public Agency Compensation Trust; a $6,500 increase in the community development department budget because of a dues increase with the Southern Nevada Regional Planning Coalition and a reduction in utility revenues due to the six month deferment of rate increases.

It also includes a general salary increase of 2.375 percent for most employees and a $1,754,993 surplus within the general fund that will be applied to its capital projects.

Councilman Kiernan McManus issued the only no vote at Tuesday’s City Council meeting.

He said he voted against the budget for several reasons including the number of new employees.

“I think some are unnecessary,” he said. “I also think the formatting (of the budget) needs to account for the funding for solar lease money and how its being spent … . The money goes into the general fund and then flows out. It isn’t smart. It isn’t a good thing to do.”

The budget will now be sent to the Nevada Department of Taxation. According to state law, it must submitted to them by June 1.

City Clerk Lorene Krumm suggested the staggered terms so that all the positions would not need to be reappointed at the same time.

■ Approved the transfer of its $827,741.58 in volume cap to the Nevada Rural Housing Authority, returning unused state funds for rural housing needs. This action does not create any debt or obligation to the city.

■ Heard a presentation from Saint Andrew’s Council of the Knights of Columbus about its youth substance abuse poster, soccer challenge and basketball free throw contests. The city then presented certificates of award to the winners.