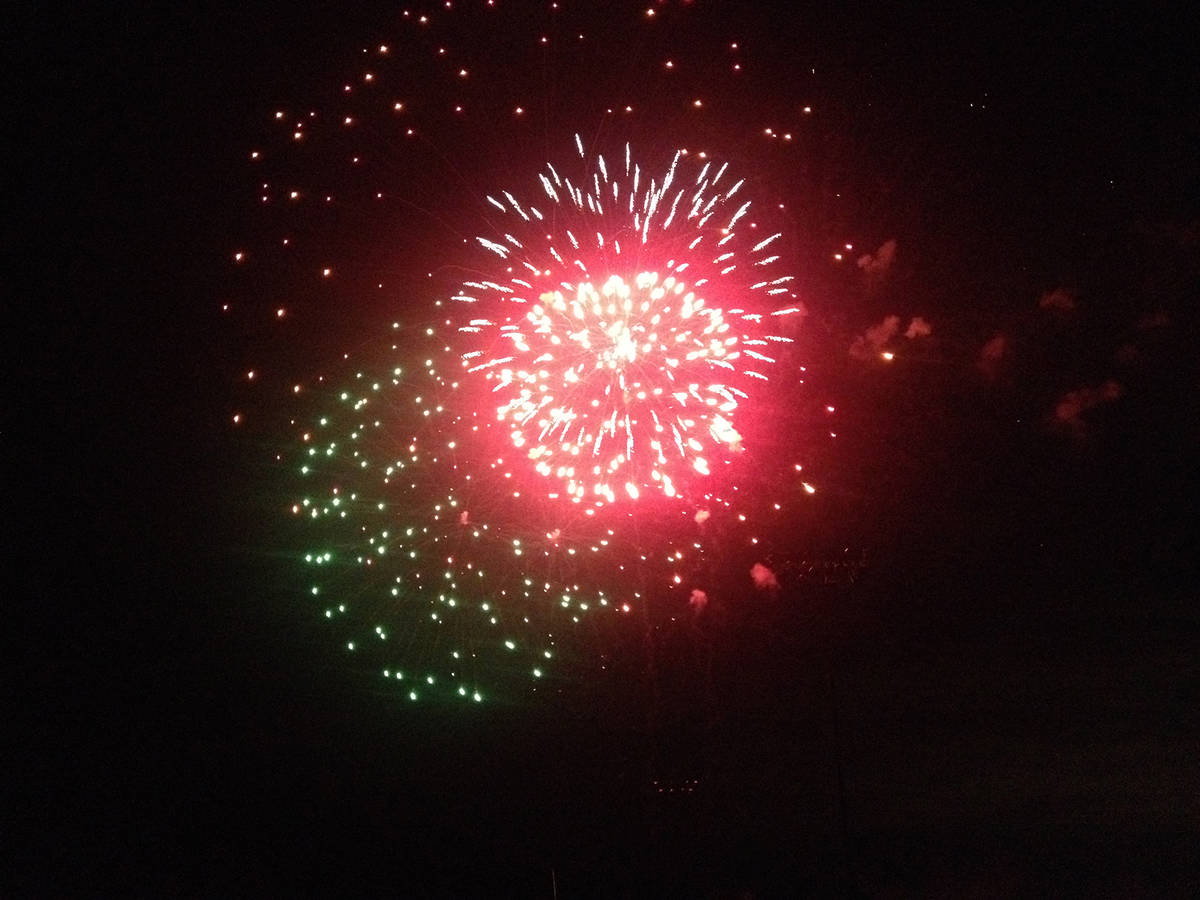 Fireworks that light up the sky should be lit by professionals. Those who prefer a home show should use only fireworks labeled "safe and sane."

Only fireworks labeled “safe and sane” are allowed throughout Clark County. They went on sale Monday and can be purchased through Sunday at licensed and inspected stands.

The dry conditions are a concern this year as sparks from fireworks could make it easier for fires to start and spread. The National Fire Protection Association estimates that fireworks start an average of 19,500 fires per year.

According to city officials, burns account for 44 percent of the 9,100 injuries treated in emergency rooms in the month around July 4. Half of those injuries were to extremities such as a hand, finger or leg. One-third were to the eye or other parts of the head and more than one-third involved children younger than 15.

“Do not allow children to play with fireworks. They should be lit by adults and handled with extreme caution,” said Fire Chief Will Gray.

The loud noises and flashes associated with certain fireworks often trigger post-traumatic stress disorder among veterans as well as cause distress for adults and children. They also frighten many pets; Boulder City Animal Shelter sees an influx of pets who run off because of the noise.

“The safest way for you and your family to enjoy fireworks is to attend one of the many public fireworks displays put on by trained professionals, including the Damboree fireworks scheduled on July 4 at Veterans’ Memorial Park,” Gray said.

Other safety tips include:

■ Be courteous: Let neighbors know in advance if you plan to celebrate with fireworks so the noise doesn’t surprise them and they can enjoy the show, said Bill Weimer, vice president of Phantom Fireworks Co. Clean up litter left behind.

■ Be prepared in case of fire. Have a source of water nearby.

■ Use fireworks on flat, hard surfaces such as parking lots and cul-de-sacs away from buildings, vehicles, dry brush and spectators. Place discharged fireworks into a bucket of water overnight to make certain they do not reignite.

■ Closely supervise children and pets; maintain a distance away from the fireworks that are being ignited to minimize the possibility of injury.

■ Beware of sparklers. These can be popular to give young children, but they can cause clothes to catch fire and serious burns.