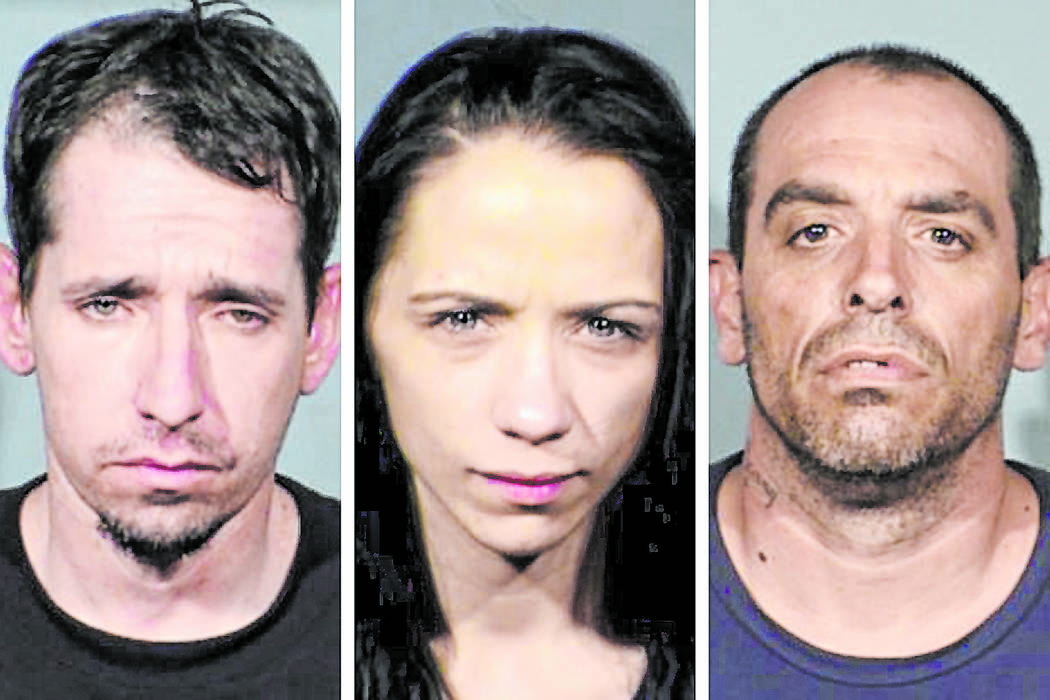 Last week, the police department released a statement about a four-month investigation into drug trafficking in the area that led to three arrests and the seizure of almost 2,000 grams of methamphetamine in June.

Commander Brent Speyer said this information was not released until Oct. 31 because it was tied to an ongoing investigation.

According to the department’s press release, Mestas was the main target of the investigation, and he had created a drug distribution network through which he supplied methamphetamine to numerous customers in Boulder City, Las Vegas and Henderson.

In June, the Metropolitan Police Department’s SWAT team executed a Boulder City Police warrant for Mestas and Power. Prior to the police’s arrival at Mestas’ home in Las Vegas, both the suspects had left. They were apprehended by a Boulder City Police K9 officer who was there and watching the area. That officer detained them while Metro executed the warrant and found approximately 1,600 grams of methamphetamine, a mobile forgery lab and stolen property at the residence. They also found $2,741 in cash and four firearms.

“Boulder City may be a small community, but it is not immune to the dangers of illicit drugs,” said Tim Shea, the city’s police chief. “Getting these drugs, guns and suspects off the streets of Boulder City could save lives. It certainly helps me sleep easier at night knowing we made a dent in the drug trade here.”

During the investigation, undercover agents also bought some narcotics from Mestas’ home, which brought the total drugs seized to 1,892 grams. Additionally, Metro was able to solve multiple residential burglaries with some of the items found there.

Speyer said the case is still an ongoing investigation.

According to the Nevada State Department of Corrections inmate search, Mestas is currently incarcerated at High Desert State Prison in Indian Springs, and Power is in Florence McClure Women’s Correctional Center in North Las Vegas.

A third suspect, Gordon Knighton, was also arrested, according to the press release. According to court records, he is not in custody and has not pleaded guilty to any charges.