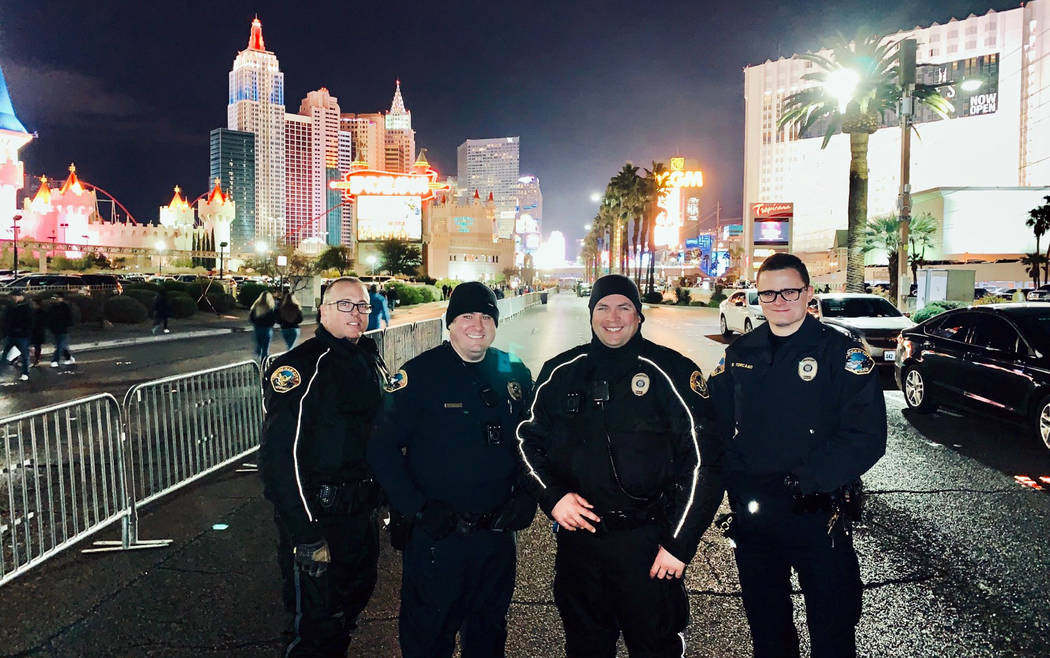 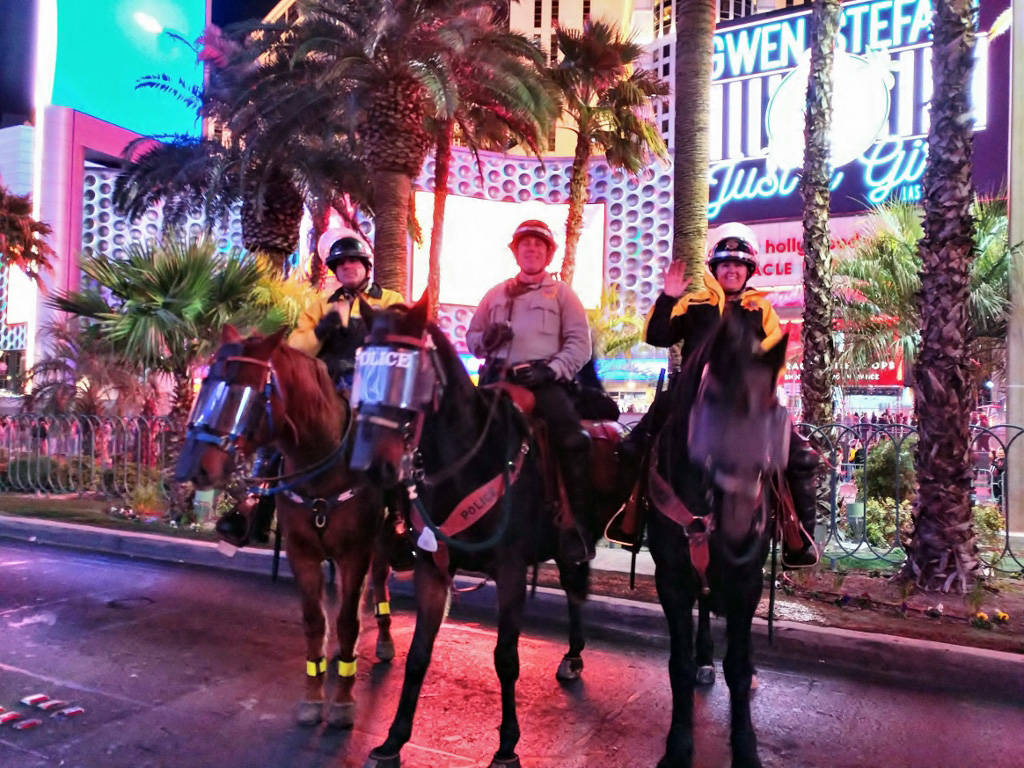 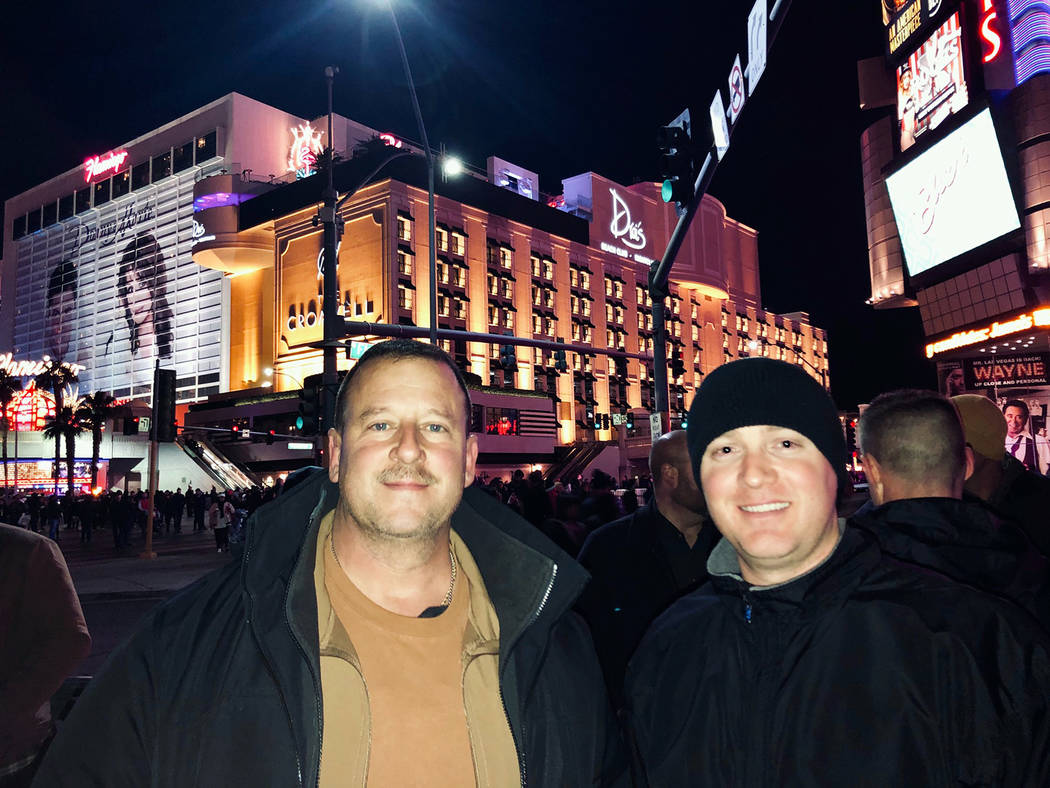 Among those patrolling that night were the city’s mounted officer Scott Pastore and his horse Odie as well as Sgt. Craig Tomao.

“It was a lot of presence, prevention and moving people,” Pastore said.

He said he and Odie walked along the street and helped keep people from going over the barriers as well as helped disperse crowds and investigate suspicious activity.

“I could see above the crowds on the horse. … There were a couple of suspicious calls that ended up being nothing,” he said.

Pastore said they also had to help move people out of different areas on the Strip when it was time to reopen the streets.

“I enjoy it and I like it and it gives Odie good exposure. … He was a rock star,” Pastore said.

It was Tomao’s sixth time helping on the Strip on New Year’s Eve. He was in plain clothes and working countersurveillance for the Southern Nevada Counter Terrorism Center. The SNCTC is Metropolitan Police Department’s 24/7 all-crimes and all-hazards fusion center. It responds to incidents within Clark County.

“We were looking for suspicious activity,” Tomao said.

If they saw anything like that or noticed people with items that were forbidden on the Strip, they would notify a Metro officer.

“We were able to blend into the background and make sure no one snuck up on the officers. … They have to have people in plain clothes,” he said. “It’s integral to keeping people safe.”

According to Boulder City Police Chief Tim Shea, every law enforcement agency in the region participated.

“We responded to a mutual aid request to assist with the policing at one of the largest attended events in the nation. … The goal was to have sufficient law enforcement personnel to prevent as much as possible a tragic occurrence reminiscent of Oct. 1, 2017, and other such events around the world,” he said.

Pastore said officers from the Los Angeles Police Department and California Highway Patrol were there.

“We’re one of the major targets in the country,” he said.

The Las Vegas Visitors and Convention Authority estimated a 3 percent jump in tourism from 2017 with 318,000 tourists traveling to Las Vegas for New Year’s Eve. Police prepared for the approximate 375,000 people — including locals — who converged on the Strip.

“Augmenting the hundreds of personnel assigned over several days, we sent eight over the period of the event,” Shea said. “The event period extends beyond just the evening of the 31st. The operational assignments and specific staff make up is confidential until the conclusion of the event and, in fact, may change up to the time of scheduled deployments.”