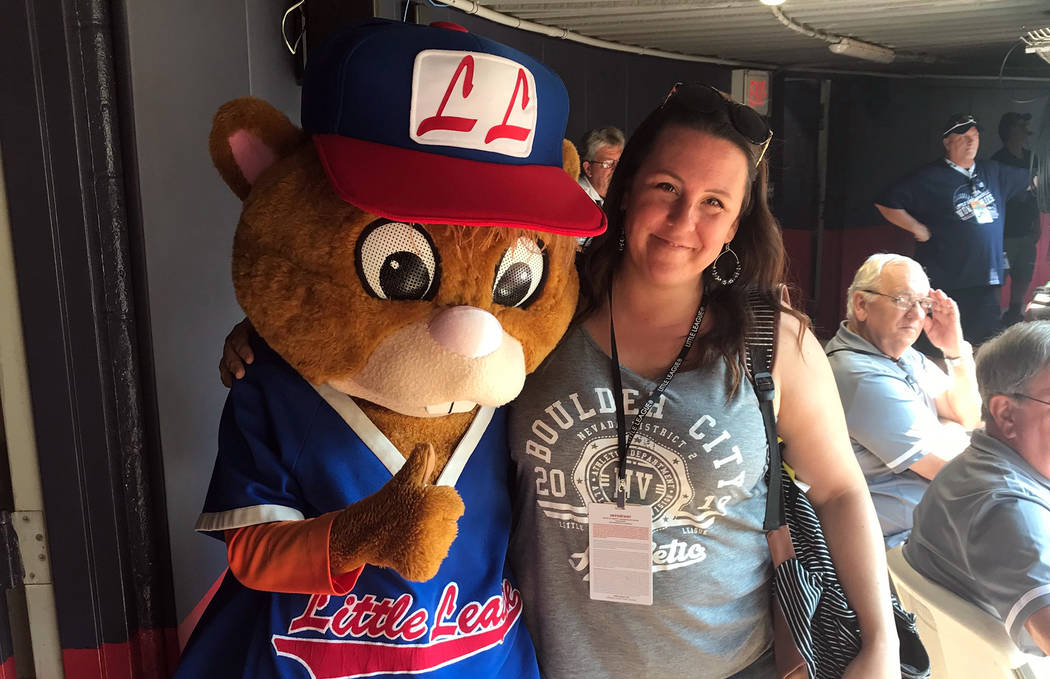 A Boulder City woman was recently honored as the 2019 Little League Mom of the Year during the Little League World Series in Pennsylvania.

Katie Kilar, president of Boulder City Little League, found out in June she was mom of the year after being nominated by her 11-year-old daughter, Aubrey Kilar. She was recognized Aug. 18 during the World Series with her entire family there to celebrate.

“Being recognized for your efforts is always a very humbling experience,” she said. “Having your daughter be the one who portrays it to the rest of the world is just really special. I put in a lot of hours to help the league grow. My family all help, all three kids and my husband.”

Kilar has been involved with Boulder City Little League since 2010 and has been its president since the 2016-2017 season.

In her nomination letter, Aubrey wrote her mom never misses any games if she can help it and she always helps other kids in addition to her own. She also wrote that her mom cheers her and her teammates on and provides opportunities for as many children as possible to play on teams.

Kilar said reading what her daughter wrote about her was emotional.

“Aubrey works all those tournaments with me,” she said. “She takes out trash and cleans and hangs out. She’s a really special kid. To know she really appreciates everything we do is a proud mom moment.”

According to Little League International, the award recognizes mothers who have volunteered countless hours to their child’s participation in the Little League program and who are motivated by providing opportunities for children to learn the value of teamwork, fair play and discipline as well as enjoying the excitement and fun of summer days on the ballfield.

“Little League International really rolled out the red carpet for their volunteers,” Kilar said. “We were flown to Philadelphia and then directly to Williamsport. We had transportation provided to every game. … It’s an indescribable atmosphere, very electric. It was baseball in its purest, most innocent form — a game played by some incredibly talented kids.”

She said she became involved with the league because she knew she could help, so she volunteered as a team mom. She became the league president after all the board members had left their positions.

“The league was on the verge of failing, with only 68 registered players and six total teams,” she said. “Along with everyone else who stepped up since then, we’ve managed to more than double enrollment and start a softball program. … We couldn’t do what we do without the support of the community.”