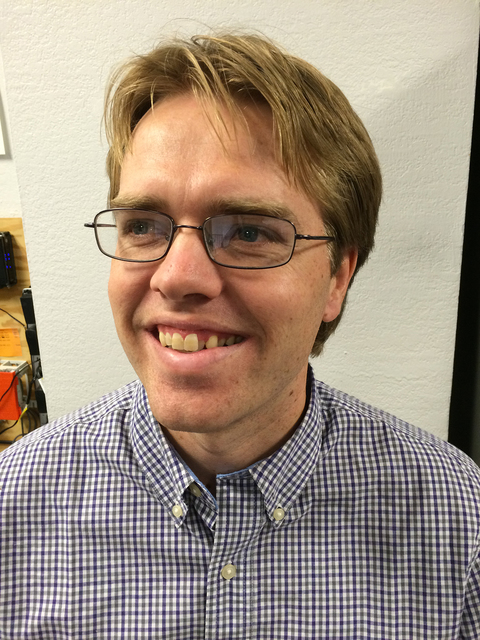 We finally have the presidential decision behind us, but another big decision still looms for Boulder City. It is clear from the mayor’s August opinion piece and talk of “right-sizing” that people are preparing to change Boulder City’s long-standing growth ordinance, and the sticking point is going to be the yearly cap of 120 homes and the individual developer cap of 30 homes.

This decision will bring out passion on both sides. On one hand, no one wants Boulder City to be the next Las Vegas. On the other hand, businesses are worried about the impact of Interstate 11 and are anxious for expanded clientele.

It is because this decision is so important that the ad in past papers supporting Boulder Highlands was so disturbing and is in desperate need of some fact-checking. So here I go.

Claim: We recently had three grocery stores and now we only have one.

This is an exaggeration. I assume they are speaking about Haggen, Albertsons and Central Market. The 99 Cents Only store has as much food as Central Market. OK, so this claim wasn’t too far off but stick with me, I’m just getting started.

Claim: Our schools are shrinking, leading to fewer teachers and larger class sizes.

Claim: The growth ordinance intended Boulder City to grow at 120 homes per year, and if we had, we’d be better off financially.

This is false for several reasons. The ordinance was a maximum of 120, and while the average of 58 might be lower than expected, assuming it was intended to be at its maximum every year is extreme. The bigger issue is the argument that more homes automatically means a better financial situation. Stockton, California, had significant population and growth prior to and after it was forced to claim bankruptcy.

Our city is in a very strong financial position. As Mayor Rod Woodbury points out in his Oct. 6 article, “We’ve recently paid off three multimillion dollar debts.”

I understand that things could be better, but when it comes to finances, we might be one of the better-off cities in America, even with our measly 58 homes a year.

This portion is absolutely correct. I-11 is going to have a big impact. No one knows exactly the impact, but the City Council’s and Chamber of Commerce’s efforts to understand and limit the negative impact is very commendable. The arguments in this section are worth reviewing and weighing as we move to make this important decision.

Then the punch line: It’s not too late. Randy Schams is willing to save us from ourselves. See, he’s bought some land outside of Boulder City that he could develop without our pesky growth ordinance and has asked we provide utilities. He is, however, willing to swap for some very prime real estate around Cascata Golf Course and, of course, some minor changes to the growth ordinance. Minor meaning almost three times as many homes per year and more than 10 times per developer — or at least this developer.

I am not opposed to Randy Schams. After all, if he pulls this off, you can’t deny he’s business-savvy. Also, for his cleanup of the trailer park on Nevada Highway, he should get Boulder City Resident of the Month (Do we have that? Does it come with a nice parking space?).

But we should not provide utilities to property outside our city. And as far as selling the land around Cascata for his dream of Boulder Highlands, we should consider it — along with every other developer that comes to the table with cash and a plan that fits into the growth outline that we as a people agree to. That is, if we want to sell that land at all.

Whatever we decide our growth rate should be, let’s make this very important decision in a way we can be proud of, not through misleading ads and back-door deals. That is how, as the ad proclaims, we can continue to be the best city in Nevada.

Nathaniel Kaey Gee resides in Boulder City with his wife and six kids. He is a civil engineer by day and enjoys writing any chance he gets. You can follow his work on his blog thegeebrothers.com.