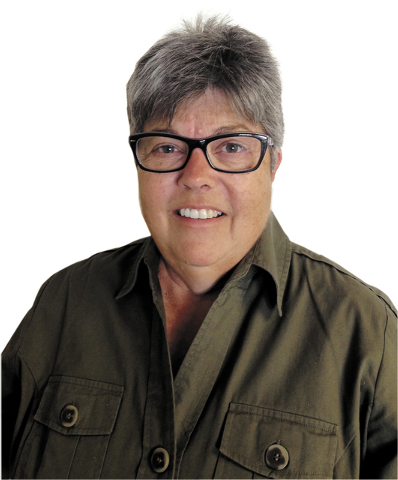 Whether you believe me or not, I’ve never, not once, asked for any specific gift for Christmas. I got what I got, and that’s how it was.

I remember my mom taking me to the Marshall Field’s store in Chicago when I was about 5 to see Santa, but I don’t recall talking to him. I vaguely remember my mother asking me why I didn’t ask Santa for anything and telling her I’d be happy with whatever came my way.

I guess, as a kid, I always thought asking Santa for toys and writing him letters was something kids on television did, and I certainly was no Kitten — that’s a reference to Kathy Anderson of “Father Knows Best” fame for those of you too young to remember. But as I approach 65, I’m going to put together my first Christmas list.

I want everyone, every nation and every ethnic group to stop fighting and killing. I don’t care why they’re causing death and destruction, they have to stop and stop now. Anyone continuing to fight, including the politicians making the decisions for their country or ethnic group to fight, will immediately be sent to the South Pole.

The transporting will be possible because by the time all the fighting and killing stops, we will have the technology to transport folks anywhere since I want everyone — man, woman and child — to have an education. By the time educating everyone in the world happens, we will have lots of geniuses in our midst. Another byproduct of educating everyone is the countless jobs created by the sheer magnitude of building schools and hiring enough teachers to go around.

I want clean water available to everyone in every corner of the world. Setting up the infrastructure for this would also create lots of jobs for people. I want everyone to have a job they love and are good at and make enough money to buy a house and pay the mortgage and taxes, and afford food and clothes and utilities and an education for their kids and be able to afford a vacation once a year.

I want all child abuse, drive-by and gang-related killings, domestic violence and animal cruelty to end. Think of all the time folks will have once they stop all that harm and exploitation!

I want to see all fatal diseases eliminated, which could be pretty simple once doctors can stop treating casualties of wars and the death and violence folks inflict upon each other.

I want all addictions to come to a halt. No need to spend time and money on a war on drugs. All those dollars go to education and job creation.

I want to see everyone respect our planet and use natural resources wisely.

I want public transportation systems to every place people travel so we have cleaner air, few, if any, traffic accidents, no more road rage and no more traffic jams.

I want heated streets and sidewalks so we don’t need snowplows and snow shovels and salt that makes potholes. That will also take care of some of those traffic accidents and bumper-to-bumper traffic.

I want teachers who get to teach reading, writing and arithmetic and not worry about getting sued by a parent who wasn’t pleased with the teacher’s methods or the treatment of little Johnny.

I want to hear people say what they think and use facts and common sense to back up their statements. Lying, twisting of the truth, spin and gross exaggerations will no longer be allowed.

I want everyone to be able to develop to their fullest potential and recognize their individual power and goodness while acknowledging and accepting cooperation as the only way to live together in peace and harmony.

I want people to answer my emails when I send them and not ignore me, stop talking on their cellphones when they’re crossing the street and move along down the aisles at the grocery store and not stand in front of what I’m reaching for.

I’m not holding my breath for Santa to bring me everything I’ve asked for, but I’m new at this and I’m not shy about asking.

Rose Ann Miele is a journalist and was public information officer for Boulder City for nine years. She can be reached at roseannrab@hotmail.com or at 347-9924.