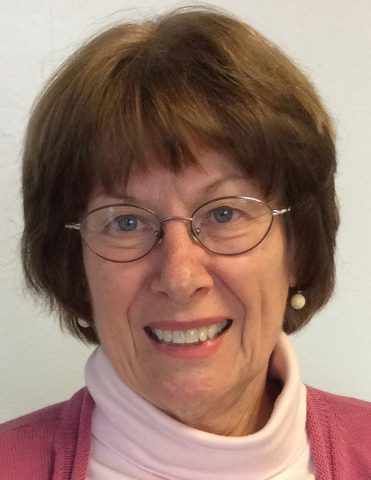 Michael Hiltzik, in “Colossus: The Turbulent, Thrilling Saga of the Building of Hoover Dam,” his comprehensive history of the dam, records the event: “With an eloquent oratorical flourish, FDR began his comments — ‘This morning, I came, I saw, and I was conquered, as everyone will be who sees for the first time this great feat of mankind.’ He continued, ‘Ten years ago the place where we are gathered was an unpeopled, forbidding desert, … The transformation wrought here is a 20th-century marvel.’”

It was a 20th-century marvel, but the Bureau of Reclamation, more concerned with functionality than elegance, adorned it with a Gothic-inspired balustrade and eagle statues. This design was criticized as being too unremarkable for such a grand structure, so Gordon B. Kaufmann, supervising architect for the Bureau, was tasked with redesigning the exteriors. He greatly streamlined the design and applied an elegant art deco style to the entire project.

Art deco, deriving from the French arts decoratifs, was introduced to the world at the International L’Exposition Internationale de Arts Decoratifs et Industriels Modernes staged in Paris in 1925. Art deco design was welcomed as a reconciliation of the industrial and the artistic. It was popular in the 1920s and 1930s, aligning with advances in engineering and technology.

Picture the solid, geometric shapes of the Empire State and Chrysler buildings in New York City, the elegant hotels of Miami Beach, the strength and simplicity of the grand curves of the Golden Gate Bridge in San Francisco and the sleek designs of modern automobiles and ocean liners. As described in the book “Essential Art Deco,” published by Paragon, they all have a starkly elegant and geometrically inspired aesthetic — rectangles, triangles, circles, arching curves — both artistic and functional.

Las Vegas, which was coming of age during the 1920s and 1930s, designed some of its public buildings based on the art deco style, including Las Vegas High School, which opened in 1931 and is now the Las Vegas Academy, and the original Las Vegas Post Office building on Stewart Avenue.

In the private sector, Railroad Pass casino in what is now Henderson is another prime example of art deco, with its curved facade and stacked, parallel, elongated rectangles. It opened in 1931 and remains the longest operating casino in the country. The old laundry building in Boulder City built in the 1940s is another art deco gem set in the midst of the arcaded, Spanish-influenced style of other buildings in the business district.

And the architectural style popular in the 1930s and 1940s continues to be important in the 21st century. The Smith Center, which opened in 2012, used art deco design to emphasize its connection to Hoover Dam. And Boulder City, the city that built Hoover Dam, has added features that emphasize its connection to the dam: the bus stop shelters along the highway are an example, as is the “Historic Downtown” arch at Buchanan Boulevard and Nevada Way, which incorporates replicas of the geometric water intake towers and a single “Winged Figure of the Republic.” The “Winged Figures of the Republic” standing at the entrance to the dam are bronze sculptures of strikingly sleek, elongated, stylistic design of the art deco aesthetic.

Most recently, with the progress being made on Interstate 11, you can see a bridge is under construction. This bridge, seen along the bypass as one drives around the curve turning east from Railroad Pass toward Boulder City, has pillars that are unmistakably art deco. They are pillars on a bridge on a highway that will take drivers directly from the 21st century to the “20th century marvel,” Boulder Dam, as described by President Franklin D. Roosevelt on Sept. 30, 1935.

Susan Stice McIntyre is a native of Boulder City and Boulder City High School graduate. She holds degrees in English and English literature, is a columnist for numerous publications and is currently co-authoring an English conversation text book.