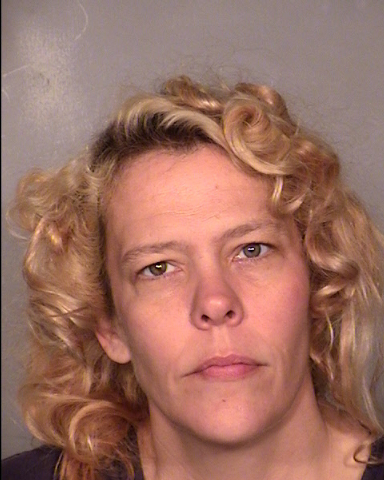 The cases involving two local burglary suspects will move to District Court because the suspects reached agreements with the Clark County District Attorney.

Alyssa Koligian, 39, during a Boulder Township Justice Court appearance Tuesday waved her right to a preliminary hearing in two cases where she is charged with 14 felony burglary counts.

Koligian’s case will be moved to District Court, where she has agreed to plead guilty to three burglary counts. Her arraignment is scheduled for 1 p.m. March 13.

Burglary suspect Christopher Nolan, 28, also waived his right to his preliminary hearing Tuesday in Justice Court and will have his case moved to District Court for a March 13 arraignment. He agreed to plead guilty to one count of attempted burglary, but if he meets certain requirements, the charge will be reduced to conspiracy to commit burglary, according to the district attorney.

Nolan is charged with felony counts of conspiracy to commit burglary, grand larceny and two counts of burglary. A misdemeanor theft charge was dropped.

On Tuesday burglary suspect April Bobadilla appeared for her Justice Court arraignment, during which a preliminary hearing was set for 1 p.m. March 11.

She was arrested Feb. 12 and is believed by police to be Nolan’s co-conspirator.

Bobadilla and Nolan are suspected of burglarizing two locations in August and November, one of the locations twice, police said.

At Bobadilla’s request, Judge Victor Miller reduced her bail from $37,000 to $10,000. She remained in custody as of Wednesday morning.

Protect yourself, others from COVID-19
By Boulder City Hospital To Your Health

COVID-19 hospitalizations have increased in Nevada and the virus continues to have an impact on our residents and economy even as restrictions are lifted. Due to the risks associated with COVID-19, Boulder City Hospital reminds everyone to take precautions to protect yourself and loved ones to limit exposure and the spread of the virus.

A Boulder City firefighter has been recognized by the Clark County Medical Society for his work coordinating the city’s emergency medical service program.

The school zone speed limit will not be enforced until in-person teaching resumes, according to the Boulder City Police Department.

Availability, access, utilization and stability are the four pillars of food security and, according to an article published in Science, researchers at the International Food Policy Research Institute found that food markets and suppliers continue to face ongoing disruptions from labor shortages and food demand shifts due to income losses and school and business shutdowns and slowdowns.

The number of coronavirus cases in Clark County is projected to continue its rise.

A steady stream of cars passed through the parking lot of the Boulder City Fire Department on Tuesday, July 14, morning as locals were tested for COVID-19.

Alzheimer’s most common type of dementia
To Your Health

Alzheimer’s disease is the most common type of dementia. It is a progressive disease beginning with mild memory loss, possibly leading to loss of the ability to carry on a conversation and respond to the environment.