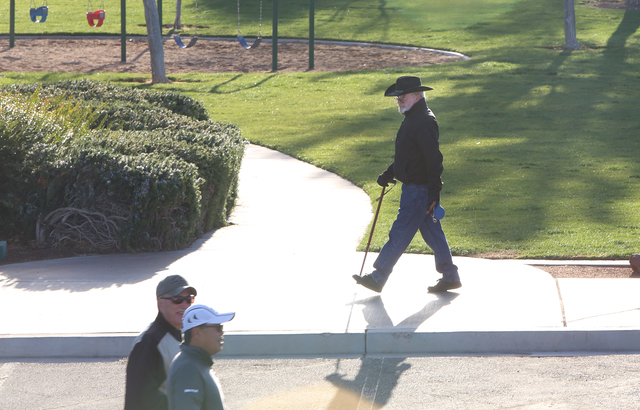 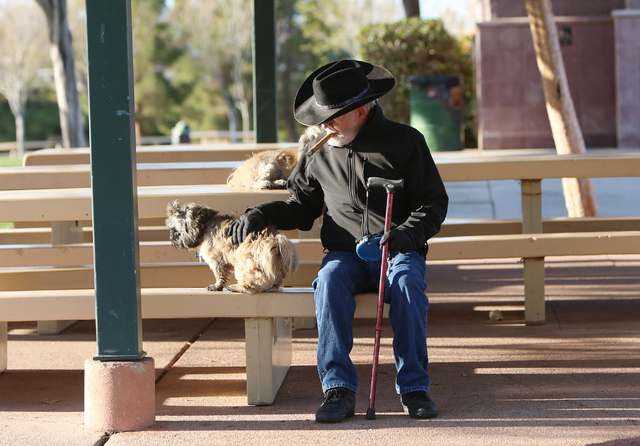 It appears that spring has sprung and the weather seems to rotate from too cold to too hot.

Daylight saving time will, once again, be upon us the morning of March 13 (ugh!), and where in the world did February go?

It’s easy to get caught up on all the what’s wrongs in our world today and miss the what’s rights that are right in front of us. I want to share just a few of those with you. I’ve been lucky enough to work here since 2002, and I can’t begin to tell you the wonderful humans I’ve had the pleasure to encounter. No matter what the need, I’ve been able to put the word out and have it met (and then some).

When a trailer full of sheep overturned on the highway, a few phone calls, and people from Boulder City, Henderson and even Las Vegas were lined up with horse trailers and strong backs to help wherever they were needed. Passers-by have leaped from their vehicles to herd chickens back to their houses, dogs out of the roadway and to learn that mountain sheep aren’t easily intimidated.

Wallets have been turned in full of the cards and cash they had when they were lost, expensive jewelry brought to us and, in one case, returned to the World War II veteran from whom it was taken.

We have neighbors scooping up toddlers wandering toward the street, people returning to the store to pay for items they weren’t charged for and nonmilitary families volunteering to honor those interred here.

Don’t lose sight of what an awesome place we live and the wonderful people that are a part of our lives. Now, let’s see what’s been happening around town.

Feb. 25. Suspicious: The caller states there is a subject in her home that she does not know but feels safe enough to wait for officers who find no one despite the lady pointing him out at 1 a.m. in the 200 block of Kaelyn Street.

Disturbance: The new landlord has cut off the water and power and the caller believes paying rent should not be a determining factor at 7:26 p.m. in the 1500 block of Nevada Highway.

Thought for the day: Big changes are happening in the area, and some folks are finding it a little disturbing.

Auto theft: The caller says his black Mercedes has been stolen in the last 10 minutes after he left the keys inside at 12:17 p.m. in the 500 block of Avenue B.

Thought for the day: The auto theft is quickly solved when the reporting party remembers that is not the vehicle he drove today.

Feb. 27. 911 call: The subject calls twice trying to obtain the nonemergency number for the fire department in case he needs it in the future at 1:25 p.m. in the 600 block of Northridge Drive.

DUI: The wrong-way driver narrowly avoids a collision but does not escape a night at the crossbar hotel at 11:29 p.m. in the area of U.S. Highway 93 and U.S. Highway 95.

Thought for the day: Using 911 for nonemergency purposes is a gross misdemeanor and comes with quite a hefty fine. Take our word for it, directory assistance (411) is much cheaper.

Feb. 28. DUI: The traffic stop is enhanced with the failure of the field sobriety test and another one heads to Henderson Detention Center at 12:31 a.m. in the area of U.S. 93 and Gingerwood Lane.

DUI: The “lubed up” female is making threats to shoot people who took her keys away then speeds away into our arriving arms at 12:53 a.m. in the area of mile marker 53 on U.S. 95.

Thought for the day: The trifecta of DUIs in less than two hours has our crew hopping.

Feb. 29. Foot: Officers participating in Joining Forces go out with a shopping cart rollover spilling contents all over the roadway at 10:19 a.m. in the area of Boulder Highway and Sunset Road.

Parking: The caller complains about vehicles parking in the red zone in front of the school despite her being cited for it recently at 2:35 p.m. in the 800 block of Adams Boulevard.

Thought for the day: Red curb means no stopping, and several citations are issued regardless of a variety of exceptions that are cited to officers.

March 1. Minor in consumption: Officers find both minor subjects under the influence and they are cited and returned to their parents at 12:36 a.m. in the 800 block of Nevada Way.

Family disturbance: The caller states that his sister is acting awful, throwing glass and has warrants with Metropolitan Police Department in Las Vegas at 12:55 a.m. in the 1600 block of Carse Drive.

Thought for the day: Metro declines to pick up the woman if she will leave the altercation but reverses its decision when she returns and starts another fight later in the evening.

March 2. Loiter: A person is loitering at the entrance to the dump with two shopping carts filled to the top, but the subject is picked up prior to our arrival — carts and all — at 9:40 a.m. in the 2500 block of Utah Street.

Assist: Officers assist the resident in making contact with a subject inside her son’s apartment at 2:10 p.m. in the 800 block of Del Sol Drive.

Thought for the day: The small child is taken home by the grandmother after the mother is unwell and unable to care for the child.

Call of the week: Suspicious: The caller is reporting a terrible smell of something burning but doesn’t see any fire and hopes it isn’t hamburgers. Officers arrive to find the owner burning scrap lumber, and no hamburgers are in sight at the corner of Nevada Way and Wyoming Street on Feb. 26 at 10:50 a.m.

Officer’s calm demeanor deceptive
By Aly Rashaad Beyond the Lights

This series of day-in-the-life stories provides a candid look behind the scenes of the Boulder City police officers who protect and serve Boulder City.

Many community members may remember standing in long lines at their elementary school, local armory or high school gymnasium in the early 1960s to receive the Sabin oral polio vaccine, drinking a red liquid from a tiny paper cup, that immunized millions, helped to eradicate polio, and is included on the World Health Organization’s List of Essential Medicines.

Michael Anderson was pedaling alongside some of his closest friends Dec. 10 on a stretch of highway near Searchlight, surrounded by miles of open desert, when a box truck plowed into the group of nearly 20 bicyclists and their safety escort vehicle.