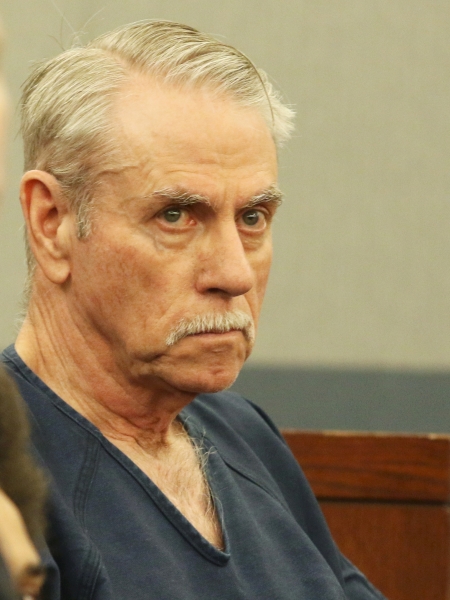 A former Boulder City rodeo trainer, accused of sexually assaulting five female victims, was sentenced to up to five years in prison Aug. 13 and ordered to register as a sex offender.

Peter Bennett, 68, also must undergo lifetime supervision and have no contact with children or the victims, Clark County District Judge Jennifer Togliatti ruled.

Bennett, who was indicted in 2013 on 34 charges, entered a plea in June to two counts of attempted sexual assault. Under an agreement, he did not admit guilt, but acknowledged that prosecutors had enough evidence to convict him.

The original charges involved victims ages 16 to 21 who said they were abused over a five-year period.

Prosecutor Stacy Kollins said the plea was negotiated in part to spare victims the trauma of testifying at trial.

Lifetime supervision, the prosecutor added, was “more important to us in this circumstance than another year or two in prison.”

A 95-page transcript of the grand jury testimony showed all five of the female victims testified.

One said Bennett reeked of alcohol when he pulled a 9 mm handgun and sexually assaulted her as he held the gun to her head. The victim said she didn’t immediately tell authorities because she was scared and embarrassed.

The victims all knew Bennett through the rodeo circuit and the Boulder City Horseman’s Association.

“We felt there were serious veracity issues regarding the witnesses,” he said. “Their credibility would have been attacked vehemently at trial.”