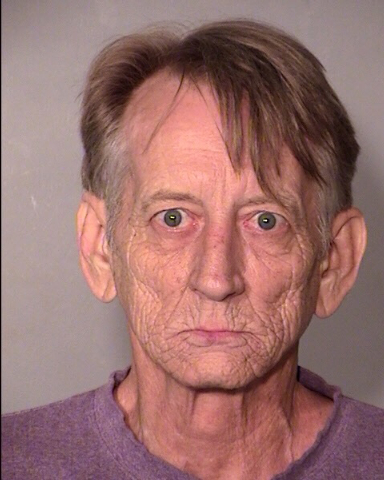 A man was arrested last week for selling marijuana grown in his Boulder City home, according to police.

“He’s not in much of a condition to put up a struggle,” Boulder City Detective Sgt. John Glenn said.

Under Nevada law, medical marijuana patients are permitted to grow seven marijuana plants for personal use.

For a year Boulder City Police have been investigating King, who twice sold marijuana to a confidential informant, said Glenn, adding that one of the sales occurred in mid-2013.

However, other evidence, including surveillance, played a part in the investigation before obtaining a warrant issued by Boulder City Municipal Judge Victor Miller, Glenn said.

“The buys alone don’t get us probable cause to get us into the residence,” Glenn said. “We have to get other information to get us our probable cause, and that takes time.”

King’s neighbor Anthony Jennings, who moved into the neighborhood in January, did not know about the arrest, however, he said he was “not surprised” to learn that marijuana was allegedly being grown next door.

Charli Powers, who lives a few houses away from King on Sorrel Road, said the arrest “sucks for the neighborhood.”

“It’s such a nice neighborhood,” said Powers, who has lived in the area for 16 years.