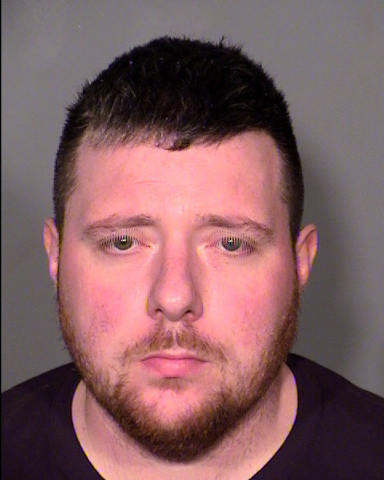 If found guilty, the man who police said robbed a Boulder City bank March 5 and a New Hampshire grocery store in February will likely serve his time in Southern Nevada before being extradited.

According to Boulder City Police Sgt. Aaron Johnson, Gerald Bickford entered the Nevada State Bank at 1000 Nevada Way about 9 a.m. and told the teller he was armed. Bickford left the bank with $840, Johnson said, and drove north on U.S. Highway 95 before being pursued by Nevada Highway Patrol.

According to WMUR-TV in Portsmouth, N.H., Bickford is wanted in connection to a Feb. 2 grocery store robbery.

Conger said the state where the more severe charges occurred generally takes precedence over the other state, so Bickford would serve time in Nevada first if found guilty.

“Ours are the heavier charges with the bank robbery,” he said.

Sgt. John Peracchi of the Portsmouth Police Department said they plan on working out the extradition details with their county attorney.

Peracchi said Bickford stole an undisclosed amount of money from the grocery store he robbed in Portsmouth. It is still unknown if he committed any other crime in between New Hampshire and Nevada.