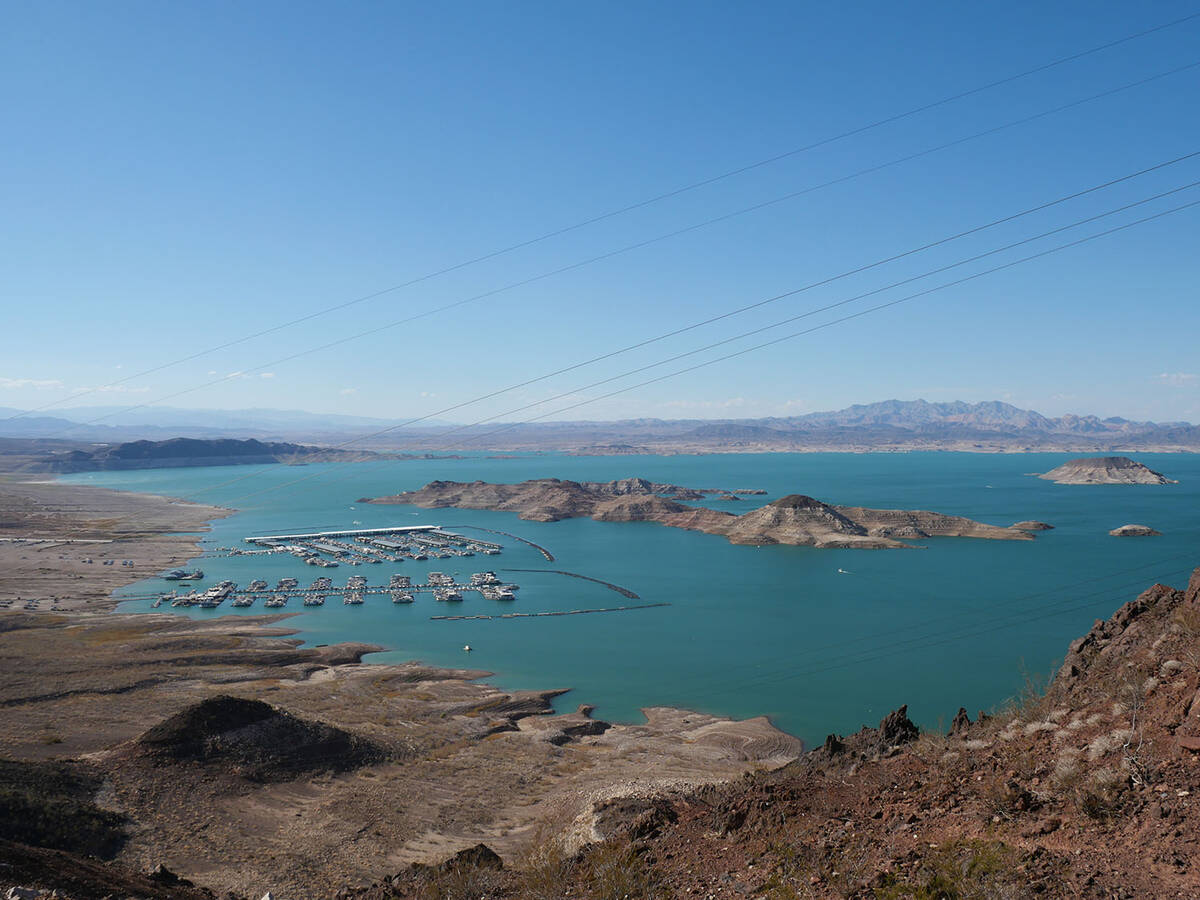 (Owen Krepps/Boulder City Review) Another set of human remains were found at Lake Mead on Saturday, Aug. 6. It is the fourth discoverey of remains at the shrinking lake since May.

The National Park Service stated that human skeletal remains were spotted at 11:15 a.m. Saturday, Aug. 6, in the Swim Beach area of the lake and were recovered with assistance from the dive team from Metropolitan Police Department in Las Vegas.

This is the second set of remains found at the same area in the park in two weeks.

On Tuesday, Aug. 9, the Clark County coroner’s office said that the human remains found Saturday might be from the same set of bones discovered July 25.

“At this time, the investigation into these remains includes working to determine whether the two sets of remains are from the same person or not,” the coroner’s office said.

This is the fourth body found at Lake Mead this summer. On May 1, a body was found in a barrel near Hemenway Harbor. On May 7, another body was found in Callville Bay; those remains are from a male between the ages of 23 and 38. The cause and manner of death is undetermined.

These bodies have added fuel to many conspiracies surrounding the history of the Las Vegas Valley and its connection to organized crime. Police believe the body found in the barrel was a man who died from a gunshot wound in the 1970s or 1980s based on the clothing and shoes on the body.

Las Vegas police Lt. David Valenta said Tuesday, Aug. 9, authorities continued to examine missing persons reports from Southern Nevada, many of them from the 1970s when the body was likely dumped, in an effort to solve the mystery of the body in the barrel.

“We are testing and doing all sorts of DNA stuff,” Valenta said. “Old missing person cases. We are looking for familial DNA from multiple (people.) We don’t have anyone positive that we think, ‘This is the person.’ Right now it is a wide net.”

After the July discovery, the National Park Service issued a statement noting that the sets of remains could have ended up in the lake a variety of ways.

“Lake Mead NRA has a storied history in its 90 years as a National Park Unit with a variety of cultural and historical artifacts: from plane crashes and Hoover Dam construction equipment, to Native American artifacts that tell the story of the Southwest,” the park service said. “As water levels recede and fluctuate, it is possible that artifacts that we do and don’t know about may emerge; including human remains from previous missing person reports.”

The park service said that when Lake Mead was at its highest elevations in the mid-1980s through early 1990s, recovery efforts for bodies may have been unsuccessful because of diving depth limitations for search and rescue teams.

“However, lowering water levels may help to answer old missing person cases and give families some closure,” it said.

Lake Mead National Recreation Area stated that visitors are prohibited from independently searching for human remains and if they find them, to call the park’s dispatch and not disturb the body.

Bodies aren’t the only thing being found at Lake Mead. Ships such as a World War II-era landing craft have been found less than a mile from Lake Mead Marina and Hemenway Harbor.