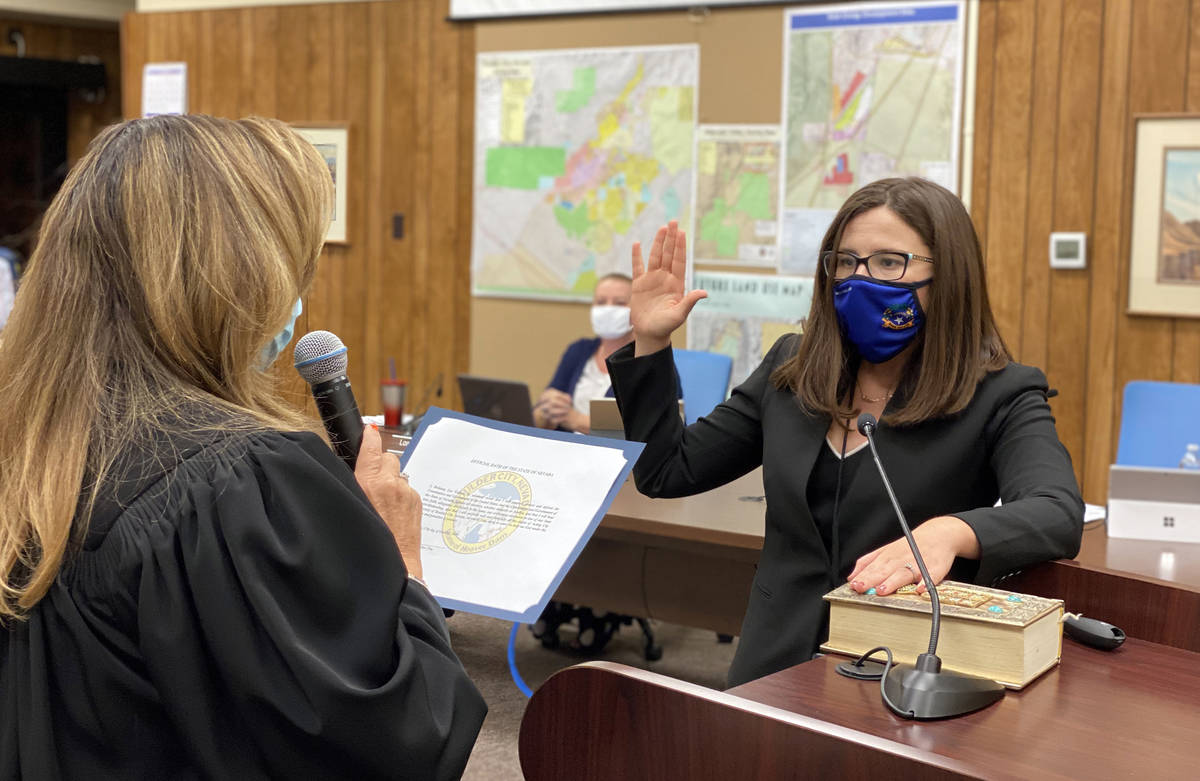 At its Tuesday, Oct. 27, meeting, City Council approved having a piece adjacent to 1020 Industrial Road forwarded to the Planning Commission for its recommendation on whether it should be added to the process.

The land management process is an ordinance that helps give council a way to deal with city-owned land.

“This year we only had one application submitted,” said Acting City Manager Michael Mays.

Resident David Floyd submitted the application. He owns the parcel at 1020 Industrial Road and wants to buy the 1.5 acres adjacent to it to develop six to 14 high-end boat or RV storage spots. The land is currently zoned Recreational Vehicle and designated for manufacturing in the city’s master plan. If the purchase goes through, there could be 14 storage spots. If not, there he will probably add six on his current property.

“This is just an initial step,” Mays told council members.

“Assuming we go forward, what would be the next step?” asked Councilwoman Claudia Bridges.

Mays said it would be moved to the Planning Commission, and it would issue a recommendation about whether to add the parcel. The recommendation would then come back to council members in February as part of the annual update to the land management process list.

“It refers to lofts … do you have any idea of what that entails?” Mayor Kiernan McManus asked.

Mays said parts of the city code and zoning do allow for adjacent housing to the storage facility, but Floyd had said his primary purpose is boat and RV storage.

McManus said the area around the parcel has a lot of storage so this request is “certainly a compatible use.”

The 1.5 acre parcel has not yet been approved for sale by the voters. It would also need to be rezoned and have its use changed in the master plan should the sale go through.

During the meeting, council also unanimously approved amending a city ordinance to change the parking standards for homes.

Mays said the text amendment would allow a gravel or landscape rock secondary driveway on single-family lots or mobile home sites instead of a concrete one. It would have to access the main driveway or alley.

Resident Randall Lemos requested the text amendment so that he and others could drive an RV or trailer from their main driveways to a secondary one in the back or side yard without having to install concrete. He also said it was about restoring rights to property owners with what they could do on their property.

McManus said he believed the amendment would increase safety for drivers, pedestrians and children by taking more vehicles off of the streets.

“There are concerns that get expressed to me fairly often from residents that these large vehicles out on the street block views, present potential danger to children running out into the street and not being seen. … I do think if we can get more of these vehicles out off the street that adds to safety,” he said.