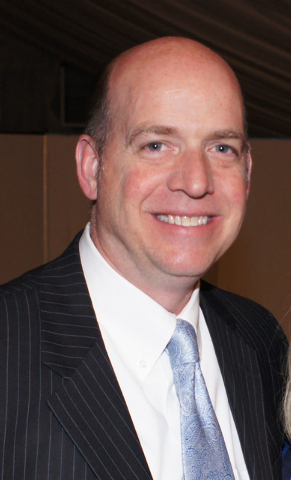 Council members weighed Fraser’s performance for the first time since June after he completed his first six months. During the June evaluation, Fraser was given a list of goals, including working on acquiring collective bargaining agreements with eight unions, fixing information technology issues within the city, acquiring solar leases and addressing audit concerns within the police department.

Fraser said his staff is making improvements in several areas. He’s already acquired six of the eight bargaining agreements, and has revamped the IT department by reducing printing costs, which will save Boulder City $20,000 a year.

Councilman Cam Walker was high on Fraser after his six-month evaluation, but was more critical of him Monday night. Walker told Fraser he must address the audit process more, as well as the lack of leases. He suggested Fraser add more staff if that’s required.

“No one likes growing government, but we have more needs,” Walker said.

Fraser said he’s worked diligently with solar companies to acquire leases, but cited the market’s weakness as the main reason for the delay.

“That’s why we don’t have more of our solar companies in operation right now,” he said.

Councilman Rod Woodbury praised Fraser for his fiscal management, but reminded him to focus on his long-term goals, and to be more assertive in his decision making.

“Fifty percent of the people aren’t going to like you, but that’s just the nature of the beast,” Woodbury said. “You have to take a stance.”

Council members also said they want Fraser and his staff to focus on Interstate 11. Fraser told them it remains an important concern as the possibility of acquiring new leases for development near the interchange could boost the city’s economy.

“It’s pretty clear to me that Dave knows what he’s doing,” Councilman Duncan McCoy said. “Our fiscal management is pretty good, and it’s only going to get better.”

In his comments to the council, Fraser praised Police Chief Bill Conger for the work he’s done since being appointed to the position in March 2013.

“I think he’s been a tremendous addition to the community and to the department,” Fraser said. “He has absolutely lived up to and exceeded all of my expectations.”