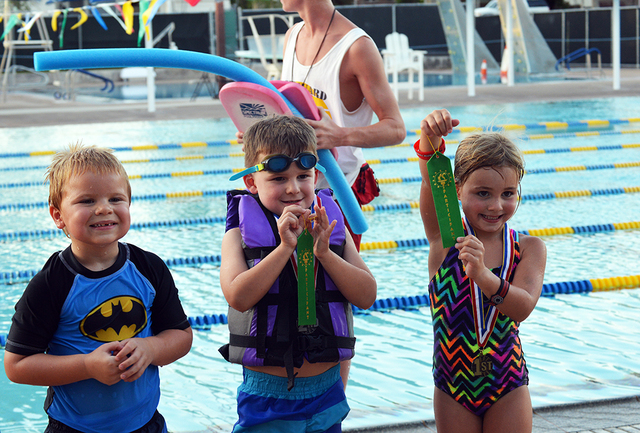 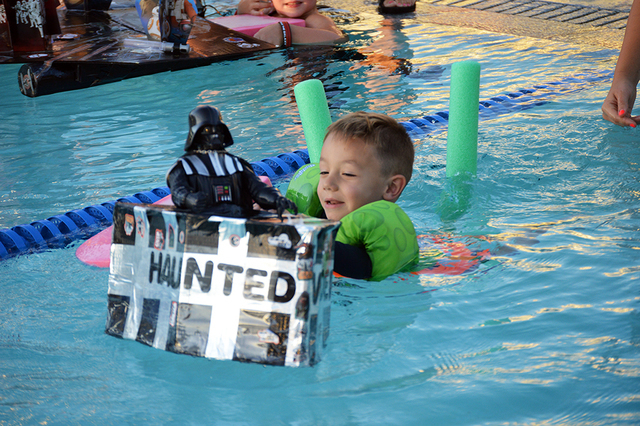 Colton Arioste, 4, paddles his Darth Vader boat to the finish line at the Boulder City Cardboard Boat Race on July 20. Colton didn’t win the race but he finished with a smile. Max Lancaster/Boulder City Review 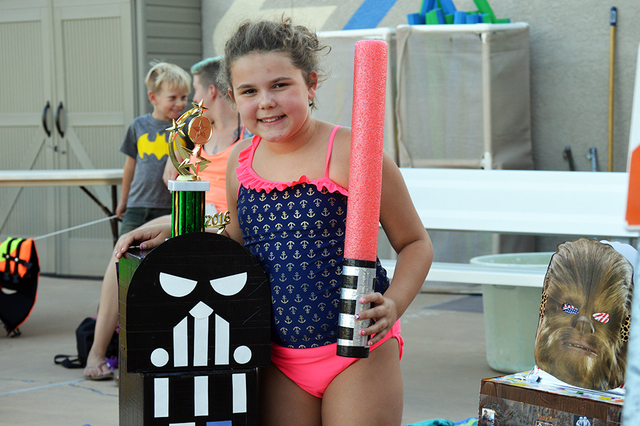 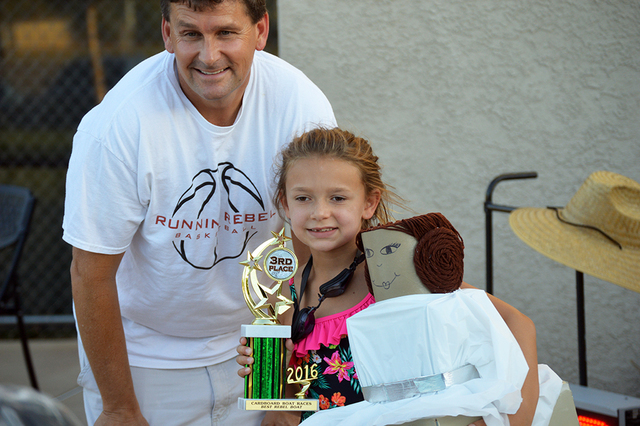 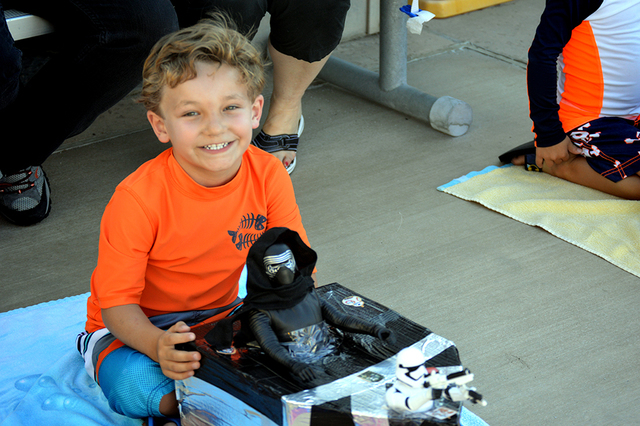 Cash Arioste, 5, shows off his Imperial boat with Kylo Ren as the pilot. Cash's boat made it safely across the pool during the 16th annual Cardboard Boat Race at the city's municipal pool. Max Lancaster/Boulder City Review

Colton Arioste, 4, paddles his Darth Vader boat to the finish line at the Boulder City Cardboard Boat Race on July 20. Colton didnt win but he finished with a smile.

Mekenzie Martorano, 7, is presented the third-place trophy for best Rebel boat by Mayor Rod Woodbury during the parks and recreation departments 16th annual Cardboard Boat Race on July 20. Mekenzie said getting the award was cool because she doesnt get awards often.

Cash Arioste, 5, shows off his Imperial boat with Kylo Ren as the pilot. Cashs boat made it safely across the pool during the 16th annual Cardboard Boat Race at the citys municipal pool.