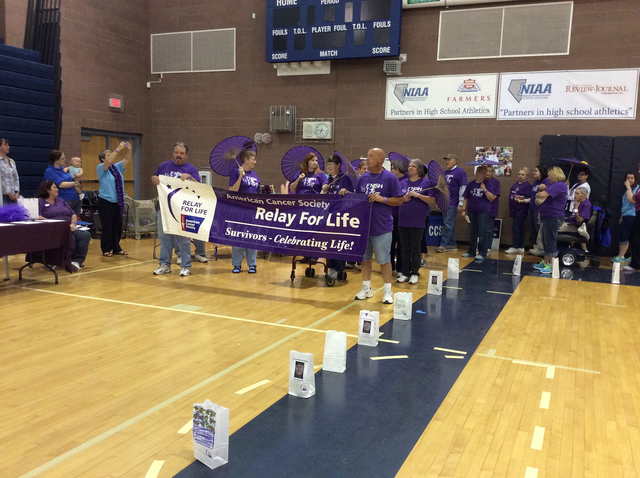 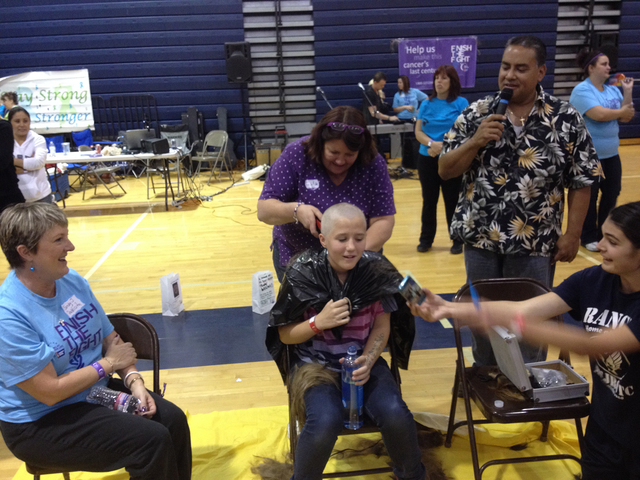 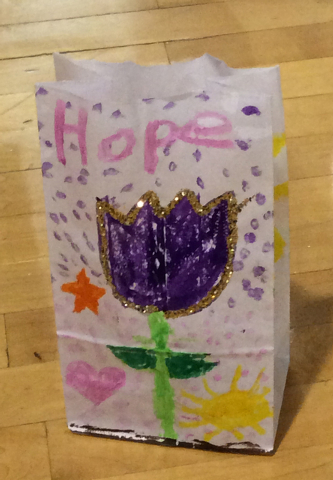 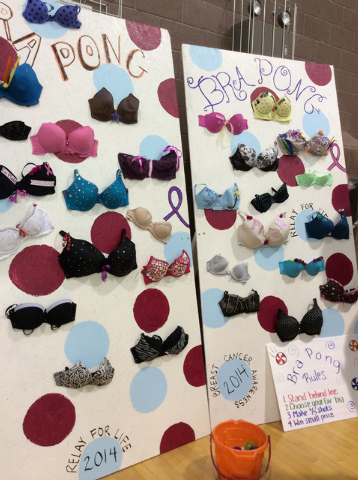 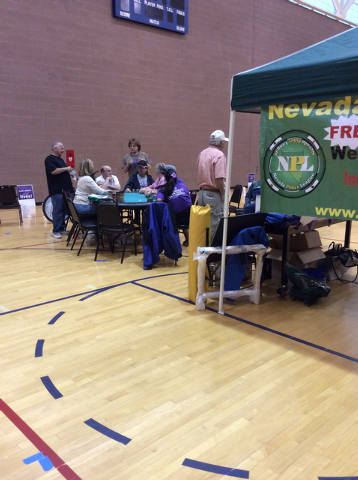 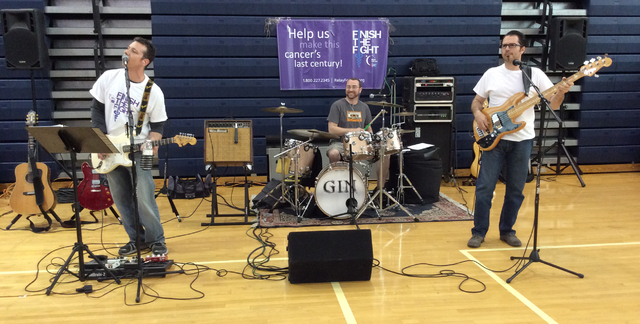 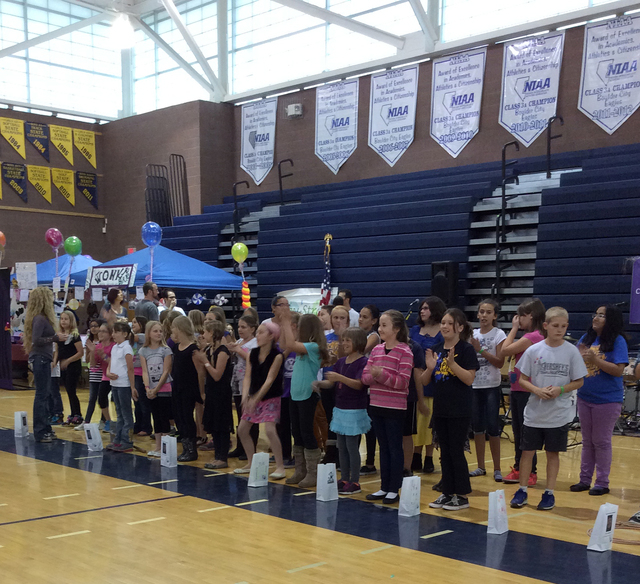 Boulder City residents gathered Friday night and walked the perimeter of the gym at the high school till dawn to raise funds for the American Cancer Society.

The annual Relay For Life has raised $26,400 so far, with donations expected to continue coming in until August. Lights, Camera, Relay! was the theme of this year’s event.

In addition to walking, the evening’s festivities included musical entertainment, games, food, a silent auction and more. Several of the laps were themed, such as those where participants walked in their pajamas, held a scavenger hunt, posted pictures and comments on various social mediums and passed a baton.

Highlights of the night were the opening survivors’ lap, featuring those who have battled or are battling cancer, and a luminaria ceremony during which specially decorated luminarias/bags are lit to pay tribute to those who have cancer or have died.

Traditionally held on the school’s outdoor track, the event was moved indoors because of high winds and possible rain. 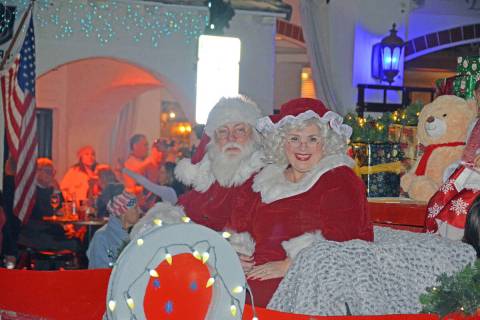 Jingle Cat dances to some Christmas music before the community Christmas tree at Frank Crowe Park is lit Friday. 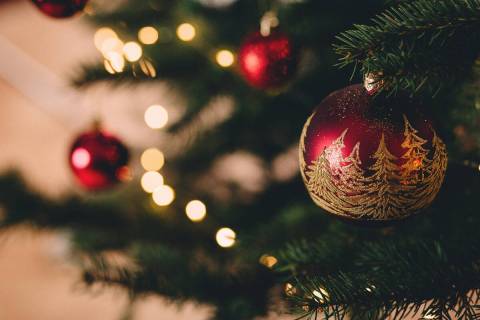 Keeping a natural Christmas tree alive and well through New Year’s should rank high on your holiday to-do list. The aesthetic of a robust tree speaks for itself, but more so, a dried-out tree can become a fire hazard. 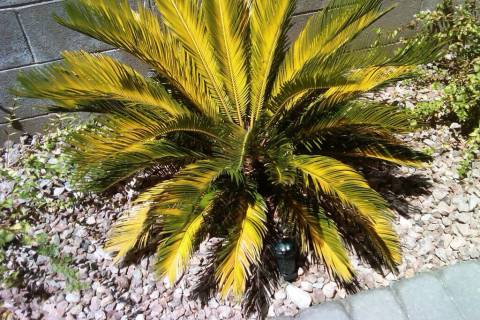 Q. You recently gave me some advice on planting a crepe myrtle tree. I dug the planting hole as deep as the container and five times wider, but I didn’t do a water percolation test to make sure the planting hole drained water. I backfilled the hole with a 50/50 mix of the existing dirt plus a rich Viragrow compost. However, a soil sensor constantly registered a “10” (very wet) even for weeks after a single watering.