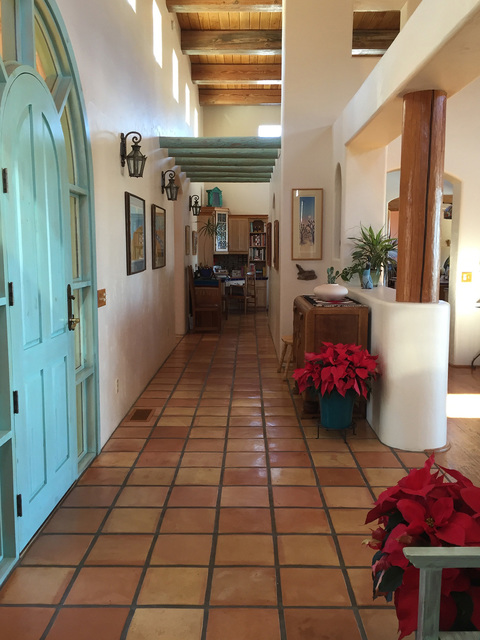 Courtesy photo Featuring the look of an adobe hacienda, this home on the American Association of University Women's 41st annual Home Tour incorporates reclaimed lumber for the beams. 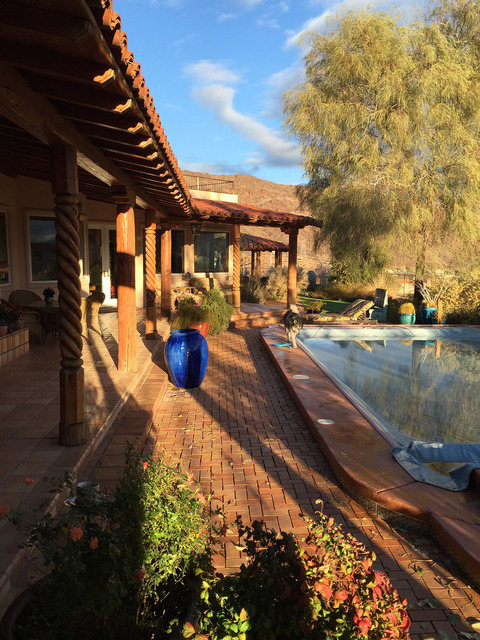 In a unique twist to its tradition of showcasing local houses decorated for the holidays during its home tour, the American Association of University Women has one site where residents will be looking for a home to call their own.

As part of its 41st annual event, which is scheduled from 1-4 p.m. Dec. 10, the Boulder City Animal Shelter on Yucca Street will be opening its doors for people to see the 5,000-square-foot facility and possibly find and adopt a new family member.

“This will give the public an opportunity to see what the shelter is all about,” said Ann Inabnitt, shelter supervisor. “We are true the meaning of the word and shelter the animals. We want people to see how the animals really live. They have nice caging and kennels, beds and toys.”

She said her goal is to help remove the negative connotation of an “animal pound” and show people that the shelter is not a sad place.

A bonus for Inabnitt would be having at least one animal finding a new home. Additionally, there will be four homes on the tour, as well as the Boulder Dam Hotel, where the event begins and ends.

Among the residences to be featured is one of the city’s first privately built homes. The two-bedroom, one-bath house was built in 1941 and features a brick, wood-burning fireplace. The bathroom features decades-old green tile. Residents have worked to retain and honor much of the home’s history, said Lue Ann Amburn, who organized the home tour.

International travels, particularly through Europe, influenced the redesign of another home on the tour. Visitors will be able to see the new look, which repurposed old materials left behind by previous owners.

Another home offers sweeping views of the Eldorado Valley, which the builder studied extensively before deciding how to best position the residence to take advantage of the hillside location. The 6,100-square-foot home has four bedrooms and five and a half bathrooms. It is filled with antiques, Boulder City memorabilia as well as pieces from the old Treasure Island casino.

Throughout the event, the Boulder City Art Guild will be open for visitors, as will the Boulder City-Hoover Dam Museum, both of which are located within the historic hotel.

Amburn said there will be 31ers dressed in period attire at the museum. The group is comprised of family members of those who lived in Boulder City as the dam was being built, or someone who has lived in the city for at least 31 years.

New this year is a silent auction in the lobby of the hotel. An assortment of items and gift baskets will be offered between 11 a.m. and 3 p.m. The highest bidders will be notified after 4 p.m., Amburn said.

Proceeds from the home tour and auction will be used by the association to provide scholarships to women who are returning to school.

AAUW will provide maps for the self-guided tour, as well as water.

Addresses to the homes are given only to those who purchase tickets to help protect the homeowners’ privacy.

Tickets for the home tour are $10 each and can be purchased from any club member, in the lobby of the Boulder Dam Hotel or by calling Amburn at 702-338-8862.